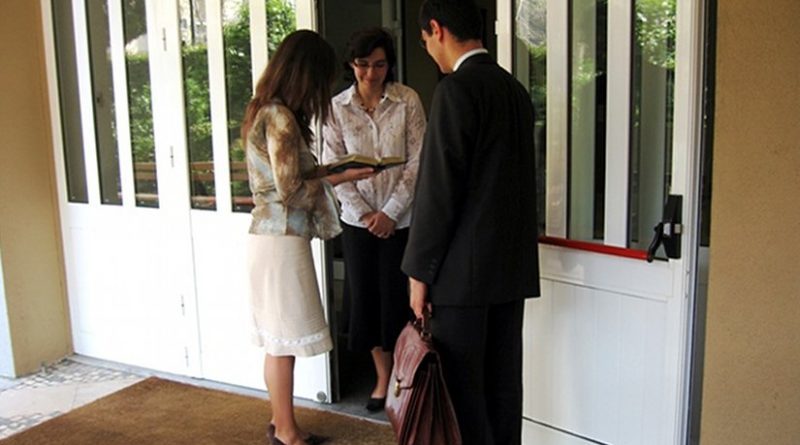 Moscow increased its repression of various religious groups at odds with the four traditional faiths of Russia, but the most persecuted in Russia in 2018 by far have been the Jehovah’s Witnesses, against whom at least 62 criminal cases have been opened and 49 of the faithful confined in preliminary detention centers or under house arrest.

One striking characteristic of the Russian campaign against the Jehovah’s Witnesses is that all these cases have been initiated outside of Moscow and St. Petersburg, as if the authorities wanted to test their repressive mechanism there beyond the prying eyes of opposition media and Western diplomats, Anton Chivchalov says (credo.press/221812/).

The Credo portal religious affairs expert says that all these actions have their roots in the 2017 Supreme Court decision labelling the Jehovah’s Witnesses an extremist organization and liquidating all 396 religious communities affiliated with the Witnesses in Russia. But the actions of local police, prosecutors and courts have little to do with legal niceties.

They treat being a Jehovah’s Witness as a crime in and of itself, a violation of the Russian Constitution and international law, and something that has drawn protests from human rights groups inside Russia and international legal organizations which have pointed out that the Russian approach makes all of the Witnesses in Russia potential victims.

The Russian authorities deny that is true even though case after case showed that it is, that Jehovah’s Witnesses are being convicted of crimes not for any “terrorist” activity but simply for being members of that denomination.  Russian law enforcement personnel know that is what their bosses want, Chivchalov says; and the government has never said otherwise.

The hypocrisy and duplicity of the Russian authorities in response to these charges has “confused even themselves” as was demonstrated when Vladimir Putin himself “unexpectedly declared that he did not understand why the Jehovah’s Witnesses were being pursued. [They] are also Christians; for what they are being persecuted, I also do not understand very well.”

Those who try to defend what Russian courts are doing say that the Russian authorities are only defending themselves against those who are banned in Europe, won’t serve in the army, and won’t take their children to hospitals. “All three of these asserts are untrue.” But few in the Russian establishment care.

“Truth,” the Credo journalist says, “isn’t much in demand, but lies are spreading like a forest fire.” One can only hope and pray that the situation will get better in 2019.