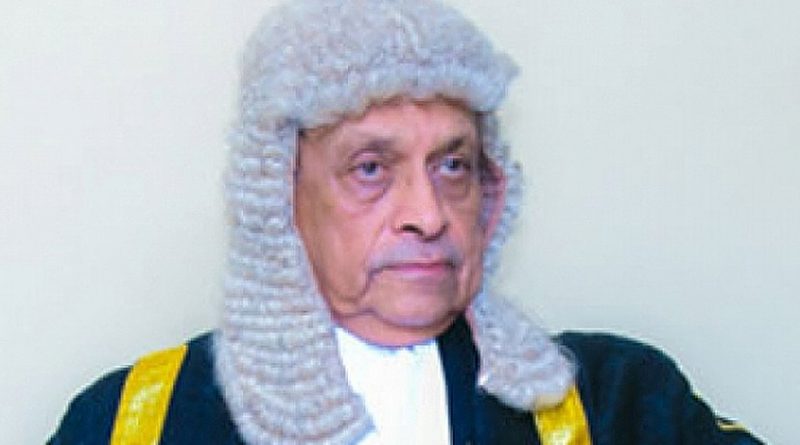 Speaker Karu Jayasuriya made an earnest plea from religious leaders to raise their voices against racism and in support of the abolishing of the Executive Presidency in the coming year.The Speaker’s Media Division in a press statement yesterday said that the Speaker made the above request during a special meeting with multi-religious representatives at the Speaker’s official residence on Wednesday.

The Speaker spearheaded a “multi-religious conference” following the racial tensions in Kandy and Ampara early this year. With the multi-religious representatives of this initiative, he held special meetings in Kandy and Ampara to promote national harmony and reconciliation. Speaker Jayasuriya meeting those multi-religious representatives on Thursday requested their leadership to denounce the attempts to incite ethnic and religious hatred in the North and the South while observing that certain political figures were also behind such attempts.

The Speaker at the meeting pledged his unwavering commitment to abolish the Executive Presidency in the same way he committed to uphold good governance and ethical conduct from the very first day he entered into politics. He made that comment recalling how hard he committed to the 17th Amendment to the Constitution.

The Speaker also recalled that it was late Ven. Maduluwawe Sobitha Thera who lined up the masses against anti-democratic and emerging autocratic rule in the country then. “That social movement was necessary not to bring in one individual to power but to empower democracy by implementing a set of common policies. Setting up of the Constitutional Council and independent commissions, and establishing the right to information law and independence of judiciary were achievements within a short period, but it is unfortunate that we could still not achieve the goal of abolishing the Executive Presidency,” the Speaker commented.

The Speaker also pointed out that the trust between President Maithripala Sirisena and Prime Minister Ranil Wickremesinghe gradually deteriorated after the Local Government polls were declared. “I continuously tried to make peace between them. It was true that the President offered me the Prime Minister post on several occasions, but I didn’t want to accept any post which the people had not given me a mandate,” he added.

The Speaker, explaining on the challenges he faced during the seven weeks from October 26, said that he was determined not to give in to thuggery.“I knew the risk. There were threats of acid attacks against me inside the Chamber, but had I not taken that risk, it could have been a dark day for the Parliamentary system of our country. Who won in the past two months is not important as the country lost a great deal during that time,” he remarked.

He however pointed out that the assurance that we have an independent judiciary was a positive outcome of the political crisis. “From now on, nobody will talk about the need for the intervention of international judges into our country’s affairs,” he said.The Speaker requested the religious leaders to play the role of reconciliation as disputes between the President and the Prime Minister, being two centres of power, are harmful to the country though thereseems to be temporary settlement.