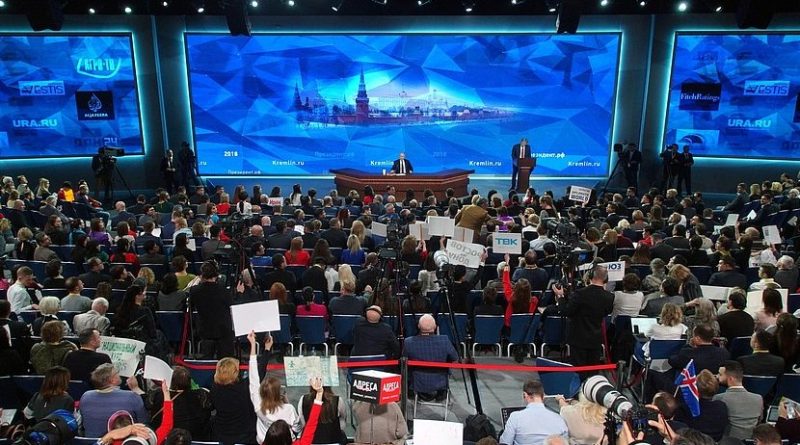 Weapons of dazzling murderousness have always thrilled military industrial establishments.  They make money; they add to the accounts; and they tickle the pride of States who manufacture them.  From time to time, showy displays of restraint through arms limitation agreements are made.  These can apply to either the offensive element of such weapons, or their defensive counters.

The calculus of death is often premised on ensuring that, for every destructive advance made, some retarding force accompanies it.  By way of example, nuclear warheads spraying a country can be countered by anti-defence missiles.  However, the nature of such a defence should never be impregnable.  The balance of terror must be maintained in these acts of amoral accounting.

Of late, treaties restraining the deployment of weapons that gallop ahead of such a balancing act have been confined to shredders and dustbins.  There was the Intermediate-Range Nuclear Forces Treaty (INF), a reminder of a thawing period between the Soviet Union and the United States from 1987.  It prohibited the fielding of land-based missiles with ranges between 500 and 5,500 kilometres.  But President Donald J. Trump has never been a man for history, treating it as an encumbrance on the United States.  Violations by Russia were cited, with the 9M729 missile singled out as a stand out culprit.  Russia duly countered; the United States’ Aegis Ashore facility based in Romania could technically be used to launch missiles in breach of the treaty.  Both countries have now confined the document to oblivion.

The last nuclear arms control treaty existing between Russia and US is the lonely 2010 New START treaty, dealing with the number of strategic nuclear missile launchers.  Expiring in February 2021, the sense that it will go the way of others is genuine.

Withdrawing from such arms control treaties has led to a widening in the field of experimentation, and few are as exciting for the merchants of death than the hypersonic missile, best described as a form of gonzo weaponry.  Hypersonic weaponry emphasises unstoppable speed, travelling, at the minimum five times the speed of sound, but are noted for their infuriating agility in the face of defences.  The military accountants are smacking their lips; sales for such weapons are predicted to reach $5 billion in the next decade.  Such armaments inclined outfits as JP Morgan see money-making opportunities or, in the sanitised words of one of its analysts Seth Seifman, “substantial growth potential by the mid-2020s.”

Russia, China and the United States have active programs in the field, but it is Russia that claims to have stolen a march on everybody else.  As Defence Minister Sergei Shoigu announced as hospital staff announce the delivery of a prized newborn, the “Avangard hypersonic glide vehicle entered service at 10:00 Moscow time on 27 December”.  Strategic missile forces chief Gen. Sergei Karakaev has revealed that the Avangard has been deployed in the Orenburg region in the southern Urals.

In contrast, US Defense Secretary Mark Esper claimed in August that “its probably a matter of a couple of years” before the US could obtain such a system.  Reaction from Washington to the announcement was one of quiet acceptance.

Russian president Vladimir Putin is enthusiastic, and confident enough, to proclaim the Avangard system as singular. “Not a single country possesses hypersonic weapons, let alone continental-range hypersonic weapons.”  This is the true chest-thumping bravado of the old Cold War days, when the Soviet Union could claim to be streets ahead of others in the field of missile technology. “The Avangard is invulnerable to intercept by any existing and prospective missile defence means of the potential adversary.”

The Avangard system is a toy of some joy for those who admire the attributes of deliverability, flexibility and manoeuvrability.  It is nuclear capable, able to carry a nuclear weapon with a yield of two megatons.  And it is blisteringly fast, coming in at 27 times the speed of sound.  As Putin said in March 2018 during his state-of-the-nation address, “It heads to target like a meteorite, like a fireball.”

A new race has opened up and the field is looking increasingly crowded.  Lockheed Martin is being commissioned “to design and build a hypersonic vehicle”.  It notes the “complex engineering and physics challenges” involved in reaching speeds of Mach 5.  “As one of the Department of Defense’s highest technical priorities, our scientists and engineers are developing game-changing hypersonic solutions.”

Reading the inventory of the company’s dizzying array of systems is candy to the militarist baby.  There is the Hypersonic Conventional Strike Weapon (HCSW), a “hypersonic boost glide vehicle” designed to be launched from the B52.  Then comes the Long-Range Hypersonic Weapon (LRHW), leveraging “the common hypersonic glide body” which will include “a new class of ultrafast and manoeuvrable long-range missiles with the ability to launch from ground mobile platforms.”

Boeing is intent on adding to the run, keen to invest in a British company specialising in “advanced propulsion systems that could power a hypersonic vehicle.”  A slew of other outfits are also sinking their teeth into the market.  Raytheon and Northrop Grumman announced in June that a joint team was “quickly developing air-breathing hypersonic weapons to keep our nation ahead of the threat.”

For all the bravado one tends to see in the defence industry across countries, worries are discernible in the Pentagon.  The hypersonic system supposedly mocks and scorns current defences; the fear that they will be fully operational before credible deterrents are put in place is the sort of thing analysts lose sleep over.  As US Air Force General John Hyten explained to the Senate Armed Services Committee on March 20, “We don’t have any defence that could deny the employment of such a weapon against us.”

Michael Griffin, undersecretary for research and engineering, is intent on making his mark.  “I did not take this job to reach parity with adversaries.  I want to make them worry about catching up with us again.”  But he finds himself, and the United States, short in the field.  “The United States is not yet doing all that we need to do to respond to hypersonic missile threats.”  A few ideas are being floated, including the placement of detecting sensors in space.

Whatever the merits of Putin’s expansive claims on the Avangard system – and these remain hard to test – they furnish the military establishments across the globe a boon to seek further funding and experimentation.  The balance of terror, the ledger of doom, is set for a shake-up.