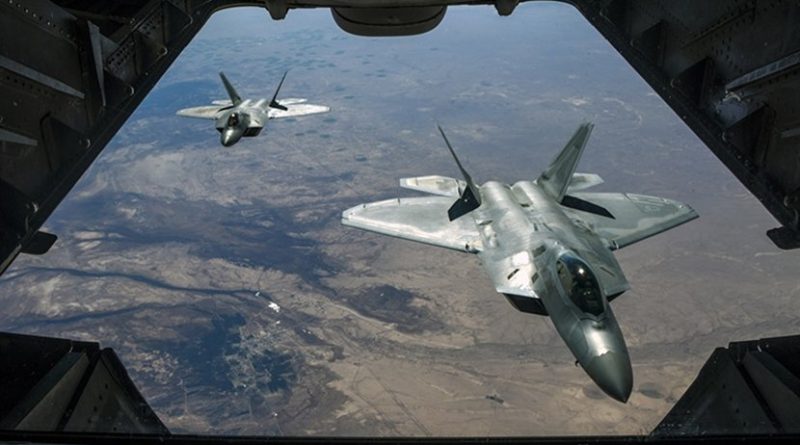 An Iran-backed militia threatened revenge Monday in response to U.S. airstrikes against its positions in Iraq and Syria, which killed at least 25 people.

The warning from Kataeb Hezbollah came as Iran’s foreign minister condemned the U.S. attacks as violating Iraqi sovereignty and amounting to an act of terrorism.

Esper identified the targets as weapons storage and command and control facilities.

The airstrikes were carried out in response to a rocket attack Friday on an Iraqi military base in northern Iraq that killed a U.S. defense contractor.

Esper spoke from the Florida resort where President Donald Trump is spending a holiday break. Also there to brief the president was Secretary of State Mike Pompeo, who said the Iraqi base hit Friday has seen multiple attacks.

“What we did was take a decisive response that makes clear what President Trump has said for months and months and months, which is that we will not stand for the Islamic Republic of Iran to take actions that put American men and women in jeopardy.

Kataeb Hezbollah is part of the state-sanctioned militias operating in Iraq know as the Popular Mobilization Forces.