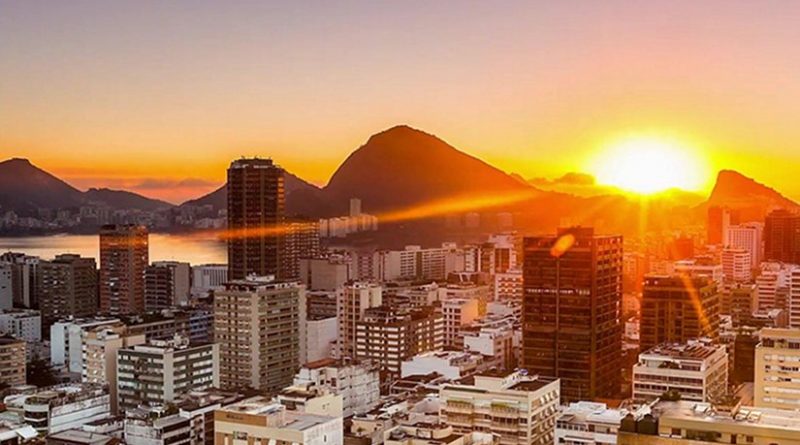 People who live in poorer cities have a higher risk of being hospitalised if temperatures change quickly through the course of a day or over a short period, according to a study undertaken in Brazil.

While it was known that temperature variations increased the risk of disease and mortality for people with conditions such as diabetes or asthma, researchers wanted to understand the impact of socioeconomic indicators, such as monthly household income.

Paulo Saldiva, a senior professor at the medicine faculty of the University of São Paulo and co-author of the research published in The Lancet Planetary Health, told SciDev.Net: “These disparities are for everything you can think of, from COVID-19 to cardiac problems.”

By analysing data from about 148 million hospitalisations in 1,814 Brazilian cities from January 2000 to December 2015, researchers found that an increase of one degree Celsius in a given day, relative to the day before, increased the risk of hospitalisation by 0.52 per cent on average.

While the numbers might seem low, the real risks can be much higher because “temperature variability can change by several degrees from day to day”, says Ben Armstrong, a professor in epidemiological statistics at the London School of Hygiene and Tropical Medicine, who did not take part in the study.

Researchers found disparities between municipalities. People aged under 19 or over 60 years old, and those with infectious, respiratory and endocrine diseases from cities of lower income levels were at greater risk of hospitalisation due to temperature changes than those from affluent cities.

The analysis was based on city-level socioeconomic statistics from the Brazilian Institute of Geography and Statistics, hospitalisation data from the Hospital Information System of the Brazilian Unified Health System, and daily weather reports from a peer-reviewed Brazilian meteorological dataset.

The team found that people with endocrine diseases, such as diabetes, in lower-income cities were almost four times more likely to be hospitalised than those with a similar condition living in high-income cities.

People with infectious diseases in poor cities were almost three times as likely to be hospitalised because of abrupt temperature changes than their counterparts in affluent cities, and it was a similar picture for respiratory diseases.

Diabetes and respiratory diseases are not caused by temperature variability, but can be adversely affected by it. The capacity of our blood vessels to swell when it is hot or constrict when it is cold is an important safeguard against abrupt temperature changes, Saldiva explained.

“With uncontrolled hypertension or diabetes, people can have atherosclerosis, which rigidifies blood vessels. That makes it harder for them to cope with temperature variation because their thermal regulation functions don’t work so well anymore,” he added.

Armstrong told SciDev.Net: “These results are quite striking, as the association between socioeconomic status and vulnerability gets really clear here.”

People from lower-income cities often lack good housing structure and air conditioning, “and many people in rural areas work outdoors, being directly exposed to the heat and daily temperature variations,” said Sonja Ayeb-Karlsson, a professor at the United Nations University’s Institute for Environment and Human Security, who did not participate in the study.

“Additionally, poorer diets and financial stress add to the mental impact that can make people living in poorer regions even more vulnerable,” she added.

Saldiva believes this vulnerability may be true in other parts of the world. “Brazil can be, unfortunately, a good laboratory for this sort of study: the country is unequal, and we have climate variability besides good health data,” he said.

Armstrong agrees, but urges caution: “Extrapolation is always risky because there are just too many features to it we must take into account. It makes sense to extrapolate these results for Latin America, for example, but maybe not for the whole world.”

“Vascular responses to climate are different in every part of the world and it took millennia for each people to evolve their adaptive advantage. Bacteria, unlike us, evolve in a matter of hours. With climate change, we’ll enter an evolutionary mismatch,” he says.

This article was produced by SciDev.Net’s Latin America & Caribbean desk and edited for clarity. The research was supported by FAPESP, a SciDev.Net donor.