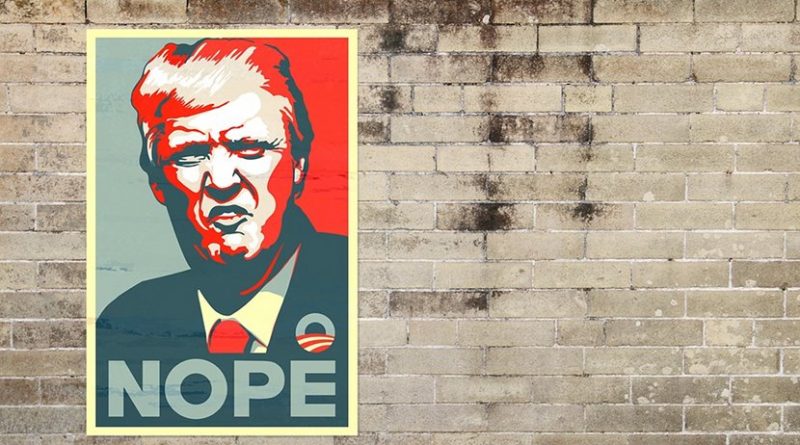 The lengthy partial government shutdown is now over after President Trump agreed to a temporary extension of government funding as he continues negotiations to try to include money in the budget for “the wall.” Politically, the president’s best move at this point would be to give up on trying to get budgetary funding for the wall, and say that while he wants it and most Americans want it (he should say most Americans want it, even if it is not true), he needs the cooperation of Congress to get it funded, and the Democrats in the House are preventing that from happening.

A statement like this reaffirms his desire to build the wall and lets his base know that the Democrats are responsible for preventing this from happening. That will boost his support from his base in the upcoming election and will encourage his base to turn out and elect Republicans to Congress. Turnout will increase within his base, who will want to vote Republican, but he won’t lose support anywhere else. He might even gain support from those few who are undecided if they view his withdrawal from this fight as a sign of reasonableness. He can tell his base he will pick up this issue again in two years when the Republicans gain control of the House, and also tell his base it is up to them to make that happen.

The president will not do this, however, because he sees things in terms of winners and losers. He consistently talks about winning—in trade, in international conflicts, and in political battles more generally. He will not back down on the wall because he perceives it will make him look weak—like a loser.

Another viewpoint is that it would make him look like a president who respects the Constitution and the separation of powers that is part of the Constitution’s blueprint for government. As originally designed, the legislature legislates, and the executive branch executes what the legislature has legislated. His threat to use his “emergency powers” to fund the wall is a direct challenge to constitutional government. If the president can do anything he wants simply by invoking emergency powers, his position becomes that of a dictator rather than the head of one of the three branches of government.

Backing down on the wall and blaming it on the Democrats will cost him nothing politically. His base will be more energized to support him and Republican candidates for Congress in the 2020 election, while his opposition will be less opposed to him because of his appearance of a willingness to compromise. That is his smartest option, politically, but his fear of looking like a loser will keep him from doing it.

Home » Why President Trump Should Give Up On The Wall, And Why He Won’t – OpEd