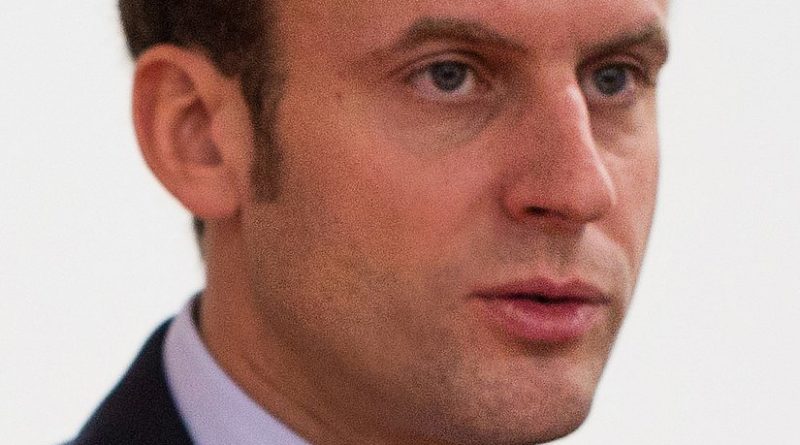 France’s 35th president Emanuel Macron is likely to set different trends with regard to the country’s policy towards the European Union (EU), former colonies or the Francophone region of Africa, the United Nations (UN), major powers as well as medium and pivotal countries like India and Japan. The change, rather re-orientation, is expected to unfold fast, albeit in a flexible manner. And Macron’s approach is also likely to be marked by both continuity and change. The imperatives for the new president are economic stability and growth. The French economy has achieved the second largest gross domestic product of more than USD 2.6 trillion after Germany (excluding Britain) within the EU. And that is likely to help fulfil the strategic needs of the country and ensure the prevalence of a spirit of universalism and openness in the socio-political milieu – a theme of Macron’s presidential campaign. It is anticipated that Europe and EU as well as France`s strategic presence in Africa will continue to have primacy in the new French president’s foreign policy.

With respect to the EU, Macron’s approach may be more nuanced and likely to be complementary to that of German Chancellor Angela Merkel. While Macron has evinced interest in substantive reform of the EU and strengthening the Eurozone, even suggesting the need for changes in the treaties underpinning the bloc, it is likely that he will not rush towards making changes but instead adopt an accommodative stance towards reforming them. There are shades of difference in the approaches of Macron and Merkel on what should be the desirable changes in this regard. However, both seem to agree in principle that changes are unavoidable – as discernible from the outcome of their recent summit in Berlin. While Macron has been eloquent on “a more efficient Europe, a more democratic Europe and a more political Europe”, thereby implying a more economically productive, democratically vibrant and politically integrated and institutionalized Europe, he will endeavour to take Merkel along while attempting to give content to his ideas.

Macron had earlier mentioned the need to transfer the budget surpluses of EU members to southern EU countries, keeping in view fiscal imbalances and requirements of countries in the Balkans in particular. France, under President Hollande, was not on the same page as Germany’s Merkel, on such issues. Macron and Merkel will now have to resolve these issues, and the former may be in a position to better influence the latter in the present political circumstances. As Deputy Secretary General in the office of President Hollande between 2012 and 2014, Macron was earlier involved in Franco-German discussions on deeper economic institutional changes in the core of the Eurozone to foster currency stability and need-based intervention in that domain. Action towards this end may get accelerated with a more proactive involvement from Macron in his current capacity as the French president. The deep friendship between France and Germany and their present leaders will facilitate the deepening of bilateral relations and, in turn, strengthen the core of the EU and the Eurozone. Nevertheless, the relatively high rate of unemployment (nearly 10 per cent of the employable French workforce) and the consequential subsidies and social security measures, the economy’s over- dependence on the services sector, and adverse Franco-German trade balance, will all have to be resolved in their overall interest. In all probability, these issues would have been briefly contended with during the short but crucial first state visit of Macron to Germany last week.

Furthermore, an appraisal on the basics of the Franco-German relationship and the possibility of adopting a mutually reinforcing future course of action on fundamental issues of concern to both countries and to Europe in general would have been undertaken during Macron’s Berlin visit. Macron, in the course of his presidential campaign, had advocated open borders within the EU, inter-alia stating that, there is no reason to stop Africans from coming to France if they bring useful skills. This approach is to an extent similar to that of Merkel, though the latter had gone to the extent of also advocating refuge and succour to refugees from West Asia and North Africa during the height of the refugee exodus in 2016. Macron had then applauded Merkel’s border and refugee policy by declaring that they have “saved our collective dignity”. The French president and the German chancellor may now try to work out some norms in this respect, keeping in view the present political context in Europe in the backdrop of Macron and his En Marche`s substantive electoral victory against conservative forces resistant to such phenomenon.

As regards relations with Russia, notwithstanding President Putin’s congratulatory message to Macron on the latter’s assumption of office, an overhang of mistrust is likely to persist. This is especially so given the hacking of Macron`s presidential campaign establishment by alleged Russian elements as well as observations on Russian TV maligning Macron as “addicted to cocaine and involvement in money-laundering through offshore companies”. It is anticipated that both geopolitical interest and the imperative of the integrity of the EU and North Atlantic Treaty Organisation (NATO), Macron will try to more intimately align France’s policies with those of Germany on Ukraine (a NATO member) to control the Russia-aided Crimean separatists and evolve a congruent approach towards Moscow.

On NATO, President Macron and Chancellor Merkel are expected to present a joint approach to both the USA and Russia, though on different premises. Because of Franco-German convergence for the reason pertinent to Ukraine mentioned above, Putin may find Macron and Merkel more unyielding in the present scenario on Russian postures towards NATO member states in the Balkans and central Europe. As regards NATO, Macron may see no reason to accede to President Trump’s demand for re-working of the financial burden and military expenditure. France’s contribution, at 11 per cent of the NATO budget according to NATO Secretary General’s Report of 2017, and a troop contribution of more than 200,000 personnel are not inconsiderable. In any event, given renewed tensions in US-Russia relations induced by the compulsions of their respective commitments to combatants involved in the Syrian civil war, Trump may not have much scope to extract financial concessions from either Macron or Merkel in the NATO forum.

Macron has already signalled his government’s commitment to Africa during his second state visit last week to Mali, a former French colony where nearly 4000 French troops are deployed in support of President Ibrahim Boubacar Keita`s government in counterinsurgency operations against Al-Qaeda affiliated rebels (initially a home-grown rebellion by Tuaregs in northern Mali). Macron’s approach towards the African community in France has been quite distinctive and more pronounced than that of his Socialist predecessor, Francois Hollande. Macron’s presidential campaign platform `En Marche` had acknowledged African Frenchmen’s contribution to France’s polity and prosperity. Macron had struck a chord in the hearts of the people of African origin including non-radical Muslims when he described the Algerian War that France waged in the late 1950s and early `60s as a “crime against humanity”. Macron’s visit to Mali was intended to reiterate a long-standing French commitment towards that country`s stability, and signal resoluteness towards defending regimes in Africa facing subversion and armed intervention by externally-supported radical Islamic elements. The French president seemed to affirm that his government will use military power to protect or support an international political architecture free from radicalism in areas of France’s strategic interest.

Macron has explicitly indicated his government`s intention to maintain France`s military commitment to Mali. He will not only endeavour to strengthen the Multidimensional Integrated Stabilisation Mission in Mali (MINUSMA) set up under UN Security Council Resolution 2295, but is also expected to work towards augmenting the mission’s mandate which is expiring on June 30, 2017. Macron has already indicated that the French expeditionary force will remain as a back-up, while capacity building of the Malian Army will be undertaken by MINUSMA in concert with the French force. At present, the situation in Mali is far from stable, even with the presence of MINUSMA and French forces. 300 Malians and two French journalists were killed by Islamic extremists in 2016.

So far as investment and financial aid are concerned, Macron has emphasized that there will be an up-scaling of aid to African countries to at least 0.71 per cent of France’s gross national product. France, with its strength in automotive and aerospace industries, rail development and infrastructural matters, is expected to leverage these attributes for investment in the west, south and north African regions, which are areas of its historical interest. It is possible that France and China could find common ground in Africa. Over 200 Chinese companies are already operating in Africa in the infrastructure sector and ancillary industrial activities. It is to be seen how Macron manages to dovetail Chinese involvement in Africa with France`s strategic interests, particularly in the Francophone countries.

India may be at a disadvantage vis-à-vis China in such countries because its strength lies in the services sector where France already has a surfeit of expertise. Nevertheless, France under Macron and India should be able to build upon the already existing defence-based system production and technology transfer mechanism in place. Moreover, Paris and New Delhi would have enough scope to go in for co-production of telecommunication and military systems as well as engage in non-conventional energy initiatives in African countries. Reckoning the democratic ethos of both countries, the personal rapport that has existed between a succession of French and Indian leaders, the past track record of high level of cooperation and understanding on issues like UN reform, peacekeeping under UN aegis and cooperation on nuclear technology, there should be adequate opportunity to expand the Franco-Indian bilateral relationship under President Macron as well.

The author is a retired IDAS officer who has served in senior appointments with the Government of India and a State Government.

The views expressed are the author`s own. Originally published by Institute for Defence Studies and Analyses (www.idsa.in) at http://idsa.in/idsacomments/portents-of-frances-international-posture_gsen_240517