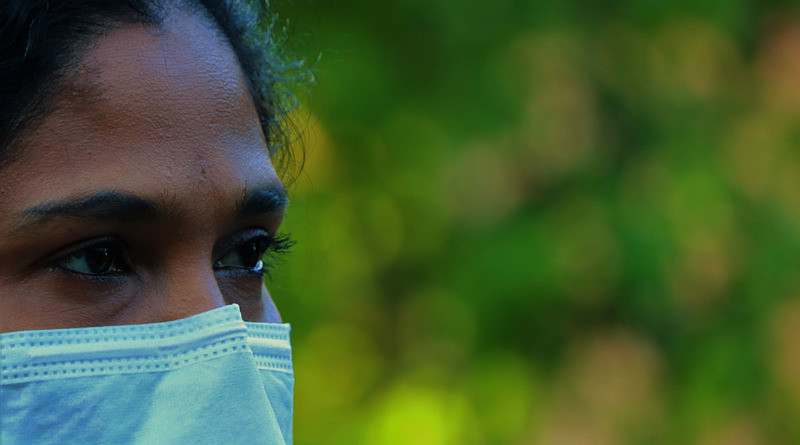 Africa now has over 100,000 confirmed cases of the coronavirus. While the mortality rate is lower than in the United States and Europe, the World Health Organization (WHO) warns that the continent could face up to 190,000 deaths in the first year unless containment measures are successful. But with the West pre-occupied with its own outbreaks, Africa is having to rely on other countries for help in this crisis.

In the short-term, countries in central and southern Africa urgently need personal protective equipment as well as the chemicals used in testing, both of which are in short supply internationally.

China has stepped in, sending equipment and medical teams to Africa in an attempt to repair its international image after it initially failed to be transparent about the extent and impact of the disease.

According to Foreign Minister Wang Yi, Chinese medical teams based in 45 African countries have held nearly 400 training sessions for tens of thousands of African medical workers. In countries such as Ethiopia and Burkina Faso, Chinese doctors are helping as medical advisers.

Chinese billionaire Jack Ma and his foundation have also sent medical supplies to 54 countries in Africa, including Rwanda and Cameroon. At the end of March, each country on the continent received 1,000 protective suits, 20,000 test kits and 100,000 masks.

China’s relief efforts are urgently needed. “They supply masks, ventilators and testing equipment – all of which Africa lacks,” said Stephen Chan, Professor of Politics and International Relations at the London School of Oriental and African Studies (SOAS).

But there has been a mixed reception to Chinese aid. On social media platforms such as Twitter, Africans have expressed concerns about the quality of Chinese medical products. Chinese medical doctors sent to Nigeria have also provoked a major backlash.

The allegations of racism against African visitors in Chinese cities have also not gone away. Africans living in Guangzhou have been subjected to compulsory coronavirus testing and a mandatory 14-day quarantine. In China, foreigners are often seen as potential carriers of the coronavirus, and Africans have been denied access to supermarkets or even had their rental contracts terminated. The local authorities in Guangzhou have embarked on anti-racism campaigns to tackle the issue.

As a result outraged op-eds in the African media, China’s image has been damaged on the continent.

“There were many angry reactions after the hostilities against Africans in Guangzhou,” said Cobus van Staden of the South African Institute for International Affairs (SAIIA) in Johannesburg. “We are now seeing pressure from African civil society demanding answers from their governments.”

Nevertheless, African governments do not have many options, van Staden pointed out. As the economic impact worsens and the West retreats, the pandemic is forcing the continent to seek more Chinese assistance than before.

Overall, African countries were quick to impose lockdowns and social distancing, which in turn has taken a significant toll on their economies. However, these measures, along with contact tracing and isolation, have helped to slow down the spread of the virus so far.

But Africa has been hit hard by the wider economic fallout from global trade disruptions and falling oil and commodities prices.

Normally, this is where wealthy developed countries come in to help Africa. But the United States and Europe are failing Africa, with pledges of financial support and debt relief falling well short of the continent’s needs. Developed economies have channelled trillions of dollars into health initiatives and economic stimuli at home, but very little has been sent to help developing countries, according to the presidents of Kenya, Ivory Coast, Sierra Leone, Senegal and Niger.

“We’re not in a position to protect companies, to preserve jobs. There’s an injustice that is again being exposed by COVID-19,” Senegal’s president Macky Sall said during a virtual roundtable organised by the New York Forum Institute think-tank.

Africa needs all the help it can get at this crucial time. Countries in eastern Europe like Belarus, with which several African countries have growing ties, can be a source of investment and technology to get their economies going again.

Since 2017, African countries have signed several agreements with Belarusian companies, interested in their expertise in agriculture, mining machinery, road construction as well as passenger transport and freight.

In January-July 2019, Belarus’ industrial exports to Africa rose 1.4 times over the same period in 2018. Trial batches of products were shipped to African countries where Belarus did not export to the previous year, including Benin, Togo, and Uganda.

Belarusian companies have an advantage as their country provides foreign buyers with project financing on favourable terms from the Development Bank of Belarus, the African Export-Import Bank (Afreximbank) and the Eastern and Southern African Trade and Development Bank (TDB). This will be useful during the present crisis as normal financing has dried up.

Belarus in particular has been building a long-term relationship with its African partners beyond trade and exports. In April 2019, the country provided humanitarian aid to Zimbabwe and Mozambique after the devastation caused by Cyclone Idai, flying in much-needed supplies to support survivors of the natural disaster.

“African countries and Belarus have much to offer each other. At a time when the rest of the world is closing its doors, Belarus stands by its African partners and is ready to help rebuild their economies,” said Alexander Zingman, the Honorary Consul of Zimbabwe to Belarus. Support and cooperation are valued even more during difficult times, he pointed out.

What is important during a world crisis is the political will to help. While the EU struggles to get itself back on track and America adopts an isolationist position, it is up to the rest of the world, including countries like China and Belarus, to help get Africa back on its feet.