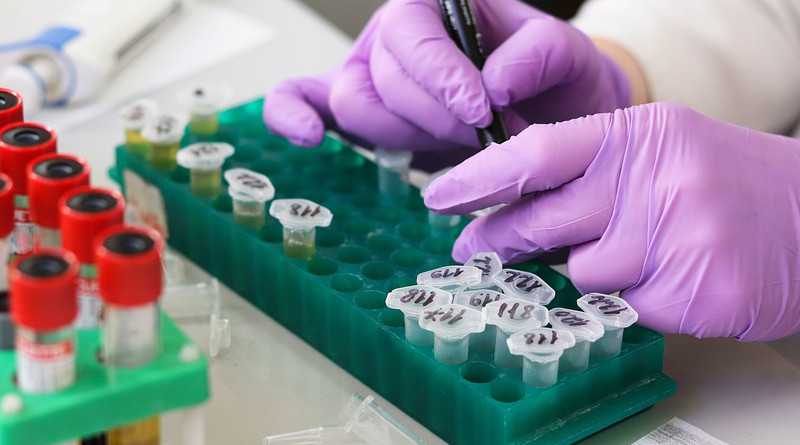 A $3.6 million donation from Atlanta-based US health agency CDC to Indian research agencies for tackling the COVID-19 pandemic has been put on hold by the Ministry of Home Affairs (MHA). The CDC has been placed on the watchlist since December 2019 for its involvement in funding virus research without government’s approval.

The Nipah research fiasco that came into light in October last year was the primary reason behind the MHA decision. As of now, any funding or donation from the U.S government body CDC would be first cleared by the MHA itself. They can no longer send funds directly to any government or private institution in India without MHA’s clearance.

In October 2019, Hindustan Times reported that the Union health ministry wrote to both CDC and Manipal Center for Virus Research, ordering them to shut down the study related to Nipah virus that belongs to Risk Group 4 (RG4) classification. The RG4 viruses are considered highly dangerous and have no treatment or vaccine. They can only be tested in BSL4 lab which is the highest level of biological safety. The health ministry was upset that a study related to high risk pathogens like Nipah was being carried out at MCVR which is BSL2+ level facility.

A memorandum sent out by the health ministry said:

“It has been brought to our notice that CDC had trained MCVR for diagnosis of Nipah virus disease (NIV) in spite of the known fact that NIV is BSL 4 level pathogen whereas MCVR is a level BSL2+lab. Prior to this training to MCVR, CDC has not consulted national/govt agencies as per norm. Since Nipah is a high risk pathogen with potential for being used as agent of bio-terrorism the samples were to be handled more carefully and tested only in a BSL4.”

While CDC admitted that the training program didn’t have the necessary approval due to some confusion, it maintained that they did not commission the research directly. “The training was done through the Global Health Security Agenda (GHSA) and was aimed at strengthening laboratory systems in India which allowed for detection of Nipah virus.”

In its defence, MCVR denied carrying out any risky virus isolation work at their lab. Dr. Arunkumar, Director of MCVR, said:

“We did not take approval from HMSC. Prior to testing, MCVR inactivated the virus. Inactivation of the virus was carried out in BSL3 facility at MCVR. Once inactivated, the virus cannot spread. Molecular testing was carried at MCVR in its BSL2 facility. No Nipah virus sample was transferred from MCVR to any other lab (except NIV Pune) within and outside the country.”

This is not the first time a dangerous research took place in India without keeping the government in loop. Back in February this year, the officials confirmed to that foreign funded researchers were conducting study on bats and bat hunters (humans) in the northeastern state of Nagaland. Bats are known to often carry viruses such as ebola, SARS coronavirus, rabies,etc.

What’s more alarming was that two of the 12 researchers belonged to the Wuhan Institute of Virology’s Department of Emerging Infectious Diseases – the same institute from where COVID-19 outbreak is believed to have originated. The Nagaland study was funded by the United States Department of Defense’s Defense Threat Reduction agency (DTRA).

The results of the study were published in October last year in the PLOS Neglected Tropical Diseases journal, originally established by the Bill and Melinda Gates Foundation.

To conduct a high-risk study in India, they would have needed special permissions from the Indian authorities which was not sought by the parties involved in the study. The fact that scientists from foreign countries were allowed to handle live samples of bats and bat hunters without permission prompted Indian Council of Medical Research (ICMR) to send a five-member committee to investigate the matter.

Even before the coronavirus outbreak, a number of controversial studies were being carried out at China’s Wuhan lab under the patronage of United States’ National Institutes of Health (NIH). One of the studies is the gain-of-function research on bat coronaviruses which involves mutating viruses in the lab to explore their potential for infecting humans.

The gain-of-function research has been widely criticized by the scientists around the world due to the risk of starting a pandemic from accidental release.

However, last year the National Institute for Allergy and Infectious Diseases, the organization led by Dr. Anthony Fauci, funded scientists at the Wuhan Institute of Virology and other institutions for work on gain-of-function research. A total of $7.5 million of American tax dollars have been spent since 2014 for conducting GoF studies.

The case of Dutch virologist Ron Fouchier is a grim reminder of the dangers of gain-of-function studies. He created the world’s deadliest virus strain and his research sparked a global controversy to de-fund and shut down such experiments. In 2011, he and his team created a mutant H5N1 virus that can spread among ferrets without direct contact. His study showed that such an airborne virus can jump onto humans and can lead to a global pandemic or worse – bioterrorism.

As reported in GreatGameIndia‘s investigative report, Fouchier was the one who sent Coronavirus to the Canadian scientist Frank Plummer at the National Microbiology Laboratory in Winnipeg. It was under Plummer, Chinese biowarfare spy Xiangguo Qiu and her team smuggled deadly coronaviruses from the Canadian lab to Wuhan Institute of Virology.

The controversy also prompted the US government in March to outline a new general policy on the handling of “dual use research of concern,” or DURC, meaning research that could be used for either good or ill. The Indian government has yet to draft any such policy on the dual – civilian and military – research and technology.

Role of CDC in Surat plague

The plague outbreak in the western Indian city of Surat in 1994 has been mired in controversy just as COVID-19. Around 55 people died and close to a half of the city of 1.2 million people fled Surat for fear of the plague and of being quarantined.

The origin of the outbreak is still a mystery. Indian defense establishment believes the 1994 Surat Plague is a case of bioterrorism. Numerous media outlets at the time reported the involvement of American CDC. It was suspected that the germ with an extra protein ring was developed by a CDC lab in Almaty, Kazakhstan.

Thus it comes as no surprise that Indian authorities are taking no chances this time around with CDC, especially since the world is already under the grip of a virus pandemic and the role of CDC is increasingly being seen as suspicious.