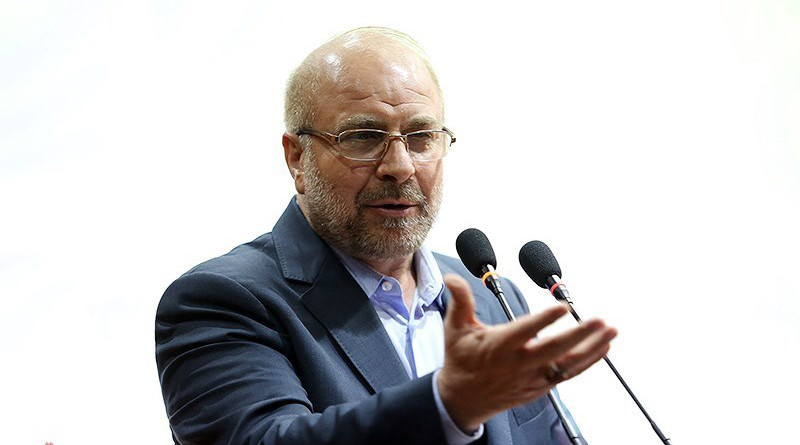 On Thursday, May 28, Mohammad Baqer Qalibaf (58) was elected as Speaker of the Eleventh Iranian Parliament, which has 290 seats, the majority of which is in the hands of fundamentalists affiliated with the Khamenei faction.

By the onset of the protests in the Kurdistan region to gain their social rights, Qalibaf went there to have a role in suppressing this ethnic minority.  During the Iran-Iraq war, Qalibaf served in the south and very soon he became a member of IRGC. This war laid the ground for Qalibaf to tie his social-political life to Khomeini’s leadership. His job during the war was mostly managing the intelligence of war operations. Based on his planning, ‘the key of heaven’ was given to thousands of school children sending them over the minefields to pave the way for the passage of tanks. They showed these children white horses during the night as angels to provoke them to go over the minefields.

A while later he became a battalion commander and then the commander of Imam Reza brigade.

One of his “glories” is the killing of the members and supporters of the regime’s main opposition, PMOI/MEK. An organization that revealed the regime’s warmongering and its atomic ambitions.

Qalibaf also has the privilege of being kin to Khamenei; he is the nephew of Khamenei’s wife. This is another reason that he is trusted.

In 1944 he was chosen as the commander of Khatam al-Anbia Construction Base. This base is the apparatus that ensures IRGC’s grip on Iran’s economy. Three years later, Khamanei appointed him as the head of the IRGC Air Force.

During the students’ protest in 1999 as he puts it himself, he came into the streets. In his diary, he writes: “In 1999 when the protesting students rose and marched towards the house of Supreme Leader, Khamenei, I was the commander of IRGC’s air force. My photo on a 1000 motorbike holding a stick, exists. I went into the street to wrap them up. Whenever it is necessary for me to come into the street and use the stick, I will be there.”

In the year 2000, by a decree issued by Khamenei, Qalibaf became the head of SSF (Social Security Forces). During his tenure, many artists or scholars were interrogated or jailed.

During the vast student protests in 2003, Qalibaf went to regime’s security council and said: “Whoever wants to come to the university’s dormitory, as the commander of SSF, I will crush and wrap them up personally.”

For him, the answer to problems and the course of action to be taken is force and suppression. He has tested this method since the onset of IRGC and had seen how it fruits in preserving the rule of the Supreme leader during all these years.

In 2005, occupying all kinds of positions in IRGC, Qalibaf put a step in politics. He wanted to become the president but failed 3 times. Being an experienced IRGC member and commander he was needed to control and manage the capital, He became Tehran’s mayor from 2005 to 2017.

During these 12 years, he was busy plundering Tehran’s municipality’s wealth and allocating it to the regime’s affiliates. A state-run daily referring to “the letter of General Inspection Organization” wrote on July 12, 1990: “Tehran’s municipality is accused of “bribery, embezzlement and fraud” and “wastage of public property” worth 22,000 billion Tomans…According to this letter, Tehran’s municipality has allocated lands in northern Tehran with a discount of 50% to some of its managers, members of City Council, an MP, an SSF official, some other officials, and security agents.

Last year too, state-run media disclosed another portion of Qalibaf’s theft and embezzlement including “47 covert bank accounts”, “an unreturned loan of 229 billion and 700 million Tomans (One $ is Equal to 16000 Toman)  given to Judiciary”, “unreturned credit of 497 billion Tomans given to IRGC Cooperation Foundation”, “paying 60 billion Tomans as aid and granting lands of 70,000; 7,000 and 3,000 square meters to the Imam Reza charity belonging to Qalibaf’s wife” and “trading metro stations”. (Tabnak state-run website- August 20, 2019)

This was a brief record of Qalibaf’s social and political life who is elected as the head of the regime’s 11th parliament.

This reveals another aspect of the engineered sham elections laid out by Khamenei in fear of a popular uprising. He has planned for such parliament long before and he is planning for a “Party of God’s” government with a president of Qasem Soleimani type as he called for on May 17, 2020.

Undoubtedly appointment of Qalibaf in such a position is a serious step towards preparing for more suppressive measures in fear of popular uprisings that promise the end of this regime. By this Khamenei is showing to the world that any hope for moderation in this regime is just a mirage.