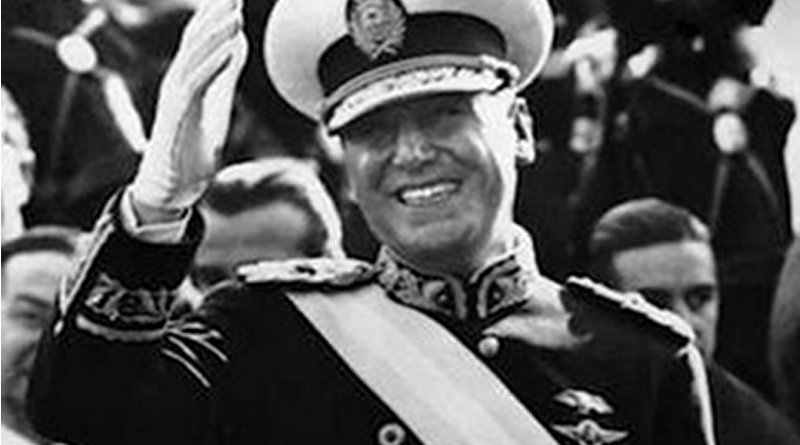 The rise of extremism, the biggest migration crisis since 1945, and the dispute between capitalism with a human face and a financial one renew the validity of Peron’s thought.

On July 1, 1974, 45 years ago, the three-time constitutional president of the Argentines, Lieutenant General Juan Domingo Perón, died. He was fired at the time by the vast majority of world leaders. However, the most heartfelt words came from those identified with what was then known as the Non-Aligned or the Third World.

Josip Broz, better known as Marshal Tito, leader of Yugoslavia, said the world was losing a ‘tireless fighter for peace of the peoples “. Fidel Castro recalled “the rupture of the blockade against Cuba that the popular government of General Perón made” and said that the news “hurt him a lot.” Henry Kissinger himself, then Secretary of State of Richard Nixon, declared that his death was “not only a great loss for the Argentine people, but for the entire world.”

The importance of Perón as an actor on the board of international politics was unprecedented before and after in Argentine history.

Coinciding with the characteristics of the world order that emerged after the end of World War II, Perón outlined the doctrine of the Third Justicialist Position, far from the two economic and social models in conflict at that time, the communism promoted by the Soviet Union and capitalism driven by the United States.

This doctrine of the Third Position served as a theoretical basis for foreign policy carried out by the Minister of Foreign Affairs between 1946 and 1949, Juan Atilio Bramuglia.

Perón defined it for the first time in 1946 at the theater Colón: “(…) an acceptable solution, which would not reach state absolutism nor could it return to the absolute individualism of the previous regime. It would be a balanced solution of the forces, the forces of capital and labor, harmoniously combined, set about building the common destiny, with benefit to all three forces and without prejudice to any of them. (…)”

Always with the express intention of forming a Latin American bloc, the Peronist government had conversations with its Brazilian and Chilean counterparts, Getulio Vargas and General Ibañez del Campo. Which were truncated after the coup against Vargas and the 1955 coup in Argentina. With the Chilean president, the Argentine-Chilean Economic Union Treaty had been signed in 1953. However, the dream of ABC could never be realized, an important antecedent for what several decades later would become Mercosur.

Perón was a leading officer of the Army General Staff, a professor of military history at the Superior School of War, who wrote books on strategy during the 1930s.

erón wrote in reference to foreign policy and his certainty regarding the fate of the Cold War: “(…) A war must take place in which one imperialism will win and the other will be defeated, but neither of them, nor victor or vanquished will win the war. We think that the abuses of capitalism are the cause and communism the effect. Without capitalism, communism would have no reason to exist, we also believe that, once the cause disappeared, one would enter the beginning of the disappearance of the effect (…)”

His thought is not usually studied in deep by the Argentinean scholarship. But General Perón elaborated a complex doctrine, with a deep humanistic vision, endowed with a great understanding of the national and the international, which has not yet been fully dimensioned and implemented. He forecasted at the same time the fall of the USSR and the crisis of capitalism.

Recently, the Russian philosopher Alexander Dugin, the main ideologist behind Vladimir Putin, defined the Argentine as (…)” the ontological prophet, the extent to which all other leaders are measured” (…). In today’s world, with the rise of extremist movements, the biggest migration crisis since 1945, and the dispute between capitalism with a human face and a financial and voracious one, Peron’s thought is more in force than ever.

The president also addressed the spiritual edge of the human being as neither of the two systems in conflict at that time did. Convinced of the importance of philosophy in politics, he was the first president of the world to convene a national congress of philosophy. Held in the province of Mendoza, in 1949, it was a veneer of unique characteristics.

The aim was to invite the German philosopher Martin Heidegger but his accession was only achieved through a letter. 60 foreigners came from 20 countries, 32 of them from Europe. Perón was very interested in international politics and philosophy, so he used to sign his works as Descartes, alluding to the French thinker. The book The Organized Community emerged from the opening speech of that meeting. The president then closed with the words of the philosopher Spinoza: (…) “We feel, we experience that we are eternal.” (…) The Perón work, it seems so.