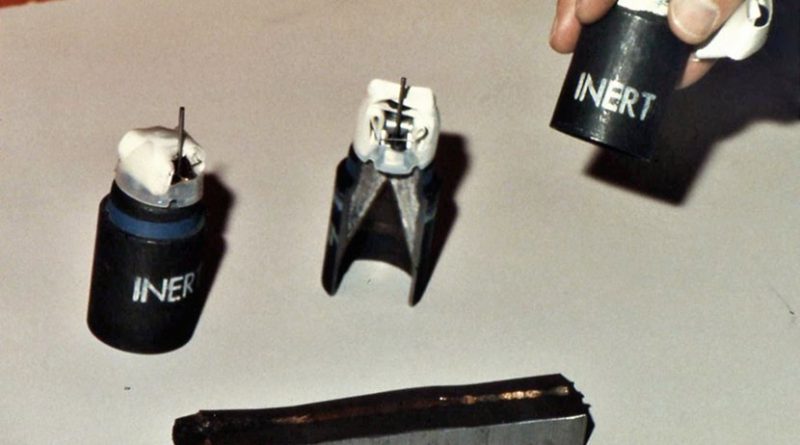 No state party to the 2008 treaty prohibiting cluster munitions has violated the prohibition on using these weapons, while very few outside the treaty engage in this banned activity either, Human Rights Watch said this week during the release of the Cluster Munition Monitor 2019 report.

“With the glaring exception of Syria, which has yet to join the ban treaty, it appears that the stigma against cluster munitions is strong and sticking, even with those who haven’t signed on,” said Mary Wareham, arms division advocacy director at Human Rights Watch and an editor of the report. “It is in the interest of every country be on the right side of history by acting to prevent further human suffering from these indiscriminate weapons.”

Cluster munitions can be fired from the ground by artillery, rockets, and mortars, or dropped by aircraft. They typically open in the air, dispersing multiple bomblets or submunitions over a wide area. Many submunitions fail to explode on initial impact, leaving dangerous duds that can maim and kill like landmines for years.

Cluster Munition Monitor 2019 is the tenth annual report of the Cluster Munition Coalition (CMC), the global coalition of nongovernmental organizations co-founded and chaired by Human Rights Watch. The group works to ensure that all countries join and adhere to the 2008 treaty banning cluster munitions and requiring clearance and victim assistance.

According to the report, the 106 states parties to the Convention on Cluster Munitions are carrying out its provisions with vigor and determination. Another 14 countries have signed, but not yet ratified. There have been no reports or allegations of new use, production, or transfers of cluster munitions by any state party since the treaty was adopted in 2008.

Yet Syrian government forces, with Russia’s assistance, continued to use cluster munitions in Syria. Neither is a state party to the Convention on Cluster Munitions. Since mid-2012, the Monitor has recorded at least 674 cluster munition attacks in Syria, including at least 38 since July 2018. Russian forces deployed in Syria possess stockpiles of cluster munition, as documented in photographs published by media outlets.

While the number of reported cluster munition attacks has decreased since mid-2017 as Syrian government forces have regained areas previously held by opposition armed groups, the actual number is most likely far higher, and new use often goes unrecorded.

Cluster Munition Monitor could not independently confirm allegations of new cluster munition use in Libya, which is not a party to the Convention on Cluster Munitions.

The last country to accede to the treaty was Sri Lanka in March 2018. Its permanent representative to the United Nations in Geneva, Ambassador Aliyar Lebbe Abdul Azeez, has prioritized expanding the treaty’s membership since taking over the presidency of the convention in September 2018, and three signatories have ratified since then: Gambia, Namibia, and the Philippines.

Switzerland completed the destruction of its stockpile on March 19, while Botswana did so on September 18, 2018. They and states parties Bulgaria, Peru, and Slovakia destroyed a total of 1,079 cluster munitions and more than 46,000 submunitions during 2018.

“While the convention’s stockpile destruction provisions have been implemented with impressive results, Guinea-Bissau and Bulgaria are tarnishing the until-now clean compliance record,” Wareham said.

According to the new report, there were 149 casualties from cluster munitions in 2018, most from unexploded submunitions left-over from attacks. This is a continuation of the significant decline since 971 victims were reported in 2016.

A total of 144 countries, including 33 non-signatories, voted in December in favor of an annual United Nations General Assembly resolution promoting the Convention on Cluster Munitions. Zimbabwe, which has not signed the treaty, was the only country to vote against the resolution, as Russia abstained for the first time, after voting no in 2015-2017.

Cluster Munition Monitor 2019 will be presented at the Ninth Meeting of States Parties to the Convention on Cluster Munitions, which opens at the United Nations in Geneva on September 2.