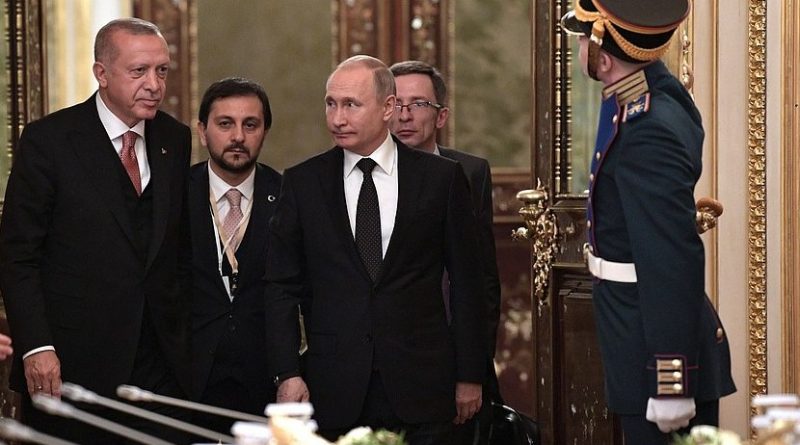 (RFE/RL) — Turkish President Recep Tayyip Erdogan is indicating that Ankara will consider its options, including Russian fighter jets, as it looks to upgrade its air force amid a rift with Washington that has halted the purchase of U.S. fighters.

“If the U.S. continues with the same stance on the F-35 issue, we will take care of ourselves,” Erdogan told reporters in Ankara on August 30 in reference to Washington’s decision to exclude Turkey from helping produce and purchase the United States’ most advanced strike aircraft.

The United States removed its NATO ally from the F-35 program after Ankara took delivery of Russia’s S-400 air-defense system in July. Washington says the S-400 could undermine the F-35 and is incompatible with NATO systems. Turkey this week received a second S-400 battery.

“We are exploring what measures we can take for our defense industry, for our defense,” he said, adding that negotiations will include obtaining loans and involvement in the production of military equipment.

Russian media quoted the Turkish president as saying that aside from the possibility of purchasing Russian fighter jets, there was the prospect of cooperation with combat and reconnaissance drones.

“We have taken certain mutual steps in this area,” Erdogan said.

Turkey was involved in the production of the U.S. F-35 and reportedly spent $1.4 billion on the program before its order of more than 100 of the jets was canceled.