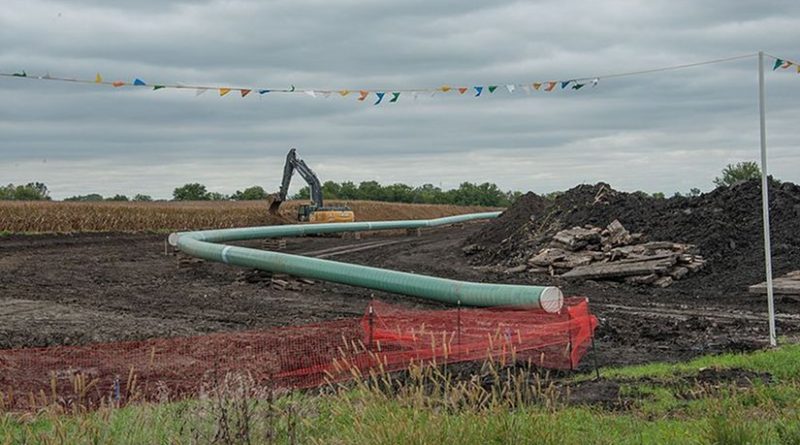 Fracking (horizontal drilling and hydraulic fracturing) has unleashed bounties of US oil and natural gas, dramatically reduced energy prices from their historic 2008 peak, saved families and industries billions of dollars annually, helped create and sustain millions of American jobs, made the United States stronger militarily and turned it into a net energy exporter.

Those fixated on alleged climate dangers from fossil fuels don’t care. In fact, they are aghast and angry about this oil and gas renaissance. Unable to stop all production, they have focused on blocking pipelines. If companies can’t get oil and gas to markets, they reason production will dwindle, companies will go bankrupt, and the case for supposedly renewable energy will grow stronger.

They effectively deemed it irrelevant that fossil fuels still provide over 80% of all the energy that powers American industries, homes and living standards, and that virtually invisible underground pipelines replace much more dangerous alternatives.

The Dakota Access Pipeline alone replaces some 255,000 oil tanker railcars going through our towns and cities, or 730,000 semi-trailer tanker trucks on our highways, every year!

The activists and judges said even short-term scenic, stream sedimentation and ecological impacts during pipeline construction are unacceptable.

Even after a US Supreme Court decision reversed the ACP decision, the company sponsors cancelled the project anyway, due to threats of more costly lawsuits and delays ad infinitum.

Even more extreme, Joe Biden and Kamala Harris want no fossil fuels, and net-zero carbon dioxide emissions, by 2050. They claim this will lead the world in eliminating climate and environmental catastrophes. In reality, the impacts on US and global environments would be monumental.

Under the Biden-AOC Green New Deal, all those 7.3 billion megawatt-hours of electricity would come from “clean, green, renewable, sustainable” sources. Wind and sunshine certainly fit that description.

However, harnessing this intermittent power definitely does not. That would require unimaginable numbers of wind turbines and solar panels, and warehouses of huge batteries to provide backup power for just week of windless, sunless days – especially since the more wind and solar we demand, the more we must put turbines and panels in low quality locations. Without them, we would be hit by hundreds of rolling blackouts every year, like the ones that have been clobbering California.

Building and installing these massive facilities would require tens of billions of tons of concrete, steel, copper, aluminum, cobalt, rare earth elements, fiberglass composites and dozens of other materials.

Getting those raw materials would require mining, processing and smelting hundreds of billions of tons of ore, from all around the world, but mostly from companies owned or controlled by China – almost all with fossil fuels; without regard for US pollution control, wildlife protection or workplace safety laws; and all too often using child and near-slave labor.

The turbines and panels would sprawl across hundreds of millions of acres of crop, scenic and habitat lands. Construction would scar landscapes, remove mountaintops, rip through forests, destroy scenic vistas, obliterate wildlife habitats, fill streams with sediment during construction, and displace or kill endangered plants, animals and birds.

Dominion Energy alone plans to construct solar panels in rural Virginia on lands totaling eight times Washington, DC, to serve a small fraction of the state’s electricity needs. Multiply that times 50 states and thousands of communities in a 100% electric economy, and you can begin to envision the ecological devastation from this “clean, green, renewable, sustainable” energy.

The 600- to 850-foot-tall wind turbines would slaughter millions of raptors, other birds and bats annually, completely eradicating them in many areas. Residential, business, hospital and school electricity rates would skyrocket. America’s economy and job market would never recover from Covid.

A few landowners – and a lot of utility company officers and investors – would get rich. But other people would suffer from infrasound and light flicker, watch their beautiful landscapes disappear forever, and get no compensation whatsoever.

The turbines, panels and batteries have short life spans, and are generally non-recyclable. Most would end up in enormous landfills. Vast rural areas would be turned into energy and trash colonies for politically powerful urban centers.

But on one positive note, years of pipeline lawsuits, human rights campaigns, and battles over mining and US and global air and water pollution have set powerful legal precedents.

Landowners, citizen groups, human rights defenders and environmentalists not fixated on climate change will be able to use them to delay, block, bankrupt and scuttle many or most of these destructive pseudo-renewable energy projects. They will also demand that wind, solar, battery and electric vehicle metals, minerals and components be responsibly sourced – in accordance with all US laws and ethics.

Utilities think they hit a buzz saw over pipelines. Radical greens think they won this war. It could be a Pyrrhic victory if those laws, regulations, EIS rules and judicial decisions are applied to wind and solar. In fact, they are potentially powerful pipeline precedents.

And if regulators, politicians and courts apply double standards – one for fossil fuels and one for pseudo-renewables, akin to one for rioters and another for churchgoers – the situation could become extremely troublesome, to say the least. It could turn into real resistance, rebellion and conflict.

It’s time for civilized debates, with no cancel-culture interference, on all these issues, before that happens.

*Craig Rucker is president of the Committee For A Constructive Tomorrow (www.CFACT.org), a public policy education organization devoted to both people and planet.