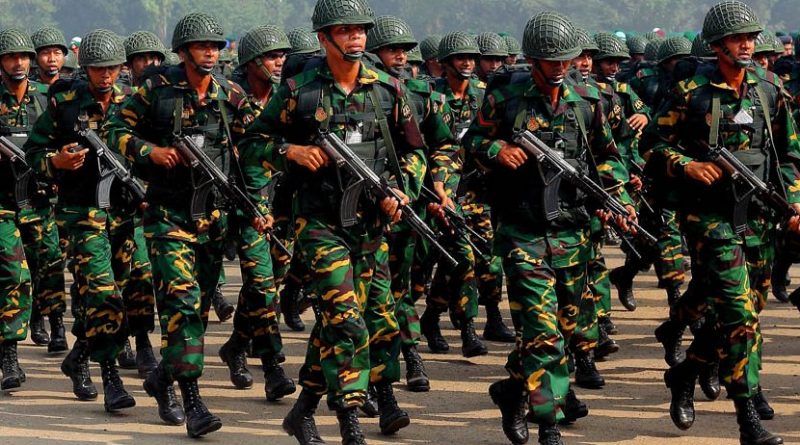 Security between India and Bangladesh has always been a matter of grave concern for the government and people of both countries. For both countries development of their nation is more important and as such they have concluded several agreements from time to time.

According to the 1996 accord between them, both countries were expected to disallow such bases on their side of the border, however, Bangladesh did not keep its word as is obvious from the experience to the contrary. From the recent past Dhaka deliberately ignores the disruptive activities of Pakistan’s Inter Services Intelligence which is out to destabilise India’s North-East as part of its long-cherished desire to bleed India through a thousand cuts and eventually dismember the state.

Security aspects between India and Bangladesh

In the Indian view there is no doubt that terrorist groups, largely those which target India, do get support in Bangladesh; that a number of terrorist actions from the neighbourhood against Indian states have been planned and carried out by such groups; and that the government has, to say the least, done much less than it could have to control all this.

The Government of India, from time to time has been providing list of terrorist and anti Indian activities to its Bangladeshi counterpart. But the attitude of the Bangladeshi has been lacking luster and in clear indications that they are not at all interested in handing over them to India. Although the fact can not be denied that, Bangladesh has played a significant role in international peace keeping activities. Several thousand Bangladesh military personnel are deployed overseas in different nations on peace keeping operations.

However, the heart of the matter lies elsewhere. Bangladesh is less than helpful on the issue of terrorism because of the control of the armed forces over such operations. Every government after 1975, including post-1991 governments, has tried to ensure that the armed forces are kept reasonably well funded and equipped. But the justification for well-equipped forces can only be the threat from India.

Military exercises in Bangladesh are traditionally conducted against a fictitious ‘Wolf land’, a thinly disguised name for India. Of late a retired senior military officer described India as Bangladesh’s greatest enemy, while another said the claim of Bangladesh to India’s northeast was greater than that of India; and there are serving officers who in published articles have recommended support for insurgents fighting in the north east. There was a time when this enemy image attached to India acquired political resonance, helping the armed forces to stay in power; and that was the time a variety of operations against India were put into planning, some of which were initiated.

As a party initiated by the armed forces, and which is still manned by a large number of retired officers – the Bangladesh National Party who came in power with coalition partners in 2001 continued this thinking prevailing in the country. In its view as Morshed Khan, the Foreign Minister of Bangladesh, said to a group of journalists in Dhaka on 7th September 2004 that India’s Northeast was Bangladesh locked and that Dhaka could easily end India’s trade surplus by banning Indian goods.

The 4096-kilometer long India-Bangladesh is one of the most difficult area to patrol because of the hostile topography, riverside patches, dense forest hills, arable lands and dense human settlements. The porous border has led to numerous trans-border problems, including infiltration into the Indian side mainly Assam and West Bengal, smuggling of arms and drugs contraband goods, illegal movement of persons, and common crimes such as kidnapping for ransom, cattle lifting, extortion etc.

It is a known fact that Bangladesh’s cooperation in this regard would help in tackling the long festering problem of illegal immigrants from Bangladesh. One section of opinion has also suggested for opening the borders with Bangladesh, as is the case with Nepal and Bhutan. The measure would help in effective monitoring of inter-border movements of citizens and ensure issue of work permits for citizens on both sides of the border. Such a bold step would also pave the way for better political relations due to the positive spin-offs of improved economic ties.

Behind this a basic background works related to India’s size and potential. There is no dearth of commentators who have stressed that India’s regional supremacy has played a central role in the development of Bangladesh’s foreign relations. For each of the smaller South Asian states, India’s intentions are of great concern, but particularly to Bangladesh because it is ‘almost surrounded by India’ and it lacks the military strength and extra-regional alliances to withstand a serious challenge.

Geography compounds the impression of size since India seems to surround that country. Tabarak Hussain, a former Bangladesh foreign secretary, writes: ‘Bangladesh’s neighbourhood is dominated by India’s presence. A sense of its pervasiveness seems to prevail. Heavy imbalance in the power equation between the two countries compounds the situation. One set of aspects which runs like a common thread in the practice of international relations in South Asia is the intimacy and intricacy with which domestic and foreign policies interact. There is a long-term sense in which this is true for foreign policy in general. The classic writings on international relations tell us that national power, national ideology, geography, economic strength is among a large number of factors that influence foreign policy decisions.