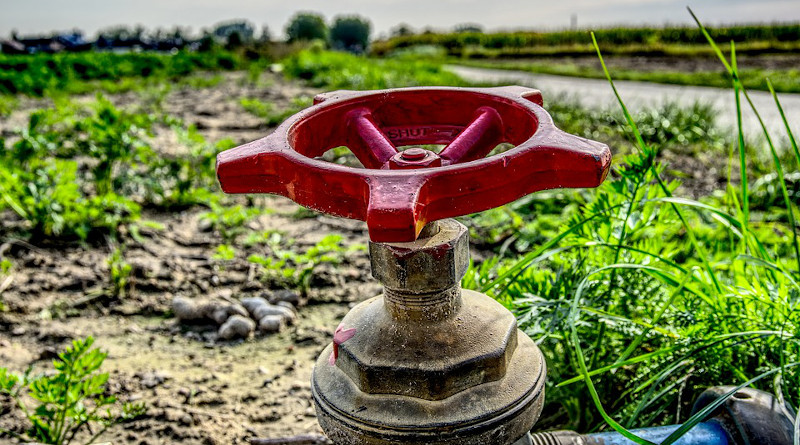 An international team of researchers led by the University of Adelaide has developed a new method to better understand the drivers of water theft, a significant worldwide phenomenon, and deterrents to help protect this essential resource.

In a paper published in Nature Sustainability, researchers developed a novel framework and model, which they applied to three case studies: in Australia, the US and Spain.

Lead author, Dr Adam Loch, Senior Lecturer at the University of Adelaide’s Centre for Global Food and Resources, said that water theft is a research topic that has not received a lot of coverage due to a lack of data and because often those stealing water are poor, vulnerable and at risk in developing countries.

“According to Interpol, thieves steal as much as 30-50 per cent of the world’s water supply annually – a big number.

“Compounding this problem is the fact that, as the scarcity of our most precious resource increases due to climate and other challenges, so too do the drivers for water theft.”

With the novel framework and model, water managers can test the impact of changes to detection, prosecution and conviction systems, and accurately measure the effectiveness of current penalties which may not provide an effective deterrent.

“If users are motivated to steal water because it is scarce, and they need it to keep a crop alive, then the opportunity cost of that water may far exceed the penalty, and theft will occur,” said Dr Loch.

The case studies also provide evidence that where authorities fail to support detection and prosecution theft will increase, and stronger deterrents may be needed to dissuade users from stealing water to maximise profits.

“In Spain regulators were assaulted by users when they tried to stop them from stealing water; in the US marijuana growers stole water from fire hydrants and the police felt powerless to do anything about it,” said Dr Loch.

Researchers said there are many cases of water theft that could be studied using the framework and model – and they encourage institutions to use the free tools located within the paper’s supplementary materials.

“Much of the world’s focus right now is on water efficiency investments, which might achieve (at best) between 10-20 per cent savings for water managers. But if we can recover 30-50% of ‘lost’ water, targeting those who steal for profit making, then that would be good for our water supply, and good for us,” said Dr Loch.

By Somar Wijayadasa* January 20 was a historically momentous day as Joseph Rabbinate Biden, Jr., was sworn in as the