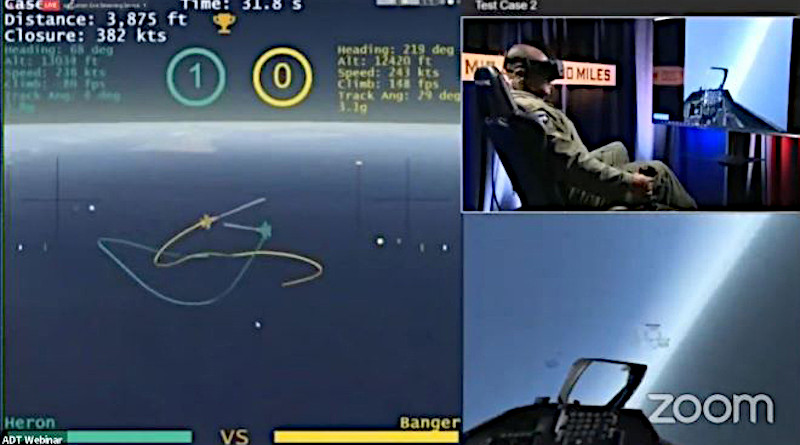 This is a time of enormous technological change. However, we often focus so much on technology for technology’s sake that we forget to analyze what this change implies — where it can lead.

It would be wise to remember that a military-technical revolution unfolds ever so often and is marked by a period of sharp, discontinuous change. This change always renders the very definition of warfare, which is in practice at that moment, obsolete. This change then leads to a profound and destabilizing effect on battlefields. It may be seen in the form of a new tactic, such as the ‘Blitzkrieg’ in World War II or, it may be seen as the emergence of a new strategic era, such as that brought about by Nuclear weapons. Sometimes, these revolutions occur hand in hand with changing political agendas such as the Napoleonic revolution or the nuclear arms race.

Military-technological revolutions in the recent past occurred in the 1970s, 80s, and 90s. This was the ‘Guided Munitions Battle Network’ revolution. In the mid-70s, DARPA and the USAF jointly developed an airborne target-acquisition and weapons-delivery program called the ‘Pave Mover’. Once data for a target was acquired by airborne sensors such as the pave mover during a strike or recon mission, it was then processed in a fusion center. This information was then available to all weapons platforms in use at the time. Follow up attacks on the target with guided munitions would be successful, with minimum use of capacity. Hence, we moved from the concept of ‘carpet bombing’ to state of the art ‘precision bombing.’ Using a few aircraft with minimal payload to accomplish missions that previously required several aircraft with large payloads.

Interestingly enough, the Soviets had a similar epiphany that they referred to as ‘Collision of Reconnaissance Strike Complexes.’ They envisioned this well before the Americans did, and it rendered unguided munitions warfare obsolete. This shaped the way that the US DOD thinks by focusing more on battlefield networks and interoperability. Great superpowers like the US, China, and Russia have now established superior battle networks, complemented with guided munitions that can be deployed deep into enemy territory.

The 20th century brought about the trend of automation and unmanned systems, with militaries investing less in personnel and more in technologies such as networkization, UAS and UAVs. Although automation is still in its infancy and we are learning to use these systems, we have a better understanding of the tools to use, such as advanced computing, big data, robotics, miniaturization, artificial intelligence, and additive manufacturing.

The next military-technical revolution will be characterized by combat operations featuring ubiquitous use of autonomous unmanned systems. This autonomy results from the ‘delegation of decision making authority to take action’ to every authorized entity within a specific boundary. Autonomous systems can independently compose and select among different courses of action, to accomplish goals based on knowledge of the environment or the world itself, and the situation (i-e. narrow AI).

When we say ‘delegate decision making authority,’ we are not talking about self-aware systems like Skynet and its Terminators – those we can refer to as artificial general intelligence. The current military revolution reaches for AI systems that can compose courses of action to accomplish specific missions. The mission is its boundary. It can choose amongst multiple courses of action so that a missile can destroy a tank or, the system would detect there is a Surface-to-Air missile system (SAM) threat and change the course of action from attack to evade. Of course, if we were to reach the ‘Point of Singularity,’ humans would no longer be needed.

These autonomous systems can be categorized as the following two: ‘Autonomy at rest’ and ‘Autonomy at motion.’ Autonomy at rest is autonomy in the virtual realm, helping analysts visualize the impact of AI through various simulations whereas, autonomy in motion has a presence in the physical world – robots, autonomous vehicles, and such. This is a broad move towards machine learning, which will give us artificially narrow intelligent systems. This looming widespread use of intelligent autonomous systems in combat has been named ‘Algorithmic Warfare,’ and it will lead us to the next military-technical revolution.

Most militaries are looking for exploiting the advantages of human strategic guidance coupled with the tactical acuity of human-machine combat teaming and machine-machine combat cooperation such as ‘collaborative attack operations’ and swarming.’ All of this will result in more powerful battlefield networks and displace networks that do not have AI components integrated into them. This gives birth to the concept of ‘Hyper War’ or ‘Wars of Cognition,’ where combat decision making will be so rapid, accurate, and relevant – it will replace the human element.

Two real-world examples of this ‘Algorithmic Warfare’’ phenomena are the ‘Heron Systems AI pilot versus F-16’ event and Pentagon’s partly unclassified project ‘MAVEN.’ Heron Systems has developed an autonomous AI piloting system. The AI pilot participated in the US military’s ‘Alpha Dogfight’ challenge in August 2020. Heron’s AI, at first beat seven other AI teams belonging to elite fighter manufacturers such as Lockheed Martin and Boeing. It was then pitted against an F-16 piloted by an elite USAF instructor, in a simulated dogfight. The only weapon allowed was the nose cannon. Out of the five rounds conducted, the Heron drone shot down the F-16 every time.

Project ‘MAVEN’ of the Pentagon is applying artificial intelligence and algorithms on a massive pool of UAV recon video data (in Petabytes), collected over time, to develop a system that autonomously labels objects in any given live video feed. ‘A computer vision algorithm to help military and civilian analysts encumbered by the sheer volume of Full-Motion video that the US DoD collects every day to support counterinsurgency and counterterrorism operations.’ Already collected data is processed through algorithms, and a system is developed, which can identify objects in real-time. This system is then integrated into drones, which can then identify threats (and other objects) in the video frame for effective targeting or reconnaissance.

These developments prove that Algorithmic Warfare is the driving force behind the upcoming military-technological revolution. Nation-States that do not keep up will be left behind with their obsolete military strategies, combat capabilities, and doctrines. In-house innovation and proactive technical prowess will win out over a strategy of catching up with tech leaders. History will always remember when, in 1842, the British Navy defeated the Qing Dynasty in China using superior ships and weapons, which granted the territory to Britain and opened trade with China.

This article is written to provide the authoritative bodies of the newly established PAF’s ‘Centre for Artificial Intelligence and Computing’ (CENTAIC) with insights into current research and development undertaken by advanced countries, directions to be adopted, and technologies to pursue.