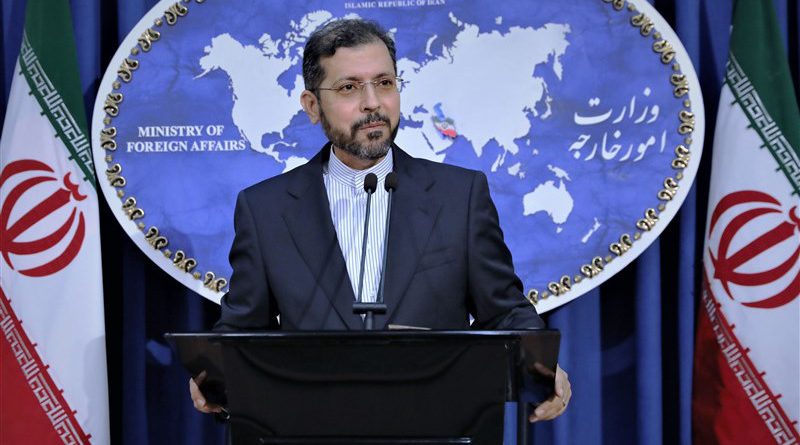 The Afghans are the only side allowed to decide the fate of their own country, the spokesperson for the Iranian Foreign Ministry said, stressing that outsiders have no right to determine the future of Afghanistan.

“No force from outside of Afghanistan has the right to make decisions about the future of that country,” Saeed Khatibzadeh said at a presser on Monday.

Tehran maintains that the Afghan people should decide their own fate, he added.

Iran has sent the message to all countries and groups that it is necessary to facilitate the intra-Afghan talks and pave the way for the formation of an inclusive government, not a minority government against the majority, the spokesman underlined.

Khatibzadeh further noted that the Taliban are part of Afghanistan and its future, reiterated Tehran’s policy of facilitating the intra-Afghan negotiations, and voiced the Islamic Republic’s readiness to host the second round of such talks provided that all Afghan groups are prepared.

“From our viewpoint, what brings peace and stability to Afghanistan is the formation of an inclusive government that would reflect the ethnic and demographic makeup of Afghanistan,” he stated.

The spokesman also stressed the need for the future government of Afghanistan to act responsibly and fulfill its certain commitments.

The Taliban have taken over Afghanistan following the United States’ abrupt military withdrawal that put an end to a futile two-decade war.

The ill-prepared US pullout plunged Afghanistan into chaos, with thousands of people still at Kabul’s international airport racing to flee the country.

Tehran has recommended that Afghan groups should seize the opportunity provided by the pullout of the foreign troops to form an inclusive government with amicable relations with neighbors.