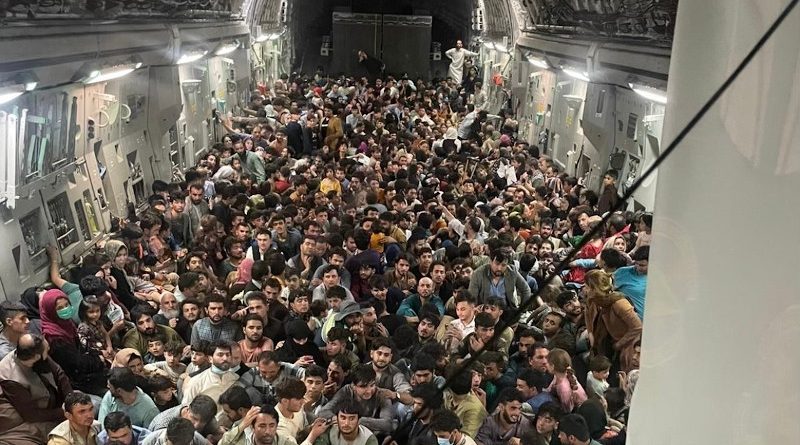 The rapid collapse of Afghanistan has led to predictable finger-pointing about who is to blame for “losing Afghanistan.” Both President Joe Biden and his predecessor, Donald Trump, laudably wanted to end the quagmire. Both made blunders.

Most recently, under Biden, Trump’s deadline for withdrawal was ignored, a Trump-era crisis response plan aimed at avoiding chaotic evacuations was halted, and a massive intelligence failure missed adroit Taliban negotiations with local governing structures to pre-cook a rapid takeover of the country. Also, Biden’s effort to quietly warn U.S. citizens to leave and offer them the price of the air ticket out of the country—all designed to avoid inducing panic—delayed the start of an airlift by months, leaving thousands of Americans stranded. Then, the Biden Pentagon abandoned the critical Bagram Air Base, which could have increased capacity and the rapidity of evacuation. Throughout, Biden’s White House and Pentagon have been concerned more with things other than assembling and implementing a sound disengagement campaign.

However, the best way to avoid this chaos in the future is to think twice, and even three times, before getting involved in counterinsurgency and nation-building missions in developing countries.

The reality is that four presidents and the U.S. Congress have culpability for sustaining the debacle over a 20-year span. The history of American involvement in Vietnam, Iraq, and now Afghanistan shows that getting into a counterinsurgency war is a lot easier than getting out. The most blame should be directed at the presidents who made the original commitment to pie-in-the-sky nation-building projects in those developing countries, which is what counterinsurgency requires.

In Vietnam, the blame can be disputed but the culprit is probably either John F. Kennedy or Lyndon B. Johnson, who escalated the number of U.S. military advisers past the point at which the United States “owned the war.” In Iraq, George W. Bush’s culpability was clear. He ordered the invasion and occupation of yet another Muslim country—after he had already invaded Afghanistan—based on deceptions and lies, and for no good security reason.

However, in Afghanistan, the blame needs to be teased out from the 9/11 crisis.

After Osama bin Laden and al Qaeda attacked the World Trade Center and the Pentagon with the expressed motive of retaliating for American interventions in the Greater Middle East, one would have thought Bush, in his response, would have been wary of the possibility that additional U.S. interventions in the region could create additional targets for Islamist groups. Instead, he did the very thing that Islamist groups said had inflamed them in the first place, ordering military interventions by non-Muslim troops in Muslim countries. Bush could have and should have skipped the Iraq War altogether.

The biggest mistake in Afghanistan was made long ago. If the Bush administration felt it needed to retaliate for 9/11 by taking out the Taliban government for reluctantly sheltering al Qaeda—instead of just crippling al Qaeda using Special Forces raids—it should have simply satisfied itself with overthrowing the Taliban and threatening to pulverize Afghanistan if any future government there harbored any Islamist group attacking U.S. targets. A Vietnam-style counterinsurgency war on the ground, which always requires nation-building activities, to “mop up” the Taliban and build democracy should have been avoided. In fact, long-term involvement by substantial U.S.-led Western forces actually revitalized the Taliban over time under the “Afghans fighting foreign occupiers” motif.

A larger problem with counterinsurgency/nation-building wars is that they try to change the governance and cultures of the target countries using military power, which rarely works. If culturally similar Union troops failed to get the American South to change its odious practice of oppressing African Americans during Reconstruction, U.S. military power in Afghanistan was never likely to help build a non-corrupt democracy that provided rights for women and minorities. The sustained application of military power was unlikely to change these bad actors’ attitudes.

After dumping $2.26 trillion into nation building in Afghanistan over a 20-year period, including $83 billion spent on giving Afghan security forces technically advanced equipment and training, those forces evaporated in the face of Taliban pressure. (This was also the fate of U.S.-trained Iraqi security forces in the face of ISIS a few years before.) The Afghanistan of today retains a political culture that is corrupt and unfriendly to democracy and individual rights.

Guerrilla movements cannot survive and thrive without shelter, sustenance, and intelligence from a significant portion of the local populace. The Taliban’s rapid takeover of the country, and the rapid dissolution of Afghan forces trained at great financial and human cost, should confirm that costly military projects to recast foreign cultures in the image of America nearly always invite complete failure. The British and Soviet empires also failed, over the course of four wars, to subdue and change the fabric of Afghanistan. This history should have dissuaded Bush from continuing the intervention after destroying the terrorists who attacked the United States on 9/11. Bush had earlier poked fun at Bill Clinton’s nation-building wars. In the end, Bush, subsequent interventionist American presidents, and the U.S. foreign policy establishment—all of whom have been great proponents of “American Exceptionalism”—showed that their arrogance was exceptionally stupid.

This article was also published in Real Clear World