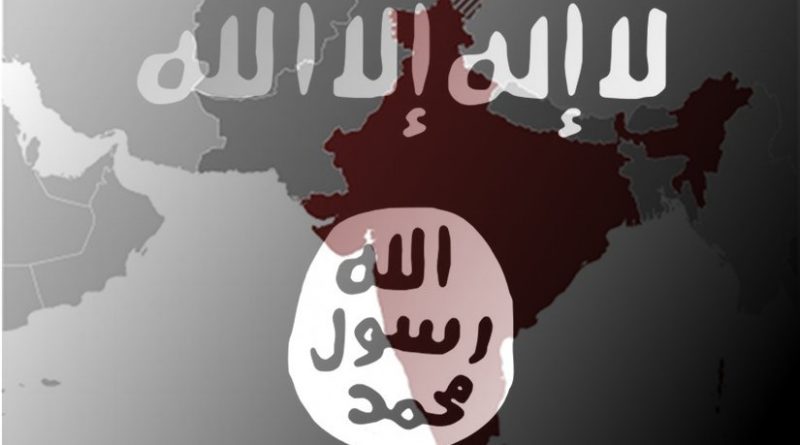 On October 25, 2017, three Islamic State (IS or Daesh) cadres, identified as Midilaj K.C. (26), Rashid M.P. (23), and Abdul Razakh K. (24), were arrested by the Valapattanam Police in the Kannur District of Kerala. All three youth, who were natives of Kannur District, were arrested by the Police. They had been kept under surveillance since they returned to India some four months earlier (date not specified), from Turkey.

Police said that they (the arrestees) had gone to Turkey and stayed there for three to four months and had been captured by Turkish authorities while they were trying to cross the border to Syria. Deputy Superintendent of Police (DSP), Kannur, P.P. Sadanandan stated that the accused were duly sent back to India by the Turkish Police and the accused reached Mumbai (Maharashtra) from where they came back to Kannur: “It’s suspected they might have received IS training during their stay in Istanbul on their way to Syria.” Sadanandan further disclosed that the arrestees had “opted for different routes to enter Syria. While Midhilaj chose the Sharjah-Iran-Turkey route, Abdhul Razakh chose the Dubai-Iran-Turkey route and Rashid opted for the Malaysia-Iran-Turkey route.” They were arrested by the Turkish Police before they could cross over to Syria.

Again, on October 26, 2017, Kerala Police arrested another two Daesh cadres, identified as U.K. Hamsa aka Taliban Hamsa aka Biriyani Hamsa (57) and Manaf Rahman (42) from Thalassery in Kannur District. Hamsa was suspected to be the kingpin of the Daesh recruitment cell in the State and controlled Daesh-related activities in the Malabar region [which includes six northern districts of Kerala; Kasaragod, Kannur, Kozhikode, Malappuram, Palakkad and Wayanad]. Rahman had been under surveillance since he was stopped at Mangalore Airport (Karnataka) while trying to make his way to Syria, along with his family, including five children, in December 2016. DSP Sadanandan asserted that Manaf Rahman had decided to go to Syria to fight for IS after coming into contact with Hamsa.

On October 25, 2017, the Gujarat Anti-Terrorism Squad (ATS) arrested two suspected Daesh cadres, identified as Mohammad Kasim Stimberwala and Ubed Ahmed Mirza, from Surat. The arrestees were reportedly planning terror attack in the State during the two-phase Gujarat Assembly Elections scheduled to be held on December 9 and 14, 2017. According to reports, they were planning an attack on a Jewish synagogue in the Khadia area of Ahmedabad in the ‘very near future’. According to officials, the duo were in constant contact with their Daesh handler Shafi Armar aka Zahed-al-Hindi and Abdullah el Faisal, a Jamaica-born Muslim cleric who faces Daesh-related terrorism charges in the US, through social media.

On October 24, 2017, the family of one of the four boys from Kalyan in Maharashtra, who left for Iraq to join IS in May 2014, had received a call from an anonymous caller from a foreign number that their son Fahad Tanvir Sheikh had been killed while fighting for Daesh in Raqqa, Syria, the preceding week (date not specified). Sheikh was the last active member of the cell, following the arrest of Areeb Majeed who returned to India voluntarily in November 2014; and the killing of Saheem Farooque Tanki (reportedly killed in al-Hasakah city in Syria in January 2015) and Aman Naim Tandel (reportedly killed in an airstrike at an unspecified location in Iraq in November 2016). The four boys were the first reported cases of Indians joining Daesh.

The National Investigation Agency (NIA) has registered at least 21 cases related to IS activities in different parts of the country, so far. The first such case was registered on November 28, 2014, based on the allegation that “some Indian youths had joined a banned terrorist organisation, the Islamic State of Iraq and Levant (ISIL) and waged war against Asiatic Powers in alliance with the Government of India and are likely to commit terrorist acts in India.” The case was registered against the four Kalyan youth who left the country in May 2014. NIA has submitted charge sheets in 14 of these cases. The number of charge sheeted persons in all these cases together stands at: 98. Of these, 65 have been arrested, while 33 are absconding. In a separate case, NIA charge-sheeted controversial preacher and the founder of Islamic Research Foundation (IRF), Zakir Naik, on October 26, 2017, for inciting youth to take up terrorist activities. Some of the youth who joined or attempted to join Daesh have claimed to have been ‘inspired by’ Naik, or have been linked to his organisations. According to the charge sheet, reportedly accessed by The Times of India,”Since he [Noor Mohammad] considered A-1 (Naik) an authority over Islamic viewpoint, he readily agreed to join the IS to fight jihad for them.” According to the charge sheet, Noor Mohammad, a witness, who was on his way to Syria to join the IS but later aborted the plan, told the NIA that he was influenced by Naik’s oratory at ‘peace conferences’ organised by IRF in 2007 and 2008.

Data and investigations suggest that South India has emerged as a focus of Daesh-linked activities. Apart from attaining ‘numerical superiority’ in arrests and detentions, the region also has the dubious distinction of accounting for the largest number (21) of Indian IS recruits killed (25) fighting for the Daesh. Moreover, 15 of the 21 killed were from Kerala alone. Four of the 15 deceased were part of a group 21 persons, including six women and three children, who went missing from Kasaragod and Palakkad Districts in June 2016 and had reportedly joined Daesh in Afghanistan. They were reportedly killed in US drone attacks in the Nangarhar Province of Afghanistan between February and July 2017. Another 11 Keralites were killed fighting in different parts of Syria and Afghanistan, while five persons from Karnataka and one from Telangana were also killed. While two of the five from Karnataka were killed in Syria, there is no information about the location of killing of the remaining three. The person from Telangana was reportedly killed in Syria. Apart from South India, three persons from Maharashtra have been killed fighting for Daesh in Syria (two) and Iraq (one). One person from Uttar Pradesh has been killed in Syria.

Large scale non-violent radicalisation of Muslim youth and the association of a significant number with Daesh in the southern states such as Kerala, from where large numbers of migrants works in Gulf countries, have created enormous security vulnerabilities. Several Kerala youth who were working in different Gulf countries have also reportedly been radicalised and allegedly recruited to Daesh. During the interrogation of three Kerlalites who were arrested on October 25, 2017, it was also discovered that some of the youth who joined IS were part of the ‘Bahrain Salafi group’, a Kerala group propagating Daesh’s extreme ideology. The authorities also worry that the number of Keralites who have joined IS could be much higher than official estimates, which are based on documented cases of missing persons.

Despite this, the lone violent incident which has so far been linked to Daesh in India was the March 7, 2017, train blast. According to the NIA case (No. RC-04/2017/NIA/DLI), preliminary investigations indicate the involvement of active members of IS in the low-intensity blast that took place in Bhopal-Ujjain passenger train at Jabri railway station in Madhya Pradesh on March 7, 2017, injuring 10 passengers. In the following 12-hour long anti-terror operation, an alleged IS-inspired terrorist, Mohammed Saifullah aka Ali, was killed by the Anti Terrorist Squad (ATS) in the Thakurganj area in the outskirts of Lucknow in Uttar Pradesh on March 8, 2017. At least six others were arrested: three from Hoshangabad District of Madhya Pradesh and another three from Kanpur in Uttar Pradesh. Investigations suggest that Saifullah had also been tasked with securing arms and training facilities for a new IS-linked terror module in Uttar Pradesh.

Daesh has, thus, failed to make any deep inroads in India. Nevertheless, the recent arrests occur at a time when IS is losing its strongholds – including its ‘headquarters’ at Raqqa – in Syria and Iraq. According to the recent (October 2017) report of the Soufan Group, after the IS ‘caliphate’ began to lose its territory in both Syria and Iraq, more than 5,600 foreign fighters returned to their respective homelands. Though the report has not mentioned any number of Indian returnees, it disclosed that around 75 Indian fighters were believed to have joined the IS ‘caliphate’.

Indian authorities are concerned. A July 13, 2017, report noted that NIA had sent a list of people who left the country, possibly to join Daesh, to Immigration departments at airports across the country. Though the list does not reveal the total number of such people, it includes at least 183 youth from Kerala – 88 from Kasaragod, 33 from Kannur, 28 from Malappuram, 19 from Kozhikode, six from Kollam and five from Palakkad. There was no information about the remaining five on the list. Of these 183, 95 were believed to have gone to Afghanistan and rest were suspected to have gone to Iraq, Syria and Lebanon. Further, the Intelligence Bureau (IB) had issued a ‘Red-corner notice’ to immigration departments at the airports across the country. Indian embassies in Turkey, Saudi Arabia, Iran and UAE (United Arab Emirates) have been told to remain on high alert while issuing documents, especially to those claiming to have lost their passports.

Further, S.K. Chhikara, Joint Secretary (Internal Security), Union Ministry of Home Affairs (UMHA), stated on October 25, 2017, that “the NIA investigation is on to probe their [more than 50 Indian nationals who joined IS in the Middle East after the group’s emergence in 2014] whereabouts. The NIA must contact the families of those who left for countries such as Syria, Iraq and Afghanistan to join IS, whose so-called ‘caliphate’ was collapsing due to sustained military assaults.”

The October 2017 arrests and the preceding surveillance of the Daesh returnees, demonstrate that Indian intelligence and enforcement agencies are well aware of the risks constituted by the trickle of beaten terrorists returning to their home country. There is, clearly, no alarming threat from Daesh in India as suggested by some commentators. Nevertheless, individual or small groups of returnees do have the potential to orchestrate incidents of violence, or to spread their extremist ideologies among vulnerable elements within their own communities. It is, consequently, imperative that the Indian security establishment remains vigilant to thwart any incipient threat in context of the collapse of Daesh in its areas of dominance, and the potential for mischief by surviving elements, including Indian returnees.