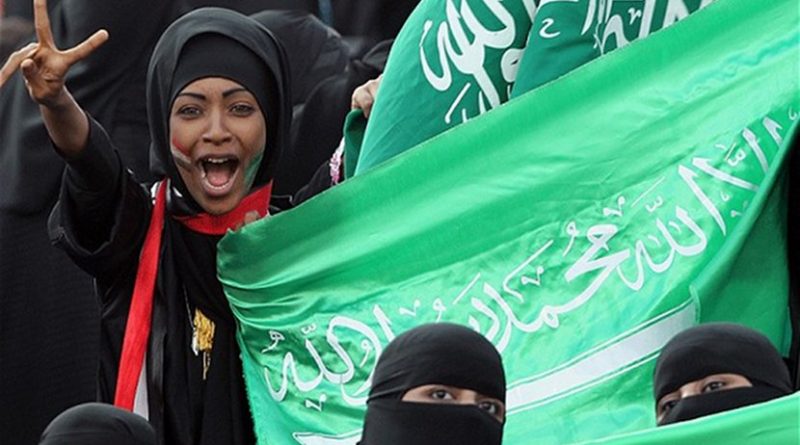 Saudi Arabia’s decision to allow women to attend sporting events in three of the country’s stadiums raises as many questions as it provide answers that go to the core of Crown Prince Mohammed bin Salman’s reforms and the kingdom’s sports policy.

The announcement that women, long barred from stadia, would be granted access to stadiums in Riyadh, Jeddah and Dammam came weeks after the kingdom lifted a ban on women’s driving. The moves were designed to project Saudi Arabia in a favourable light at a time that it is seeking to attract badly needed foreign investment.

It was not immediately clear whether women would have access to any sporting event of their choice nor was it evident that the decision would affect wide-ranging restrictions on the encouragement of women’s sports.

Saudi Arabia has until recently rejected demands by the International Olympic Committee (IOC) that women be granted the support and facilities to compete in all sports rather than only those disciplines mentioned in Qur’an such as equestrian, fencing, shooting, and archery. Operating in a legal netherland, middle and upper class women have been able to expand into other sports such as soccer through private clubs and associations.

The partial lifting of the ban on women’s access to stadiums may also be related to concern within the IOC of greater government interference in Saudi sports, a sector that has always been tightly controlled by the state.

Saudi officials worried that the kingdom like Kuwait and Pakistan could be suspended after Turki Al Asheikh, the president of the General Sports Authority (GSA), replaced officials in virtually all Saudi sports associations with the exception of soccer, since his recent appointment. Soccer may have been excluded to ensure that Saudi Arabia’s qualification for the 2018 World Cup in Russia was not jeopardized. The IOC suspended Kuwait and Pakistan because of alleged government interference.

The tighter Saudi grip on sports governance as well as the lifting of the bans on driving and stadium access fits the pattern of Prince Mohammed’s reforms that are focussed on economic diversification and rationalization coupled with necessary but limited social reforms and a crackdown on any form of dissent.

They also stroke with Prince Mohammed’s recent declaration that he would steer the kingdom away from the Wahhabi ultra-conservative interpretation of Islam on which it was built and towards a more moderate form of the faith. The prince did not define what moderate meant and, despite his reducing the power of the religious police and allowing forms of entertainment like music, film and dance that were long banned, has yet to crackdown on religious hate speech, including against Shiites, and endorse religious pluriformity. Saudi Arabia remains a country in which non-Muslim worship is banned.

So far, Prince Mohammed’s moves fit a more general trend among autocrats who realize that their autocracies need to be upgraded to ensure survival. To achieve that goal, autocracies need to be able to deliver public goods, create jobs and economic opportunity and cater to a modicum of aspirations of largely young populations. Prince Mohammed’s reforms, laid out in a document entitled Vision 2030, were geared towards that goal.

Saudi Arabia’s need to shed its image as an inward looking ultra-conservative kingdom is fed not only by its foreign investment requirement but also by its dispute with Qatar, the world’s only other Wahhabi state, and its rivalry with Iran.

Qatar, unlike Saudi Arabia, has been able to project itself as a more forward-looking country, despite a five-month-old Saudi and United Arab Emirates-led boycott justified by allegations of Qatari support for militancy and political violence, because it does apply numerous restrictions associated with Wahhabism in the kingdom. As a result, in stark contrast to Saudi Arabia, Qatar boasts one of the world’s highest women’s participation in the work force.

Saudi Arabia and the UAE have so far failed to garner international empathy for their refusal to enter into unconditional negotiations with Qatar. The two countries have insisted that Qatar accept a set of intrusive and humiliating demands that would curtail Qatari sovereignty before they engage in negotiations. Qatar has rejected the demands and proven so far capable of compensating for difficulties caused by the Saudi-UAE-led diplomatic and economic boycott.

Ironically, the partial Saudi lifting of the ban on women’s access to stadiums gives the kingdom a leg up in its rivalry with Iran, the only other country that does not allow women to attend men’s sporting events. Iran has so far successfully resisted pressure from international sports associations, but is likely to find that more difficult in the wake of the Saudi move.

Commenting on Prince Mohammed’s reforms, Amnesty International this week suggested five crucial elements that would give his plans credibility: an end to death penalties given that Saudi Arabia’s is one of the world’s top executioners; allowing freedom of expression; an end to discrimination of Shiites, halting discrimination of women including abolition of male guardianship, and stopping the killing of civilians in the Yemen war.

“The months since the Crown Prince’s appointment, have seen no improvements, instead, it’s already dire rights record has continued to deteriorate,” Amnesty said in a statement referring to Prince Mohammed’s promotion in June from deputy crown prince to crown prince.