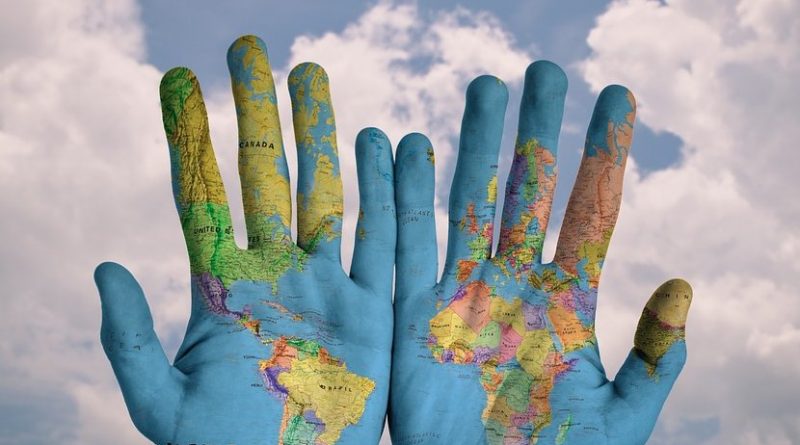 As globalization loses its allure and US global power declines, nation-states may turn to regionalization to safeguard interests.

From all appearances, the United States can no longer afford to be an uncontested global power. Another power structure is taking over.

The US alliance system forged after World War II was anchored in common values. NATO defended democracy and free market economy against challenges from authoritarian communist systems and centrally planned economies. Moral support came from inside the country and from outside admiration of this model, amplifying strategic support. Americans were willing to pay for advocating this model. Most international compromises were due to the United States manifesting a willingness to share benefits with participants. This was not contested at home.

Today, fewer Americans feel that America stands above all others, as suggested by Pew Research and illustrated by US withdrawal from the Paris Agreement on global warming and the Trans-Pacific Partnership. At the same time, the number of global citizens viewing US power as a threat is on the rise.

For decades, the United States had been the global financial center even if paradoxically it ran a savings deficit up to 4 percent of GDP. Countries with savings surpluses trusted US financial institutions, and this lucrative business amplified American financial power. Debt, long ignored, threatens US financial capacity. In less than four years the share of net interest burden will jump to 16 percent of the federal budget, according to the Congressional Budget Office. Net interest, classified as discretionary spending and accounting for one third of the federal budget, will be close to $300 billion.

The country benefited from economic globalization, but the country’s share of global GDP is in decline – from 38 percent in 1970 to 32 percent in 2000, 28 percent in 2008 and today at 22 percent. Such erosion of power explains US foreign policy under the Trump administration. Economics defines the room of maneuver for global superpowers – whether it is profitable economically and worthwhile morally to continue in this role. A high share of global GDP once connoted benefits justifying the costs of the US leading economic globalization. A falling share of GDP means fewer benefits while costs remain high. The Trump administration is realigning benefits versus costs by reducing commitments with alliances. Another administration would have little choice but to do the same, albeit with another style and vocabulary.

Without US willingness and capability to enforce rules, nation-states around the world slide into regional arrangements.

Three regions are emerging: the Western Hemisphere, East Asia possibly expanding into Asia, and Europe plus its “near abroad.” A question, so far unanswered, is whether relations will be rule-based, or will the strongest nations assume leadership. Areas outside the regions are exposed to uncertainty. Russia, the Middle East and Oceania may fall in this category.

The global supply chain is gradually giving way to regional chains, particularly in Asia. Recently the Asian Development bank published figures suggesting that Asia’s intraregional trade rose in 2016 to 57.3 percent of all trade – up from 55.9 percent as an average in the preceding five-year period. Foreign direct investment within Asia rose to $272 billion with intraregional FDI increasing its share from 48 percent in 2015 to 55 percent in 2016. More than 20 years ago an International Monetary Fund study suggested that Asia’s business cycle had decoupled from the US business cycle.

For China, the labor force peaked in 2015 and will fall to 825 million in 2050. Increasing labor costs will price China out of low-cost, labor-intensive manufacturing. Other nations already tap into this opportunity, and more manufacturing will migrate to South Asia, especially India, with its labor force increasing from 800 million to 1.1 billion in 2050. China reaped the demographic dividend until 2015. Now it is India’s turn.

China is pulling out all stops to transform into a high-tech leader, encouraging entrepreneurship and innovation and investing $320 billion to drive a structural shift from an industrial to service-based economy. Made in China 2025 aims at positioning the nation as a leader using new technology in manufacturing. China plans to be the preeminent practitioner of artificial intelligence, biotechnology, genetic engineering and total recycling.

The flywheel is whether China and India manage to engage in regional economic integration. India suffers from a savings deficit. China must therefore find the money not only to fund its own restructuring, but also train India’s labor force plus bring India’s infrastructure up to date. If this works out, the world stands a reasonable chance that economic globalization, albeit not in the same form as today’s, will prevail. If not, odds for a benevolent outcome become slim. The key is achieving balanced trade and investment so that China is not seen as sole beneficiary.

Global stability depends on whether the United States and China allow logic and mutual interests to govern relations and whether they can put aside superficial instincts to settle disputes with power. It is game theory: The two countries know that conflict, especially a military one, would leave both worse off. But if one can bully the other, it can come up on top. Each must assess the opponent’s posture correctly.

Chinese behavior supports the thesis that leaders understand economic constraints, realizing that their economy cannot sustain a major conflict with the United States. For now, they focus on modernizing the country and avoiding domestic problems that call into question the Chinese Communist Party’s monopoly on power. During a meeting with former US President Bill Clinton, China’s then President Jiang Zemin reportedly confided that China’s greatest fear is internal social unrest, implicitly conveying that China would not tolerate disruptions.

There are reasons to believe that segments of US foreign policymaking regard economics and trade wars as instruments to undermine China’s economy. In turn, China’s restructuring could run aground, sowing discontent. Such trade actions, however, are a double-edged sword. The outcome depends on the opponent’s ability to stay the course. American business leaders understand the US economy is intertwined with the global economy. With nearly half of sales of S&P 500 companies coming from overseas, according to S&P Dow Jones Indices, these leaders may exercise sufficient policy leverage to overrule politicians flirting with the prospect of a preemptive strike against China.

The US economy may look strong enough to win an economic contest with China, but such an outcome is far from certain considering the reduced US weight in the global economy and the Trump administration’s systemic efforts to dismantle global economic institutions like the World Trade Organization, which could have assessed Chinese behavior as a question of global rule compliance. Neither the US attempt to hang on to global power nor China’s ambitions to replace the United States fit well with the thesis of both serving as global leaders.

Nation-states regard international organizations/institutions as irrelevant and no longer capable of providing security. Sovereignty and security of all types as well as new power parameters like terrorism and cyberwarfare are increasingly seen in a regional context. The United States can no longer be expected to secure order as guarantor of the global system, leaving many nations in a predicament.

Instead, one or two of the region’s large economies may set the tone with smaller nations toeing the line. The institutional structure may strike a balance between a rule-based system and a strongman model. Smaller nation-states will jostle for rank inside the regional framework as decision-making shifts from “equal partners” to favoring the strongest or most ruthless. If regions and leading powers respect one another, the risk of a major war is low. Proxy wars may take place around the world where no regional leader is established or spheres of interest must be defined.

The transition from globalization to regionalization is underway and could get risky if nation-states dissatisfied with the US-led global system are tempted to redefine spheres of interest vis-á-vis neighbors or test limits to retrieve what they regard as lost. In some cases, a lack of restraint could escalate into military actions.

*Joergen Oerstroem Moeller is former state-secretary with the Royal Danish Foreign Ministry and a visiting senior fellow with ISEAS Yusof Ishak Institute in Singapore. He is also an adjunct professor at Singapore Management University & Copenhagen Business School and an honorary alumni of the University of Copenhagen.