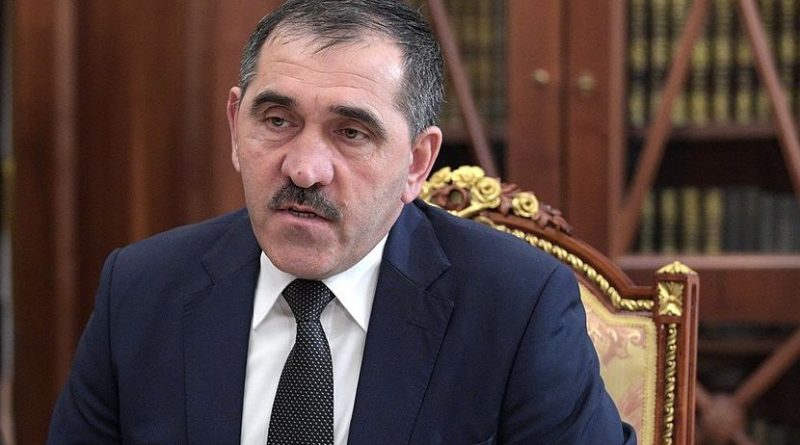 This morning the Ingush Constitutional Court ruled that the border accord between Yunus-Bek Yevkurov and Chechnya’s Ramzan Kadyrov was “inconsistent with the republic’s constitution” which explicitly requires that there be a referendum on any border changes (bakdar.org/postanovlenie-19-p-po-delu-o-proverke-konstitucionnosti-zakona-respubliki-ingushetiya-ob-utverzhdenii-soglasheniya-ob-ustanovlenii-granicy-mezhdu-respublikoj-ingushetiya-i-chechenskoj-respublikoj-v-s/).

That represented a stinging defeat for Yevkurov who had rammed through a law in the republic assembly approving what he had done on his own, for Kadyrov who has insisted that the accord is valid, closing off any future discussion, and for Moscow which via its presidential plenipotentiary blessed the deal.

The World Congress of the Ingush Nation, a meeting convened primarily to oppose the border agreement, celebrated what they saw as an enormous victory for themselves as a result of two weeks of public protests (kavkaz-uzel.eu/articles/327319/). But their celebration appears to be premature.

Not only did Yevkurov arrange for the congress to be monitored by his own and Russian siloviki (kavkaz-uzel.eu/articles/327313/), an action intended at a minimum to reaffirm his position and to intimidate his opponents, but the republic head said he did not accept the decision of his own republic’s court and would appeal to Moscow.

(Yevkurov appears to have tried later yesterday to head off the court decision against him by having two of the deputies of the republic’s assembly appeal to the court to allow them to withdraw the suit and thus end any judicial review of the case, something that the Constitutional Court rejected (kavkaz-uzel.eu/articles/327290/).)

The republic head said that despite the court’s action which after all focused on the way in which the agreement was to be ratified and not on the accord itself, the agreement remained valid. And he added that the accord only had to agree with the Constitution of the Russian Federation, not that of the republic (kavkaz-uzel.eu/articles/327331/).

Therefore, Yevkurov continued, the only body that can legitimately rule on what should be done is the Constitutional Court of the Russian Federation to which he clearly plans to appeal. Until that court renders its decision, the Ingush Republic head insisted, the accord he and Kadyrov signed at the end of September will remain in place.

Yevkurov’s action almost certainly destroys the last vestige of support he has in Ingushetia by so blithely dismissing the republic basic law. It will lead to new and larger protests against him and his government, forcing Moscow to decide whether to intervene with force that could spark violence or remove Yevkurov which could lead to even more demands.

As of this writing (1500 EDT), Kadyrov and Moscow have not reacted; but by taking this action, Yevkurov may have transformed the Ingush Congress into a kind of constituent assembly and the protests that will now resume into a Maidan, developments that will echo far beyond Ingushetia, even if up to now few in Moscow have been paying much attention.

That trajectory is even more likely because today, in addition to everything else that was going on, the Ingush held memorial meetings about the large number of victims their nation suffered in a border clash with North Ossetia in 1992 (capost.media/news/society/v-ingushetii-vspominayut-zhertv-osetino-ingushskogo-konflikta/).