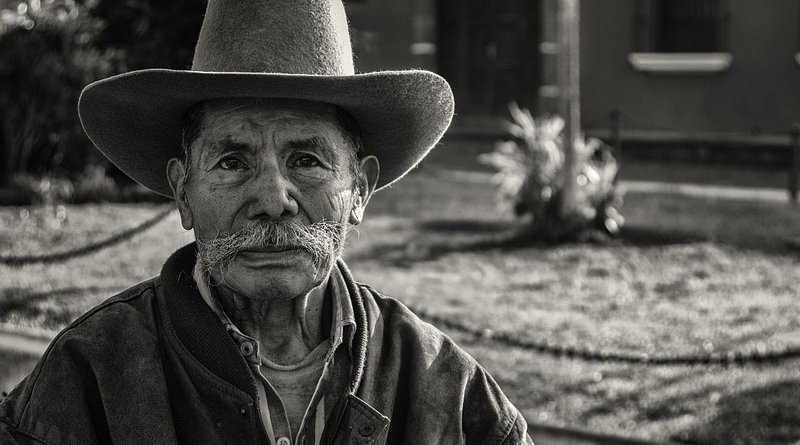 Guatemalans do not want to flee their homes – investing in small businesses, training and security can alleviate poverty and desperation.

In grappling with the Central American migrant crisis at the southern US border, policymakers must remember that families have fled these countries for decades. This is not a new phenomenon. Drugs, gangs and poverty have long led people to migrate from Central America to take refuge in other countries, including the United States, Canada and Spain. Climate change has become another motivator for migration, especially for farmers struggling with droughts and flooding.

While the numbers of people seeking asylum keeps growing, it is important to remember that virtually no one actually wants to flee his or her home and start from scratch in a foreign land. High numbers of people moving to seek refuge in another country are almost always a sign that conditions have become extremely difficult, dangerous and perhaps even hopeless. Those fleeing such circumstances believe they have no other choice but to uproot themselves and their families, risking their lives to find a better place to find safety and start over. In Guatemala, the migration is coming from both rural farm areas and the cities where gang violence has escalated.

No matter the prism through which one views migration, the challenge for those who care is to help build on what is working to enable people to remain in their homes and countries. For international development organizations like World Neighbors, this means investing in what already works – patiently partnering with rural communities to increase incomes and open doors to economic and social opportunity. It means working with local leaders to identify their priorities and helping these communities raise capital, enhance security, ensure they have food and clean water year-round, and help them to become self-sufficient.

World Neighbors has assisted more than 27 million people since 1951 to alleviate poverty, hunger and disease in 45 nations throughout Latin America, Africa and Asia. Through a unique, holistic approach to development, the group does not focus on one sector, rather it helps address all the gaps through training, ultimately, “graduating” communities to be fully self-sufficient. In Guatemala, the group helps poor farmers to improve their lives and stay in their homeland. An example is an eight-year-old program in the dry corridor department of Chiquimula and the highland department of Atitlan, which includes Lake Atitlan. Many families in these areas grow coffee, the country’s second leading export after clothing. More than 40 percent of Guatemala’s coffee is exported to the United States. While coffee farming can produce sustainable incomes, the product is a commodity, and like all commodities, its price depends on the international market and fluctuates. While international buyers like Starbucks pay premiums and have programs to help moderate price cycles, there has long been a clear need to develop diverse sources of income. That’s the focus of the holistic development program World Neighbors runs with local Guatemalan partners.

In Chiquimula, nearly 20,000 people growing coffee and other agricultural products have participated in this program. They have started nearly 600 small businesses. The overwhelming majority of those businesses – 494 – were started by women. For example, in the Olopa region, women have traditionally made handmade rope and straw bags for their families’ use. The bags incorporate local designs and dyes and can be used for shopping, carrying produce or as book bags. Through a savings and credit group, the women developed a cooperative and started a small business, now offering a range of designs and undergoing training in basic financial and marketing techniques. As a result, local bag production has been successfully commercialized, with women selling their bags in Olopa, a town of 24,000, and surrounding regions. The bag business provides significant income for hundreds of women, including those whose families farm coffee. Women make an average of $100 a month from the bags.

Producers have organized themselves into the Association of Olopenses Women, or AMO. With its success in Olopa, the AMO has expanded to the larger communities of Jocotán and Camotán and now encompasses 37 communities. In addition to its own small business and agricultural initiatives, the AMO partners with other international groups to improve local economic and social conditions. For example, the group has worked with the Habitat for Humanity Foundation to purchase and install cleaner and more efficient stoves to reduce indoor air pollution along with asthma and other respiratory illnesses. AMO is now completely independent of World Neighbors’ assistance and continues to grow without external support. This association of women is a model that can be replicated to ensure financial security and encourage people to stay on their land.

In addition to starting small businesses, farmers who grow crops other than coffee have learned sustainable techniques to increase output. This includes raising more and healthier chickens, a major source of protein in rural communities. Farmers sell surplus agricultural output, including poultry, in local markets. Using a savings and credit program, profit is reinvested to expand output or start small businesses like rope bags.

The story is similar in Atitlan, where nearly 21,000 people have participated in small business development and related efforts. The funding for the training has come from a local Rotary Club, Rotary International and the Starbucks Foundation. Community members have started nearly 800 small businesses. As in Chiquimula, women dominate here, running 590 of them.

The impact on migration speaks for itself: In Atitlan, nine people who have participated in our program have migrated to the United States. In Chiquimula, the number is zero.

World Neighbors has started a similar project in Huehuetenango, supported by the Starbucks Foundation. This project is in its early stages, but already the demand for training and participation is high. This only reinforces what those who work in community-based economic development know – there’s no magic wand. It takes time to help poor communities diversify and increase their incomes and catalyze sustainable economic and social development.

But it can be done.

Guatemala is among the strongest economic performers in recent years, reporting a 3 percent rate in economic growth, according to the World Bank, but inequality is high and indigenous people represent more than half of those living in poverty. Per capita GDP is about US$4500. Guatemalan families want a more secure and prosperous home and a better future for their children. Successes in Olopa, Atitlan and Chiquimula demonstrate that such a future is possible in this beautiful country of resilient people with patient investment in programs that work.