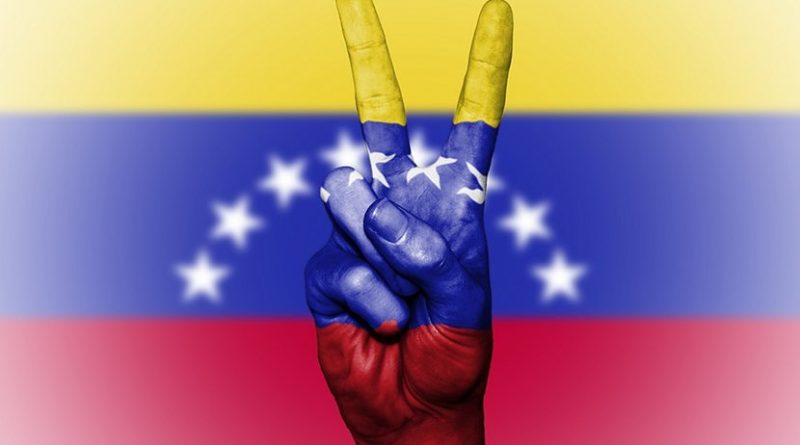 Not for one minute during this pandemic has the United States stopped trying to overthrow the government of Nicolás Maduro in Venezuela. A seam of cruelty runs through U.S. policy, which by its sanctions regime prevents Venezuela from open trade of its oil to import key medical equipment to help break the chain of the virus and heal those infected by it.

Billions of dollars of Venezuelan government money have been seized by banks in the North Atlantic world, money which President Maduro says is needed to fight COVID-19; even though Maduro’s government says that the money held by the Bank of England can be turned over to the United Nations to buy goods for Venezuela, the government of the UK refuses to part with the funds.

Despite this, Venezuela’s people have been able to hold down the rate of infection, and its medical workers have been able to heal large numbers of those who have been infected with COVID-19. Former Venezuelan Ambassador to Mexico María Lourdes Urbaneja Durant was the second health minister in the government of former President Hugo Chávez. She is trained in the fields of social medicine and public health, training which made her a natural leader in the Bolivarian Revolution’s attempt to shift the foundation of medical care from the private to the public sector. In mid-October, I spoke to Ambassador Urbaneja, who left her embassy post in Mexico last year to return to Venezuela, where she has been weathering the storm of this pandemic.

Venezuela, she told me, has been able to face the challenge of the pandemic because of the “participation of the people” in every aspect of the fight against COVID-19. Popular participation is, she said, “a pillar of the Bolivarian Revolution,” and it can be glimpsed in the way people’s organizations are helping with testing and contact tracing, as well as in maintaining the basic functions of daily life. The government has developed the patria.org digital platform, where 18 million Venezuelans (out of the population of 28 million) have participated in surveys on the impact of the virus and on their needs in these difficult times; this process has allowed the government to target its resources toward the most affected communities. Venezuela has benefitted from material support from China, Cuba, Russia, and Turkey, as well as from the Pan American Health Organization and the World Health Organization.

Since 1999, when Chávez became president, the Bolivarian Revolution has struggled to create a robust public health sector. Ambassador Urbaneja joined the health ministry as director of international cooperation under Dr. Gilberto Rodríguez Ochoa. Venezuela’s medical sector had been assaulted by the structural adjustment policies of the International Monetary Fund, with the privatization of health delivery defining the industry. As Dr. Rodríguez Ochoa attempted to strengthen the public health institutions, the pro-privatization doctors’ unions in both public and private hospitals resisted the reforms; but the government was adamant that the country needed a robust public health system.

Ambassador Urbaneja followed Dr. Rodríguez Ochoa as the health minister. A veteran of the Revolutionary Left Movement in Venezuela, Ambassador Urbaneja had studied at the Institute of Neurosurgery and Brain Research in Chile with Professor Alfonso Asenjo Gómez from 1970 to 1973, during the tenure of the Popular Unity government of President Salvador Allende. During the coup against Allende, she was arrested, freed by a comrade as she was being taken to the Estadio Chile (now the Víctor Jara Stadium), and taken on a humanitarian aid plane back to Venezuela. She then trained as an epidemiologist at the National School of Public Health (FIOCRUZ) in Brazil, where she had a front-row seat as Brazil created its Unified Health System (SUS).

Ambassador Urbaneja’s commitment to social medicine led her into the Latin American Association of Social Medicine (ALAMES), which she headed, and whose insights about the need for health care delivery where people live defined her approach. The creation of Misión Barrio Adentro in 2003 led to the construction of thousands of medical clinics across Venezuela. This followed from the Venezuelan Constitution of 1999, which enshrined the ALAMES principles, such as to create a decentralized and participatory health care system with community control over the policies of the system. Privatization of the system was prohibited by the constitution. This was the system that was created by the process in which Ambassador Urbaneja participated. The structure developed then continues to play a vital role—despite the shortages—to reach people in the pandemic.

After she left the Ministry of Health and Social Development in September 2003, Ambassador Urbaneja was deputed to be Venezuela’s ambassador to Uruguay (2004-2006), Chile (2006-2012), Ecuador (2012-2015), Brazil (2015-2016), and then Mexico (2016-2019). Her tenure as ambassador began with the election of the Frente Amplio government in Uruguay and ended with the election of the Morena party in Mexico: a long wave through Latin America’s pink tide. During this period, Ambassador Urbaneja participated in the construction of the Union of South American Nations (Unasur), which was to promote the sovereignty of the region. In a crisis, such as the pandemic, this platform could have brought the countries of the region together; but Unasur has been eroded by the rise to power of the governments of the oligarchy.

When Ambassador Urbaneja reminiscences about her time as a student in Chile—which just voted to rewrite its dictatorship-era constitution—she remembers a slogan—I’m hungry and what about it! I’m still from the PU. The PU is the Popular Unity government, which despite the challenges imposed on it by the United States still held the faith of the people. Much the same spirit governs Venezuela, she says; despite the pressure from the United States, and its allies, the people of Venezuela remain committed to the democratic project set in motion by the election victory of Hugo Chávez in 1998.

This article was produced by Globetrotter.