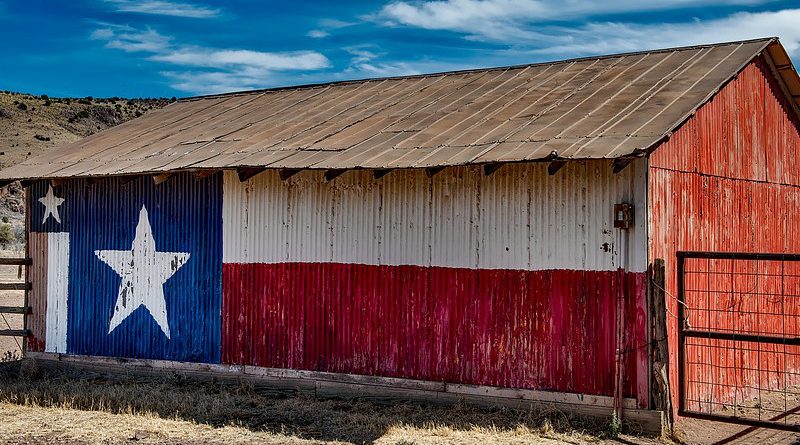 Traveling around Texas, I have found that areas where election votes go strongly in favor of Republican candidates tend, during the coronavirus crackdown, to be the best for stopping for gas, food, or other shopping, or just to use a restroom. In these areas it seems I am least likely to be accosted by some person telling me to put on a mask. Indeed, often in these areas a store will not have a “Masks Required” sign on the door and employees will not be wearing masks or will be wearing them on their chins or with their noses exposed.

In contrast, stops where the election votes go strongly in favor or Democrats, I have found, more likely feature “Mask Required” signs. Stores in these areas also seem more likely to have employees who have fully covered noses and mouths and who are ready to tell people who comes in to cover their faces too. Even if you can dash in and out to use the bathroom without being accosted, being among the devoutly “masked up” can be disquieting. This is especially the case when you understand that wearing masks does not provide protection from coronavirus and is instead akin to participation in a field study in psychological manipulation.

My observations fit well with results of a Pew Research Center poll conducted between August 31 and September 7. Open-ended responses to a poll question indicate there is much more concern about being pressured or required to wear masks among Republican and Republican-leaning individuals than among Democratic and Democratic-leaning individuals. Patrick van Kessel and Dennis Quinn write in a Thursday Pew Research Center article concerning the poll:

Overall, 14% of U.S. adults mentioned the word “mask” when asked how the pandemic has made their life difficult or challenging. That made “mask” the fourth most common term in these responses, behind “family” and “work” – each of which was mentioned by 19% of the public – and “friend,” mentioned by 14% of respondents.

“Mask,” however, was the single most-used term among Republicans and Republican-leaning independents, who were roughly twice as likely as Democrats and Democratic leaners to mention it in the context of negative effects from the outbreak (19% vs. 10%, respectively).

Even a mask-loving owner of a store in an area where most people are Republican or Republican-leaning would be wise to keep in mind how many such individuals think regarding masks. Being a “wear you mask” zealot in such a place can be bad for business.

Something to keep in mind when planning a route, stops, or even a destination for your next road trip.