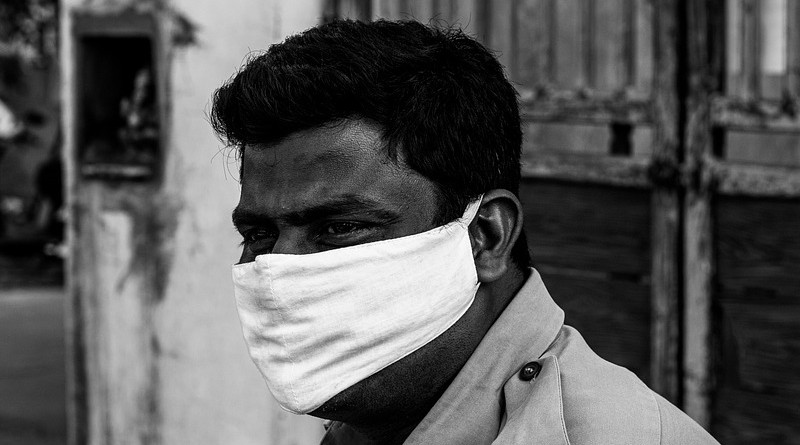 By Margot Rathke and Sarah Anderson*

Voter mobilization is not easy in Metcalfe Park, a majority-Black neighborhood in Milwaukee scarred by poverty, racism, disenfranchisement, and neglect.

“I don’t believe in voting,” one young Black woman told Melody McCurtis, who’s been going door-to-door to get out the vote. “The higher-ups, they’re going to pick the president. Our votes don’t count.”

McCurtis and her mother, Danell Cross, are community organizers with Metcalfe Park Community Bridges. Their tireless efforts to mobilize neighbors to overcome skepticism and other barriers to voting are captured in a new short film, Metcalfe Park: Black Vote Rising, produced in part by the Economic Hardship Reporting Project.

As they canvass door-to-door to reach people who are missed by digital social media campaigns, Cross and McCurtis deliver food and COVID-19 safety kits along with voting instructions. Their goal is to motivate their neighbors to vote while preparing them for potential voter suppression and disinformation campaigns — all while many of these neighbors are grappling with job loss, furloughs, and COVID-19 sickness.

During the disastrous Wisconsin primary in April, an estimated 16 percent of Black voters in Milwaukee were disenfranchised. One major problem: In the midst of the pandemic, the number of polling sites in the greater Milwaukee area was slashed from more than 180 to just five, forcing people to risk exposure and wait hours to cast their votes.

The mother-daughter duo is determined to achieve a better outcome in the general election. And their efforts could have tremendous impact.

A report by the Poor People’s Campaign shows that increasing voter participation among the poor could make a huge difference in election results. In the 2016 presidential election, 34 million poor or low-income people who were eligible did not vote.

In 2106, Wisconsin was decided by just 20,000 votes. Meanwhile 460,000 low-income, eligible Wisconsinites did not vote in that election. An increase of 4.9 percent of the non-voting low-income electorate would’ve equaled the margin of victory for Wisconsin in 2016.

Increased voter participation by the poor, as part of broader organizing strategies, can have an even greater impact at the local level.

“We know that when we vote, they’ll start paying attention,” McCurtis explains. “We have officials that are not advocating for the right jobs to come in. We have officials that say, ‘Oh, let’s open up a Family Dollar that pays $8 per hour.’ When I vote, I’m voting to keep the officials accountable — not just for me, but for the entire community.”

*Sarah Anderson directs the Global Economy Project and co-edits Inequality.org at the Institute for Policy Studies. Margot Rathke is an IPS Next Leader. This op-ed was adapted from Inequality.org and distributed by OtherWords.org.