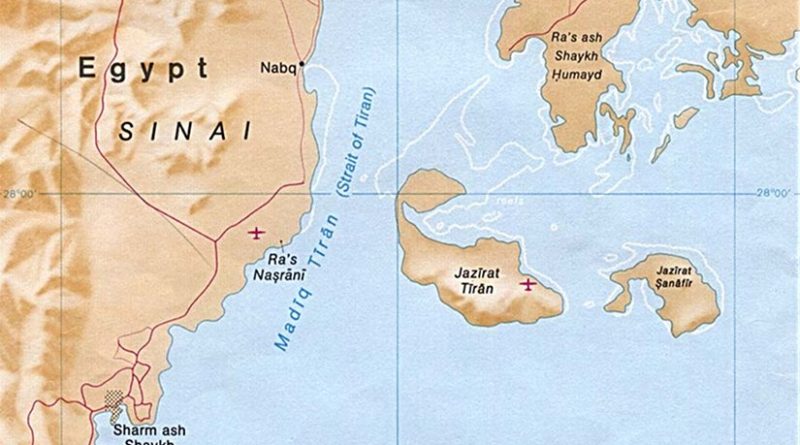 Locations of Red Sea islands Tiran and Sanafir that are disputed by Egypt and Saudi Arabia. Source: CIA World Factbook.

Egypt’s cabinet approved on Thursday the Egyptian-Saudi maritime border demarcation agreement and referred it to the parliament for ratification.

The agreement stipulates that the two islands of Tiran and Sanafir fall within Saudi territorial waters.

The administrative court had annulled the agreement in June and affirmed that the two islands fall within Egypt’s borders. The State Lawsuits Authority, representing the government, challenged verdict later.

The Supreme Administrative Court is set to rule on Jan 16 on the government’s appeal against the annulment of the agreement.