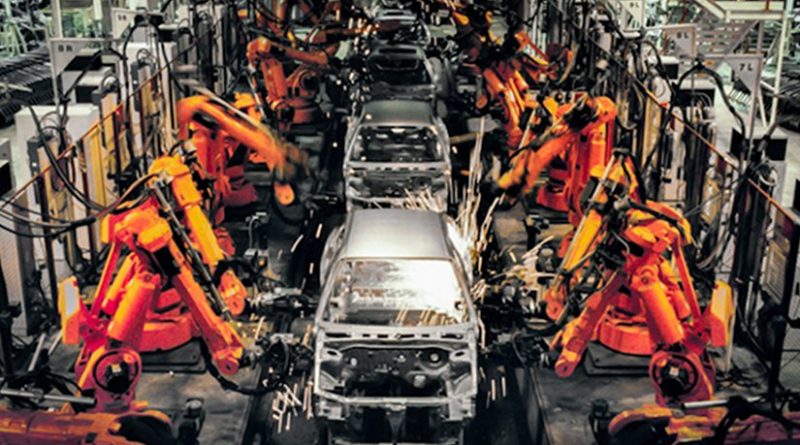 The world’s 48 most impoverished and vulnerable countries have reason to rejoice. The United Nations General Assembly in New York finally established a Technology Bank for Least Developed Countries.

The Technology Bank is intended to help least developed countries strengthen their science, technology and innovation capacities, foster the development of national and regional innovation ecosystems that can attract outside technology and generate home-grown research and take these advancements to market.

The origins of the idea date to 2011 when UN member states established the Istanbul Programme of Action for Least Developed Countries. This ten-year programme of action included the improvement of scientific and innovative capacities of the world’s poorest nations.

It specifically called for the establishment of a Technology Bank to “help improve LDCs’ scientific research and innovation base, promote networking among researchers and research institutions, [and] help LDCs access and utilize critical technologies”.

The UN Office of The High Representative has supported the initiative for Least Developed Countries, Landlocked Developing Countries and Small Island Developing States (UN-OHRLLS) since 2011. This long-standing priority of the least developed countries is also confirmed in the 2015 Addis Ababa Action Agenda and in Sustainable Development Goal 17.

The Technology Bank is expected to begin operations in 2017 with headquarters in Turkey. It will be financed by voluntary contributions from member states and other stakeholders, including the private sector and foundations. Turkey would provide facilities and services, having already contributed an initial $1 million.

“The global community has a responsibility to ensure that these nations are supported as they make progress towards strengthening their science, technology and innovation capacities for eradicating poverty, accelerating structural transformation and building resilience,” Acharya said.

The poorest countries in the world cannot eradicate poverty, achieve strong and sustainable development and build resilience without expanding their scientific and technological bases, Acharya explained. “They need to effectively utilise technology to leapfrog various stages of their development process in order to meet the goals of the Istanbul Programme of Action and the 2030 Agenda,” he added.

Greeting Turkey’s offer to host the Technology Bank and its support for its establishment, Armenia’s Permanent Representative to the UN, Zohrab Mnatsakanyan, Vice-President of the General Assembly, encouraged other member states to do the same.

“It is through mechanisms like this that the concept of leaving no one behind”, as enshrined in the Sustainable Development Goals (SDGs) in September 2015 “comes to life”, he told the General Assembly on December 23.

The representative of Thailand, speaking in explanation of position on behalf of the Group of 77 developing countries and China, urged States and entities in a position to provide voluntary financial and technical assistance to the Bank to do so to ensure its timely operation.

Strengthened international development cooperation would bolster efforts aimed at reaching the requisite financial resources that remained critical to the economic and social uplifting of the least developed countries.

“A new organ of the General Assembly has emerged,” said the representative of Bangladesh, speaking on behalf of the least developed countries. For the first time in history, the Assembly had established an instrument to foster technology enhancement for least developed countries, he said. “This is a major breakthrough and a historical moment for the United Nations,” he added.

Apart from leading to the achievement of the Sustainable Development Goals, the move to establish the Technology Bank also showed that least developed countries were not alone in their drive for sustainable development.

The Technology Bank would work to reduce the digital divide and help to facilitate the implementation of the Istanbul Programme of Action for the Least Developed Countries. “This is just the beginning, he said, urging all to make efforts to mobilize resources to operationalize the Technology Bank.

The representative of Turkey said the Technology Bank’s establishment was a significant accomplishment and a manifestation of solidarity with least developed countries. In that context, the Technology Bank would seek to build capacities and enable the transfer of critical technologies and to bridge technology gaps. Underlining that the mobilization of sustainable resources was a must, he said that while Turkey would continue to do its part, funding was a responsibility shared by all stakeholders.

Explaining the background, UN-OHRLLS said: The overarching objective of the Technology Bank is to help the least developed countries build the Science, Technology and Innovation (STI) capacity that they need to promote the structural transformation of their economies, eradicate poverty and foster sustainable development.

The specific objectives as set out in the Charter of the Technology Bank forwarded to the General Assembly by the Secretary-General on August 29, 2016, are:

– To promote the development and implementation of national and regional STI strategies;

– To strengthen partnerships among STI-related public entities and with the private sector;

– To promote cooperation among all stakeholders involved in STI, including, researchers, research institutions, public entities within and between LDCs, as well as with their counterparts in other countries;

– To promote and facilitate the identification, utilization and access of appropriate technologies by LDCs, as well as their transfer to the LDCs, while respecting intellectual property rights and fostering the national and regional capacity of LDCs for the effective utilisation of technology in order to bring about transformative change.

Preparatory work towards the Technology Bank culminated with the report of the feasibility study prepared by a High-Level Panel of Experts in 2015. The Panel’s recommendations highlighted that the Technology Bank, modelled on the United Nations University, had the potential to strengthen national capabilities and provide expertise to the world’s least developed countries, ensuring that they are no longer left behind in achieving internationally agreed development goals.

The panel underscored that the establishment of the Technology Bank was not only required but also feasible. On that basis the General Assembly requested the Secretary-General to take the steps necessary to launch and operationalize the Technology Bank by 2017.

In the period leading up to the formal establishment of the Technology Bank, the members of the Governing Council provided support to the Secretary General in undertaking the necessary steps towards its operationalization.