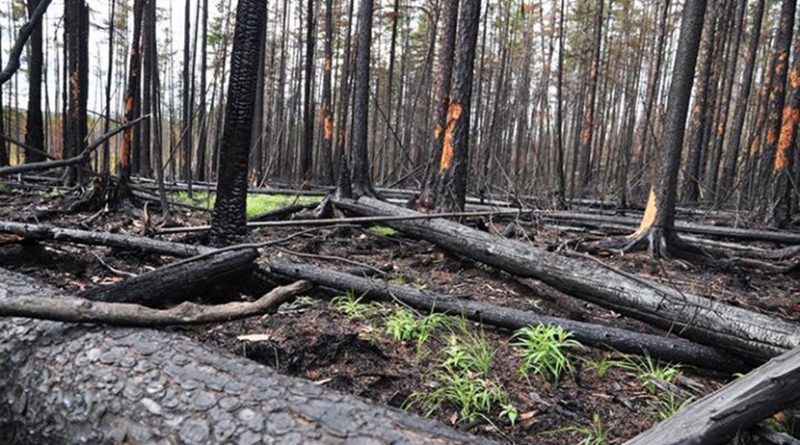 Due to the location of the trees, the concentration of charcoal differs from place to place. Credit: Photo by Bryanin S.V.

Boreal forests are a huge carbon sink. The fine roots, not only the leaves, stems and branches of trees, largely contribute to carbon accumulation. The Russian Far East has had an increasing number of forest fires, many of which are believed to be caused by global warming and human activities. Burning trees in forest fires naturally cause the emission of CO2, but little is known about the extent to which fire-derived charcoal influences ecosystem processes, such as soil organic matter decomposition.

According to the results, charcoal had little effect on the decomposition of fine roots right after they were buried in soil. But at the end of the experiment, the loss of root mass in samples incubated with higher concentrations of charcoal was greater (double content: 40 percent; maximum content: 42 percent) than in the control (30 percent) and the average content conditions (27 percent).

“Our study has provided the first field evidence that fire-derived charcoal might accelerate the decomposition of fine larch roots and consequently CO2 emissions from boreal forest,” said Makoto Kobayashi.

The finding likely will help predict future changes in CO2 concentration in the atmosphere should more forest fires be triggered by global warming and human activities.

Balkan wines have been making inroads on the global wine scene in recent years. But a surplus of unsold wine