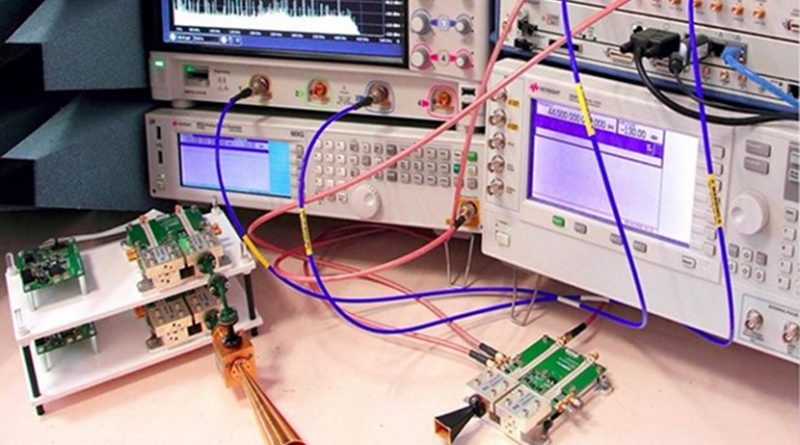 If they are to achieve data rates exceeding 10Gbps, 5G networks will demand an extended range of frequencies allowing for large continuous bandwidths. The solution could arise from mm-wave bands within multi-RAT deployments.

As impressive as they are, our smartphones’ 4G networks can hardly sustain the standardisation of the likes of UHD video or VR. Coping with such demand and the high traffic growth it entails would require data rates 10 times higher than 4G, as well as increases in bandwidths from up to 100 MHz to several GHz. Could mobile radio access technology (RAT) for mm-wave band deployment be key to achieving this?

Despite their potential, many doubts and uncertainties were still surrounding mm-wave bands until two years ago. Questions related to frequency, channel characteristics, air interface, integration with 5G networks or hardware impairment at higher bands remained open.

With the mmMAGIC project, Europe’s main infrastructure and equipment vendors, research institutes, and universities – along with one SME – teamed up to clear these doubts. Convinced that mobile networks operating at mm-wave bands should be able to operate both as a standalone network (single-RAT) and as multi-RAT deployments (non-standalone mm-wave RAT operation), they developed a mm-wave radio interface to address the specific challenges of mm-wave communication and achieve the capacity, throughput, latency, and energy efficiency required for 5G services.

The project has evaluated the radio interface on both link level and system level, and further validated and demonstrated the air interface using two hardware-in-the-loop demonstrations. The consortium of 19 members has demonstrated the feasibility and practicality of its technical solutions, and helped build confidence in continued research and development of 5G mm-wave systems. ‘All in all, the consortium has delivered tools for the design optimisation of mm-waves solutions for 5G, designs and prototypes of architectural enablers for 5G systems, as well as strong contributions to 3GPP and ITU-R standards and regulation. As many as 11 patents were filed over the past two years,’ says Dr Wang.

‘What makes me real proud is that we managed to engage with a wide 5G community in research, regulation and standardization bodies, and really helped to close the knowledge gap in this crucial 5G area. We boosted technology readiness, and influenced on the exploitation of high frequency bands for next generation mobile multimedia systems. We see, for example, that several trials on 26-28 GHz have already started in Europe in early 2017. Samsung and Arqiva notably kicked off the first field trial of 5G Fixed Wireless Access (FWA) technology in the UK and Europe at 28 GHz mm-wave bands,’ she continues.

Now completed, mmMAGIC has considerably boosted the technology-readiness of industrial partners to provide new mm-wave products and services, as evidenced by the multiplication of relevant projects. Two project partners – IMDEA Networks Institute and Telefonica R&D – notably founded the 5G innovation lab 5TONIC, where mmMAGIC findings will be used as input for 5G wireless and mm-wave tests and experiments.

In parallel, partnering universities have already obtained funding under new projects: Aalto University will deploy mm-wave small-cells for a smart city; the University of Bristol will focus on the use of mm-wave technology from track-side to train and in vehicular communications; TU Dresden is developing a cognitive radio demonstration at mm-wave frequencies; and, last but not least, Chalmers University of Technology has started a five-year research centre on mm-wave technologies named ChaseOn.