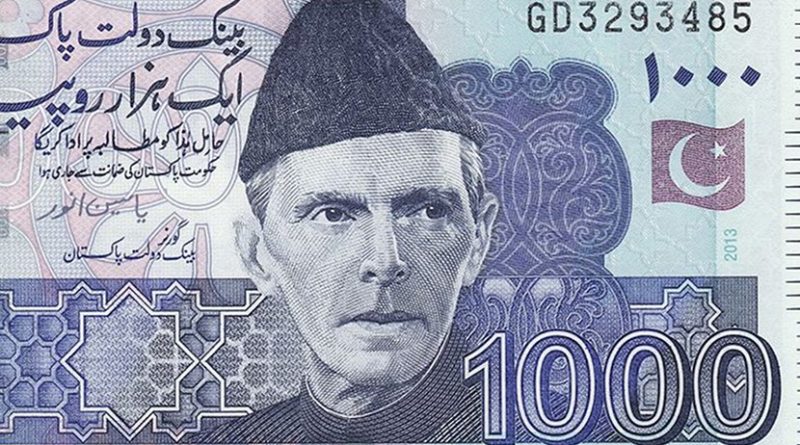 Pakistan’s capital market is likely to remain volatile and reactive to the news flows. Exchange rate parity will be the key driver, any bout of currency depreciation, either under the International Monetary Fund (IMF) program or otherwise, may result in market witnessing bearish spells. Finalizing an IMF program may be received well by the market at first, but stringent conditions placed by the Fund may hamper growth prospects of the country. It is feared that an IMF program would become a reality after achieving the harsh prerequisites proposed by the lender of last resort. On the contrary, failure to receive funding from IMF may inevitably create a significant pressure on country’s foreign exchange reserves.

With or without the IMF, rising interest rates, increasing price levels and deteriorating business sentiment may result in a significant stall in the economic growth of the country. With major industries having undergone expansions coupled with a high interest rate environment have pushed up operating breakeven for them. Therefore, any significant shifts in demand dynamics of the economy may have significant repercussions for the equity market.

Risks are mounting for yet another major adjustment in global growth patterns with seemingly all major world economies slowing down. This may be a blessing in disguise for Pakistan in terms of significant fall in commodity prices. However, the country’s already sticky exports might also take a hit. Any global sell-off may trigger panic selling at Pakistan Stock Exchange (PSX).

With dark clouds hanging over the global growth outlook, the flight of capital from risky asset classes to global safe havens will be pronounced. In Pakistan, the risks are magnified further as the economic growth will adjust downwards over the medium term and the stock market may be relegated to frontier market. Analysts expect another year of FIPI outflow and the magnitude will likely be or slightly lower as compared to that seen in FY18.
Worsening Current Account Deficit position of the country has shown some signs of improvement lately backed by 1) easing consumer demand and 2) softening commodity prices. However, the deficit is expected to remain high in FY19 and anticipated to exceed US$13 billion or 4.5% of GDP. In confluence with outstanding debt settlements that come due during the year may result in significant funding requirements.

A strong currency was cited as the possible reason for country’s depressed exports. However, the legitimacy of the argument can be challenged in light of multiple rounds of depreciation which have failed to boost exports and thus point towards deep-rooted structural inefficiencies that need to be addressed to trigger export growth. Exports can exceed US$26 billion in FY19, if right impetuses are provided.

Shrinking demand growth coupled with rising interest rates has curbed the expansionary cycle in the economy and as a result machinery imported has shown significant decline of 25%YoY during 4MFY19. This together with a likely decline in transport group (estimated at 17%YoY) and savings made from lower commodity prices will help contain overall imports to US$55 billion.

After seeing two years of muted growth, normal service seems to have resumed in the remittance growth which has showed 15%YoY growth during 4MFY19. With Pak rupee being allowed to adjust against US dollar and significant emphasis being put by the incumbent government for making the official channels of remitting money into the country more convenient, the growth in remittances is expected to sustain and workers’ remittances are expected to touch US$ 23 billion during FY19.

Rising global and local interest rates, imminent economic slowdown and volatile currency are all deterring inflow of foreign investment in the country. Consequently, FDI is expected to taper off and is likely to settle around US$2.5 billion (down 20%YoY) in FY19. The slowdown in foreign investment comes at a time when the country is grappling with the funding gap and will make balance of payment (BoP) position management even more challenging.

The country’s foreign debt servicing commitments during CY19 are estimated more than US$6 billion, which come on the top of an average monthly CAD of over US$1.1 billion. Repayments on these foreign loans are expected to bring the currency under significant stress and further currency depreciation cannot be ruled out. Managing the funding needs of US$12 billion, though formidable, may well be achieved. In this regard, friendly nations have expressed willingness to offer tangible support; funds have been received from Saudi Arabia and negotiations are ongoing with others. Many of these arrangements, though neutral from the standpoint of CAD, will support reserves level during CY19.

It is also feared that the low hanging fruits may not be available to the country in FY20 and country may continue witnessing pressure. Financing needs for FY20 are estimated around USD10 billion. Managing that in absence of grants may prove challenging. Consequently, country will need to address the bridge the difference between imports and exports. On the back of above mentioned reasons, it is anticipated that Pak rupee may remain under pressure.

Recently Fitch downgraded Pakistan’s long-term foreign currency issuer default rating to ‘B-’ from ‘B’ on the back of heightened external financing risk, elevated foreign debt repayments and as well as deteriorating fiscal position. Additionally, Moody’s has also downgraded country’s outlook from neutral to negative as a result of the aforementioned factors. This will have repercussions for Pakistan as the country struggles to raise capital to bridge funding gaps where the financing cost for raising capital from international market is expected to go up.

Pakistan’s economic growth faces significant slowdown in FY19, where headline GDP growth is likely to settle around 4% during FY19. All three sectors are likely to contribute to slower growth as consumer demand is expected to be hammered. Recovery process is expected to be long and painful and will be contingent on government addressing long standing inefficiencies in the economy.