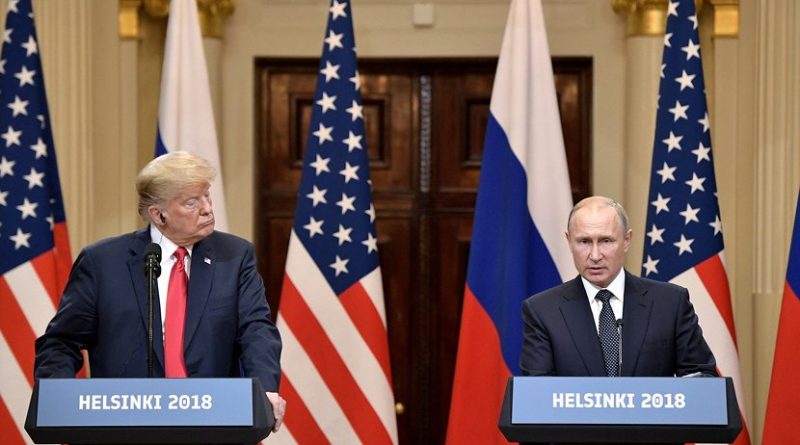 Putin made the offer in a New Year letter to U.S. President Donald Trump, details of which were disclosed by the Kremlin on December 30.

At the end of November, Trump abruptly canceled a planned meeting with Putin on the sidelines of a G20 summit in Argentina, citing tensions after Russian forces opened fire on Ukrainian Navy boats before seizing them and capturing 24 Ukrainian sailors.

In the letter, Putin stressed that U.S.-Russian relations “are the most important factor for providing strategic stability and international security,” according to a statement by the Kremlin quoted by Russian media on December 30.

“[Putin] confirmed that Russia is open for dialogue with the U.S.A. on the most wide-ranging agenda,” the statement said.

Russian Foreign Minister Sergei Lavrov was quoted as saying that it is now up to the United States to decide whether to hold a new meeting in 2019.

“The issue should be addressed to Washington. Both our president and his representatives have said that we are ready for the talks when Washington is ready for it,” the state-run TASS news agency quoted Lavrov as saying in televised remarks.

Putin also addressed a New Year’s letter to Syrian President Bashar al-Assad, who has been a recipient of Russian support throughout a seven-year civil war in the Middle Eastern country.

Putin “stressed that Russia will continue to provide all-around assistance to the government and people of Syria in their fight against terrorism and efforts to protect state sovereignty and territorial integrity.”