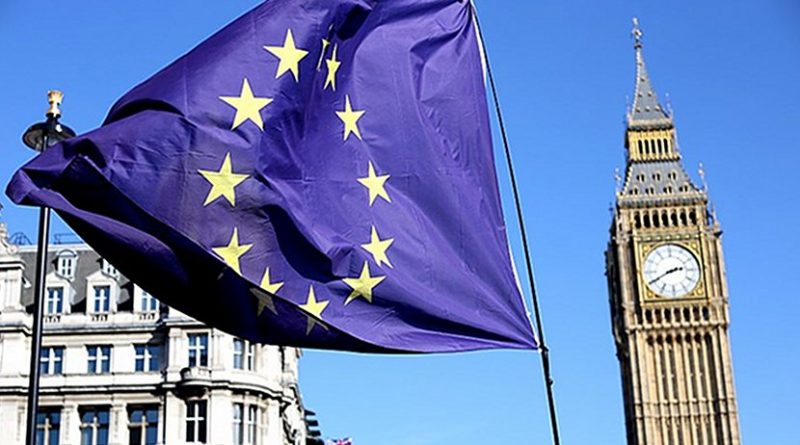 With scarcely a month left until the date Britain is scheduled to leave the European Union, the monetary czars at the top of the world’s central banks are increasingly coming to terms with the fact that a ‘hard’, no-deal Brexit now seems to be the most likely outcome. Given Parliament’s recent, overwhelming rejection of Theresa May’s long-negotiated Brexit deal, and the clock rapidly running down on any hope for renegotiation, it looks like the type of Brexit looming on the horizon will be verging on a central banker’s worst nightmare: an abrupt disruption to existing institutions, with all the economic uncertainty that entails, rather than the slow, politically-managed transition period May and others were hoping for.

As the formerly remote prospect of a no-deal Brexit draws ever closer, central banks around the world have begun laying out their plans to shield their respective economies from the turmoil many mainstream analysts are expecting. Little wonder that many of these contingency plans centre around the most important, and most dangerous, policy tool in the central banker’s arsenal: their ability to inflate the money supply and keep interest rates artificially low.

In the UK itself, monetary policymakers at the Bank of England have indicated that a no-deal Brexit could lead to a reversal of the Bank’s current gradual normalization of interest rates. After having dropped the important ‘Bank rate’ of interest to the historic low of 0.25% in the aftermath of the June 2016 Brexit referendum, the Bank of England has subsequently raised it again twice, to its current level of 0.75%, by far its highest since the official end of the Great Recession in 2009. However, Gertjan Vlieghe, a member of the Bank’s rate-setting monetary policy committee, recently announced that “in the case of a no-deal scenario I judge that an easing or an extended pause in monetary policy is more likely to be the appropriate policy response than a tightening”. Money markets seem to be even more unambiguous in their expectations, predicting no possibility of a rise in interest rates until at least May 2020.

The story coming out of the Federal Reserve has been much the same. Thanks to the relatively strong recovery in the US economy over the past two years, the Fed has been able to raise interest rates much more quickly than central banks in most other countries. After three rate hikes in 2017 and another four in 2018, the Fed Funds Rate now sits at 2.5%, up from the effective zero rate of 0.25% it maintained between 2008-2015. However, the confidence at the Fed which has allowed this welcome trend seems now to be quaking, due to a range of factors including both Brexit and the Chinese economic slowdown. Fed Chairman Jerome Powell recently made his strongest statement yet against continuing the process of interest rate normalization, arguing that “the case for raising rates has weakened”, and revealing that the Federal Open Market Committee had agreed to take a “patient” approach to future rate hikes. Although the Fed had previously indicated the likelihood of two more rate hikes in 2019, futures markets have reacted to Powell’s speech by predicting no further tightening, and even a slight chance of another fall in interest rates over the next year.

The European Central Bank has, predictably enough, reacted to the threat of a no-deal Brexit by calling for increased integration of EU capital markets and further “deepening” of the Economic and Monetary Union and the Single Market “beyond its financial dimension”. They have also called for their “macroprudential toolkit to be expanded to address potential risks around … liquidity”, i.e. for greater powers to create new money and inject it into the financial system. Consequently, markets have slashed back their previous bets on an upcoming ECB rates hike, and there has even been speculation that the ECB might start a new round of stimulus spending via cheap bank loans. Japan has also recently signalled that it may begin injecting more stimulus, while Australia and Sweden have indicated that they might rethink their previous plans to raise rates in the coming months.

Having lived through the past decade of artificially low interest rates and monetary expansion by central banks, it hardly comes as a surprise that those same policies should be resorted to in response to the prospect of a no-deal Brexit. Indeed, it would be easy to simply shrug ones shoulders and attribute these announcements to nothing more than the fact that, as the famous Mark Twain quote goes, when all you have is a hammer, everything begins to look like a nail.

However, as reflexive and blindly pragmatic as these policy responses may sometimes seem, it is important to remember that they are built on their own intellectual foundation in mainstream economic theory, and therefore cannot be effectively tackled other than on that same level of ideas.

The problem with central banks’ repeated recourse to easy monetary policy is not, fundamentally, that it’s the same solution they always seem to point to in times of crisis. The problem with that policy is that it systematically underestimates and overlooks the damages which result from the financial system’s inflation of the money supply through the creation of fiduciary media, usually enabled and coordinated by central banks. This sort of artificial inflation of the money supply not only diminishes the purchasing power of the currency over time, it also results in a redistribution of purchasing power from ordinary citizens to those close to the financial system and the state. Perhaps most importantly, central banks’ insistence on maintaining artificially low interest rates has been shown, by the Austrian Business Cycle Theory of Ludwig von Mises, to be the key cause of cyclical economic crises.

Only through widespread education in these ideas of sound, Austrian economics, will it be possible to shift the monetary orthodoxy away from its present preference for artificially low interest rates, and perhaps eventually disrupt the current, seemingly perpetual cycle of crises and inflationism.

*About the author: George Pickering is a 2018 Mises Institute Research Fellow and a student of economic history at the London School of Economics.