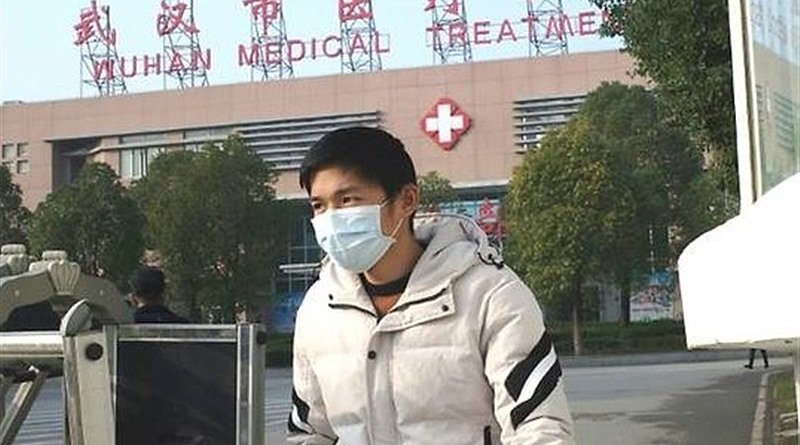 China’s control measures during the first 50 days of the COVID-19 epidemic may have delayed the spread of the virus to cities outside of Wuhan by several days and, by interrupting transmission nationwide, prevented more than 700,000 infections across the country, according to an international team of researchers. The findings, published in the journal Science, could be useful to countries that are still in early phases of the COVID-19 outbreak.

“The number of confirmed cases in China by day 50 (February 19) of the epidemic, was around 30,000,” said Christopher Dye, visiting professor of zoology and visiting fellow at the Oxford Martin School, University of Oxford. “Our analysis suggests that without the Wuhan travel ban and the national emergency response there would have been more than 700,000 confirmed COVID-19 cases outside of Wuhan by that date. China’s control measures appear to have worked by successfully breaking the chain of transmission — preventing contact between infectious and susceptible people.”

The researchers used a unique combination of case reports, human movement data and public health intervention information to investigate the spread and control of COVID-19. They examined the movements of 4.3 million people out of Wuhan before the travel ban, the types and timing of control measures implemented across the cities of China and the numbers of COVID-19 cases reported each day in every city.

“One fascinating aspect of our work is that it shows the power of novel data streams such as cell phone mobility data,” said Ottar Bjornstad, distinguished professor of entomology and biology, Penn State. “Since the time period we studied included the Spring Festival holiday and Chinese Lunar New Year, we were able to compare patterns of travel into and out of Wuhan during the outbreak with cell phone data from two previous spring festivals. The analysis revealed an extraordinary reduction in movement following the travel ban of January 23, 2020. Based on this data, we could also calculate the likely reduction in Wuhan-associated cases in other cities across China.”

These cities banned public gatherings, closed entertainment venues and suspended public transport, among other actions. As a result, they reported 33% fewer confirmed cases during the first week of their outbreaks than cities that did not implement a Level 1 Response.

While the control measures taken thus far have reduced the number of COVID-19 infections to very low levels, China, is by no means out of the woods.

“Given the small fraction of the Chinese population that has been infected, a much larger number of people remains at risk of COVID-19,” said Tian. “We are acutely aware that resident or imported infections could lead to a resurgence of transmission.”

Bjornstad noted that SARS-CoV-2 may establish as a human endemic globally in the years to come.

“It is critical to keep in mind that this virgin epidemic likely will affect people of different ages and susceptibilities, and therefore have different fatality levels, than possible subsequent seasonal epidemics,” he said.