Public private partnerships (PPPs), in which the state joins hands with the private sector, have experienced a boom in Asia and the Pacific in the past decade but governments need to continue reforms and address capacity gaps for the design and implementation of effective projects, says a new study commissioned by the Asian Development Bank (ADB).

The 2011 Infrascope, conducted by the Economist Intelligence Unit, uses a benchmark index system to rank the readiness and capacity of a country to carry out sustainable, long term PPP projects. 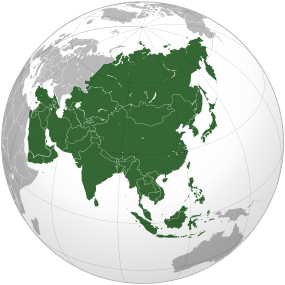 “In order to leverage the $8 trillion required over the next decade for physical infrastructure in Asia, public financiers like ADB must undergo a complete change of mindset and shift their focus from sovereign projects to PPPs,” said Woochong Um, Deputy Director General of ADB’s Regional and Sustainable Development Department. “Studies such as this one will help our developing member countries address the areas of PPPs that need to be strengthened.”

The assessment, carried out on 11 developing economies in the region, along with four benchmark countries, and one state, Gujarat in India, shows an increasingly open environment for PPPs, though with individual countries at different stages of readiness.

“It is the capacity of the public sector to be able to react systematically to the complexities associated with PPP projects that will ensure long term success,” says the study.

Australia, the region’s most developed economy and a world leader in PPP practice, tops the 2011 index, scoring 92.3 points out of 100, owing to strong regulatory, institutional and investment conditions. Meanwhile, the country’s state-level success with high-profile initiatives such as Partnerships Victoria bolstered its sub-national adjustment score.

The study explains that the second-ranked country, the UK, demonstrated similar strengths, along with strong institutional capacity and sound implementation practices, scoring a total of 89.7 points. This solid performance is unsurprising, given the UK’s Private Finance Initiatives (PFIs).

Both Australia and the UK are classified as “mature” PPP markets, with substantial levels of PPP activity under their belts and sophisticated frameworks and capacity in place for planning and implementing complex projects.

South Korea, India, and Japan are the top-performing Asia- Pacific countries in 2011 Infrascope, with scores of 71.3, 64.8, and 63.7, respectively. They sit more comfortably with the cluster of countries in the 2010 Infrascope for Latin America and the Caribbean that could be classified as “developed” – all boasting a decent institutional and regulatory framework, but lacking the sophistication of the “mature” markets of Australia and the UK in addressing some of the more nuanced challenges brought about by PPPs.

South Korea (71.3) takes third place on the index by virtue of its solid regulatory and institutional framework, and robust financial facilities for infrastructure funding.

As a sub-national entity operating under India’s regulatory and institutional central framework, Gujarat’s state-level PPP regulations and its strong investment environment drive an overall score of 67.6, putting it in fourth place.

Japan and India achieve overall scores which are very close – perhaps surprising initially, given the former’s deep and sophisticated financing facilities and the latter’s reputation for bureaucratic and regulatory hold-ups. Japan (63.7) has decent fundamentals for a strong PPP market, but has yet to fully embrace the PPP concept in practice. However, Japan is currently reforming its PPP laws; should it begin to deliver on larger-scale projects its index performance could improve significantly in coming years.

PPP development in India (64.8) has been driven by strong political will and advances in public capacity and processes. However, lingering problems with the cohesiveness of regulations and the consistency of interactions between central government and the states are systemic, and will only be addressed over time.

An intense period of infrastructural development over the past decade placed China, scoring an overall 49.8 points, at the top of the pack in terms of operational maturity – a category of the index that examines a country’s experience with past projects.

According to the World Bank Private Participation in Infrastructure Advisory Facility (PPIAF) database, a staggering 614 projects in electricity, water and transport infrastructure reached financial closure in 2000-09 in China, in spite of an underdeveloped institutional framework and regulatory environment. The will and capacity to execute such projects at the sub-national level is strong, particularly in key cities and provinces such as Beijing, Shanghai and Zhejiang.

Other “emerging” PPP countries have experienced mixed success in the development and execution of projects, and have recently taken concerted action to improve aspects of the operating environment or to boost institutional capacity.

Pakistan, Bangladesh and Kazakhstan have undergone significant regulatory reform, with the ratification of new PPP acts, while at the same time developing institutional frameworks from the ground up. More experienced countries, such as Thailand, Indonesia and the Philippines, have updated, or are in the process of updating, regulations and have restructured existing institutional frameworks in the hope of improving the processes around PPP selection and oversight, and to develop specialist capacity in the public sector.

Vietnam, Mongolia and Papua New Guinea occupy the lower end of the index, with scores below 30 out of a possible 100. This is in part a function of limited country experience with PPPs – Vietnam has only recently developed pilot legislation allowing PPPs between private- and public-sector entities, although the country has had some experience in engaging private-sector parties in the development of power facilities.

Meanwhile, Mongolia and Papua New Guinea registered no PPP projects that reached financial closure in 2000-09 according to the World Bank PPIAF database. Regulatory frameworks and institutional arrangements are not yet robust, although decent levels of political will towards deploying PPPs as a means of boosting much-needed infrastructure investment in the three countries are notable.

In Asia-Pacific, there are no countries resisting the incorporation of private investment in infrastructure, with generally positive attitudes towards the concept of private-sector participation in infrastructural development. This is in contrast to Latin America and the Caribbean, which saw the three countries at the bottom end of the 2010 LAC Infrascope index (Venezuela, Nicaragua and Ecuador) actively dismantle the institutional capacity needed to execute and oversee projects.