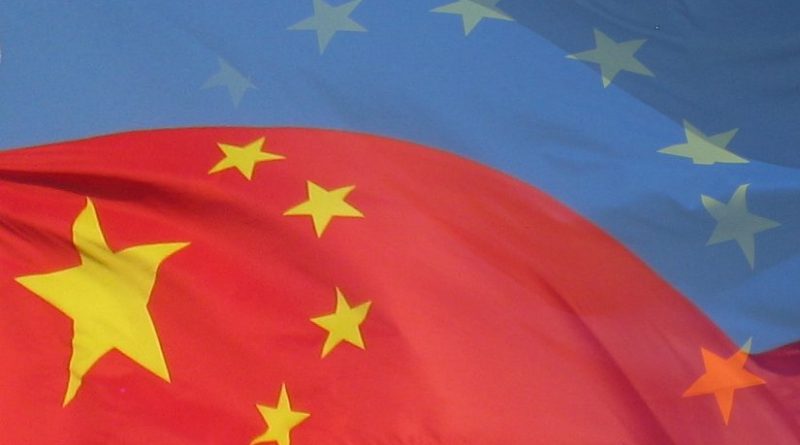 (EurActiv) — The European Union and China will this Friday exact their revenge on US President Donald Trump after he decided to pull out of the Paris Agreement on climate change.

The EU-China joint summit will see the unveiling of the first ever joint climate and clean energy statement backed by leaders.

The unprecedented announcement, exclusively obtained by EURACTIV.com, drips with veiled condemnation of the climate-sceptic Trump.

It is the result of eight months of secret talks and three rounds of ministerial-level negotiations, led for the EU by Climate Commissioner Miguel Arias Cañete. It has been backed by the EU member states.

The meetings began in November last year, the very month that Trump was elected.

The statement was planned to heap pressure on the US to stay in the deal, which cuts emissions and caps global temperatures, but will now act as a rebuke to Trump.

Beijing and Brussels will make “the highest political commitment” to the Paris Agreement and “call on all parties to uphold it” in an alliance that will isolate the US.

The EU and China will promise to work together on global strategies for climate, including cooperating on legislation and regulation.

They will vow to increase the ambition of the landmark deal in a stern riposte to Trump’s efforts to weaken it. “[We] are determined to forge ahead with further policies and measures,” the statement will say.

Climate change and the shift to clean energy is “an imperative more important now than ever”, and a threat to national security and a contributing factor to instability and the displacement of people, according to the document.

The statement yokes together climate change and free trade – two of Trump’s biggest bugbears – in what is, despite the diplomatic language, a clear criticism of his policies.

It calls for more free trade to allow the full development of the low greenhouse gas emission economy.

That a major concession from the EU, which has anti-dumping measures on Chinese solar panels.

Friday’s announcement will be a powerful show of strength. A signal that that the Paris Agreement will continue, with or without the US, and possibly without the money it promised to developing nations for climate action.

It will see China and the EU claim the mantle of global climate leaders and garner the two partners much geopolitical capital. The US will lose face as well as green investment and jobs.

Under Barack Obama, the US and China ratified the agreement together. The commitment by the world’s two largest polluters sparked a wave of support from among the 195 countries signed up to the deal.

Trump kept his international allies guessing over his plans for the Paris Agreement at the recent G7 meeting of wealthy nations.

We have reported how his climate negotiators, in the absence of any instruction over the last 130 days of his presidency, were continuing to use Obama’s guidelines in talks.

White House officials today briefed US news outlets that there may be caveats in the US withdrawal.

But the decision to pull out of Paris, if confirmed by an official announcement from Trump, is already being rightly condemned as a breathtaking act of irresponsible, global vandalism.

Trump set the internet alight twice today, when the Paris rumours broke and earlier, when he cryptically tweeted the word ‘covfefe’. Linguists scrambled to decipher it but maybe it was just a smokescreen to distract us from the real news.

TTIP might be back from the grave, after US trade chief Wilbur Ross said he is “open” to unfreezing talks. The Western Balkans are China’s preferred trade access point to the EU but Brussels fears rules will be broken.

EU anti-fraud office OLAF has 47 cases open against EU staff, most of which work for the Parliament. Details include fraudulent use of pay for MEP assistants, non-existent ‘ghost’ offices and brown envelopes full of bribes being exchanged in public parks.

The Commission presented its long-awaited reflection paper on the deepening of the Economic and Monetary Union.

Austria’s Socialists could be about to break a three-decade-long self-imposed ban on forming coalitions with the far-right. Italy’s central bank warned that leaving the eurozone would not solve the country’s economic woes. Spanish PM Mariano Rajoy will have to appear in court to testify in a corruption case.

The EU institutions sat down today to start hashing out the bloc’s food waste policy for the next 14 years. A leading toxicologist has denounced the poor quality of the Commission’s glyphosate research. Czech bars and restaurants went smoke-free last night under strict new legislation.

A new poll shows the UK Conservatives will be 16 seats short of an overall majority in next week’s general election. Theresa May insisted she won’t appear tonight in an election debate because she is concentrating on the Brexit negotiations. Which don’t start until mid-June.

If you walk past the Manneken Pis tomorrow morning, expect a surprise. The symbol of Brussels will be relieving himself of milk rather than water, as an NGO looks to highlight its importance in fighting poverty in Africa.

Sam Morgan contributed to this Brief.