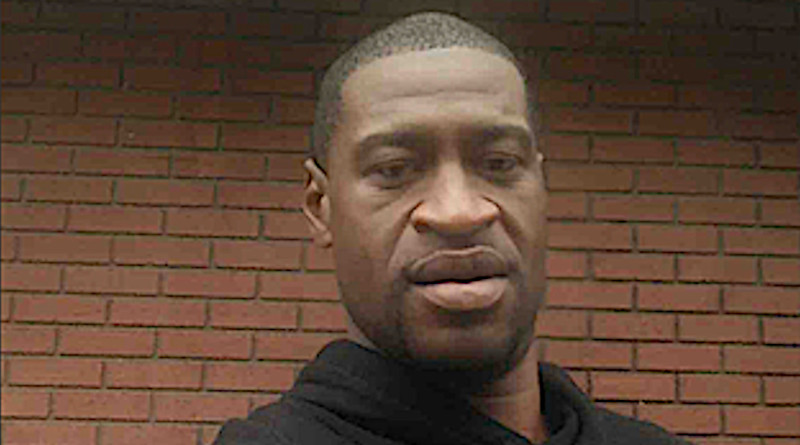 The murder of George Floyd illustrates yet again the endemic problem of American racism. Police violence is a leading cause of death for young men in the US. About one in every 1,000 black American men can expect to be killed by police — a high and ugly number. Floyd’s murder last week has highlighted, for many on the streets, the hypocrisy of American life and the “American Dream.”

Tens of thousands of black men and women have been shot by US police over the years. In August 2014, the shooting of Michael Brown by a white police officer in Ferguson, Missouri, resulted in demonstrations and ultimately the rapid growth of the Black Lives Matter movement, which is aimed at fighting for racial justice.

The fear factor that American black families live with in terms of how children deal with white police officers has developed a psychologically damaging permanence. The protests following Brown’s death took place amid long-simmering racial tensions. Over the following days, the protests quickly spiraled, with tear gas and rubber bullets used to disperse protesters. Rumors arose of gunshots being fired from the crowd, so heavily armored vehicles were brought in and a state of emergency was declared.

The unrest drew national and international attention and helped build the Black Lives Matter movement. Unfortunately, racism is so engrained in America that it is likely to take the Floyd murder to get any real “revolutionary” moment in addressing this human tragedy.

Race continues to influence how people of African descent are treated by law enforcement in the US. Racism has been a systemic feature of American society and many of its institutions throughout the country’s history. The role implicit and overt biases have historically played in creating disparate law enforcement practices and the resulting friction between African-Americans and the police is a reality that should be immediately addressed.

Police brutality against black people is a constant in modern-day America. Thankfully, mobile phones with cameras and video capabilities now permit witnesses to police-citizen confrontations to capture and quickly disseminate incidents via social media. This organic effort has prompted major media outlets to broadcast questionable police actions and behavior that otherwise might have gone unreported. But, at the same time, fringe elements of the racial divide, such as so-called “Incels,” are seeking to gain an advantage through information warfare and false flag operations. The divide is wide across America’s broken society and getting wider across cities, between neighbors, and among friends of various geographic origins.

African-Americans across the nation are aware of and concerned about the ongoing use of race-based profiling of this segment of the population by members of some police departments. Cooperation with the police is predicated in large part in minority communities on how they perceive the fairness of their treatment by the police, according to current police union thinking. Of course, the disparate treatment of minorities is counterproductive to the provision of efficient and effective public safety services.

US police officers’ personal prejudices or partiality that interfere with their professional judgment is counter to police departmental policy and training and has no legal place in law enforcement. But police officers are products of where they grow up, who their friends are, and so on. Their training academies are important incubators. Throughout the nation, police departments have their patriarchal networks that are hard to break.

The return of major public unrest over deaths of African-Americans in police custody comes ahead of November’s contentious presidential election and in the midst of the coronavirus disease (COVID-19) pandemic, which has killed more than 100,000 people in the US, many from inner-city environments. People are stunned, shocked, saddened and angry, leading to a wider disconnect at a time of great American division. The civil unrest is occurring as unemployment and the economic depression are poised to hit in full in the coming months. The unlocking process from mandatory isolation is being lifted, which may only add to the uncertainty. The spread of COVID-19 among protesters is a serious concern and, given the violent confrontations, the spread of the pathogen is guaranteed. While fighting for the rights of the oppressed, the oppressed themselves are infecting their brethren. It will likely have a damaging effect on the country’s collective psyche.

Thus, the US requires a careful evaluation by the appropriate officials, scientists and scholars if the nation is to diminish the likelihood of widespread civil disturbances in the future. Society sometimes has an opportunity to choose between two options: The one that is morally right and the one that is bad and evil. This violent and divided time in America is all about soul and awareness of the inequalities that are around us daily. Logic and emotion need to be balanced in the coming days and weeks as the same communities that are protesting are likely to be racked by COVID-19. State governments need to be ready if they can possibly focus on such issues.