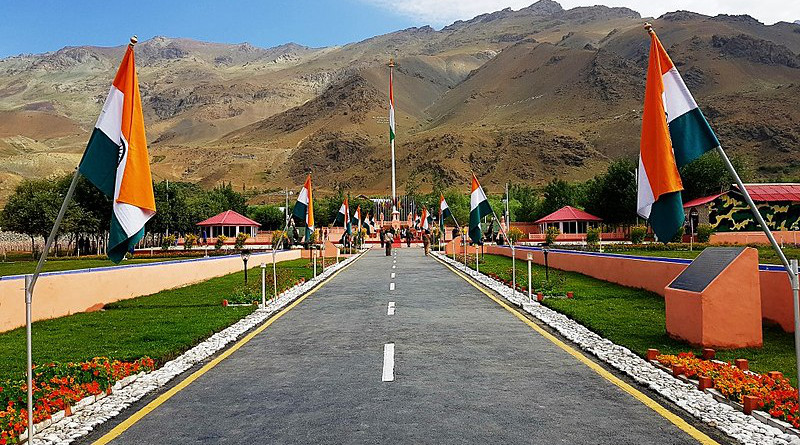 On May 11, 2020, Ms Ghazala Wahab wrote an article titled ‘As They Mourn Those Killed in Action, Veterans Must Also Ask the Govt Some Basic Questions’ (https://thewire.in/security-security/as-they-mourn-those-killed-in-action-veterans-must-also-ask-the-govt-some-basic-questions) in ‘The Wire’. Her well intentioned aim seemed to tell veterans officers of the armed forces about how they must go beyond the narrow confines of self-interests and do something “for the good for their own service.” What follows is the reply of a veteran to the same.

By prefacing her article with mention of the twin incidents of high casualties suffered by security forces in Handwara (J&K), the author has forcefully driven home her point that’s ‘all’s not well’ as far as the employment of security forces in K&K is concerned. However, while putting across her point of view, she has unfortunately allowed an element of subjectivity to creep in that takes the punch out of her argument. An example- while referring to an exchange of fire between CRPF jawans and terrorists, she writes, “… Two days later, three Central Reserve Police Force (CRPF) personnel came under fire in the same district. Two died on the spot and one on the way to the hospital. The terrorists escaped. Subsequently, the dead body of a mentally unstable adolescent was found a little distance away. Apparently, he was killed in retaliatory fire, in a case of mistaken identity.”

Whereas Ms Wahab has given undoubtedly given an accurate account of the incident, the same has unfortunately been laced it with unproven innuendos, which coming from the executive editor of an acclaimed national security magazine, is to say the least- unsupportable, because her unfounded insinuations are indeed very serious.

By specifically stating that the unfortunate victim “was killed in retaliatory fire” she has given the terrorists a ‘clean chit’ and indicted the CRPF jawans for his death since they were the ones who did the ‘retaliatory’ firing. In the absence of any witnesses, when it’s humanly impossible to specifically mention the exact stage during this incident when the civilian was killed, wouldn’t it have been more appropriate to mention that this fatality occurred during ‘exchange of fire’ between CRPF and terrorists?

It could be argued that by prefixing the sentence explaining the circumstances under which the civilian was killed with the word ‘apparently’, the author had used it as a synonym of ‘seemingly’. While this may well be true, but as we all know that besides ‘seemingly’, the word ‘apparently’ is also commonly used as a substitute for ‘actually’. So even if this was the case, but by adding the phrase ‘retaliatory fire’ leaves no doubt that the accusation was directed solely at the CRPF men since they were the only ones who were involved in what she has termed as ‘retaliatory’ firing after they opened fire in ‘self-defence’ after they were ambushed by terrorists!

Next comes her mentioning that this death was, “Apparently… a case of mistaken identity,” and here one can readily agree that the author is not being specific. But, when the issue of ‘retaliatory fire’ that caused the death is correlated with ‘a case of mistaken identity,’ then the end result is an explicit indictment of CRPF personnel. This is because in simple language it means, ‘terrorists shot at CRPF jawans – they retaliated, but mistook “a mentally unstable adolescent” to be a terrorist and shot him dead’. For trained CRPF jawans to mistake a mentally unstable person to be a terrorist is unpardonable and so, doesn’t reading her rendition of this incident leave you convinced that CRPF personnel had committed the ghastly crime gunning down an innocent “mentally unstable adolescent”?

Couldn’t this suggestive interpretation of events prod the hypersensitive amongst us to even go to the extent of cursing the three dead CRPF personnel by saying, ‘serves them right’!

The author who wants veterans to ask questions “about the unusually high price that the Indian military is being forced to pay for maintaining a semblance of control (in J&K)” also accuses them of being an ungrateful lot.

She mentions their having collectively campaigned for being addressed as ‘veterans’ on two issues- one, it is “a more respectful way of referring to someone who dedicated his youth to the nation,” and two, that “a majority retire while in the prime of their productive lives and hence, can still make a meaningful contribution to the nation.” So, she feels that since their demand has been acceded to, the veterans in return must honor their part of the deal by walking their talk on their ability to make a “meaningful contribution to the nation.” While her expectation is certainly a fair one, but unfortunately her proposal on how to do so, isn’t!

The author wants “those (veterans) who are able to, must write,” but “on subjects other than history and media management” as she feels that “the media can manage itself, thank you” and even this suggestion is acceptable, albeit with a (rather large) pinch of salt. However, having concluded that veterans by and large lack writing skills, Ms Wahab suggests they should form a lobby “which can keep the government of the day on its toes” and opines that “If they (veterans) can come together for their personal interests like One Rank, One Pay, Disability Pension etc., what stops them from coming together for the good of their own service?”

Again, though this is a fair argument, but her conclusion that veterans would be working “for the good of their own service,” if they keep “the government of the day on its toes” is regrettably, outrageous. What Ms Wahab expects is that “… at least the veterans can raise their collective voices and ask for how long young lives will have to be sacrificed for government’s lack of policy. What holds the veterans back from saying that the time for rhetoric is over; that we need to have an end-state in Kashmir; that it is not enough for the prime minister to avenge a few deaths by dramatic ‘surgical strikes’; that the macabre dance of death must stop; that raising the issue of cross-border terrorism at every international forum has yielded nothing and that we need a different approach.”

But will veterans oblige?

The answer is a big ‘No’ and the reason is simple. The veterans may not be prolific writers or even astounding orators, but having been through a lot, they are certainly extremely discerning observers. From their experience and knowledge (of history and selectivity of media-subjects that Ms Wahab doesn’t want them to write on), they know that the view of our defence policy currently being in shambles (as some prophets of doom would like to have us believe) is not a new development at all. Au contraire, it’s merely an ongoing legacy that started in 1947, when the then government sought UNSC intervention rather than permitting our army to wrest back control of J&K territory illegally occupied by Pakistan.

It’s the same legacy that made Government of India (GoI) starve the armed forces of much needed funds for modernisation on the grounds that it was wasteful and an unnecessary expenditure, due to which the poorly armed and ill equipped India army was pitted against the qualitatively and quantitively far superior Peoples Liberation Army of China in 1962.

It was this same emasculated government mindset that made India return captured territory to Pakistan after the 1965 war followed by repatriation of 93,000 Pakistani prisoners of war (PoW) after the 1971 conflict without compelling Islamabad to give up its illegal claim over J&K!

Veterans haven’t ever collectively raised questions on these issues because they have always believed in the government and being a disciplined lot, abhor the idea of being used as pawns by politicians. Furthermore, ask any veteran and he will tell you of the old days when Pakistanis on LoC used to jeer at our apologetic retaliation policy by shouting that while they had permission to open fire in their pockets, ours would have to come all the way from Delhi! So, when for the first time veterans are seeing the government permitting meaningful proactive and retributory military actions across LoC, why should they complain-and that too on happenings in J&K, where it was the GoI decision to take Pakistan’s unprovoked military action in 1947 to UNSC that unfortunately gave Pakistan quasi-legitimacy on the issue of Kashmir.

Lastly, there’s also a requirement to put the record straight. If retired army officers have rallied for being addressed as veterans, they have done so not only for themselves, but for future generations of service personnel as well, and same is the case with the ‘one rank one pension’ campaign, which is an old but unfulfilled commitment made by the government.

So, while a section of intelligentsia, activists and scribes may publicly shed copious tears on what they perceive to be the sorry state of defence affairs in India today, veterans, by and large don’t’ subscribe to this apocalyptic scenario. And there are two reasons for this- one, they have full faith in the professional competence and consummate dedication of their brothers in arms presently at both the helm of affairs as well the as rank and file.

Tailpiece: When Ms Wahab has been so forthright in opining that the fourth estate doesn’t need any suggestions on media management as “the media can manage itself, thank you,” then would it be impolite for a veteran to remind media that “The armed forces too can manage itself, so thank you”?

Home » Media Pontification: Indian Army Veterans Should Work ‘For The Good Of Their Own Service’ – OpEd

2 thoughts on “Media Pontification: Indian Army Veterans Should Work ‘For The Good Of Their Own Service’ – OpEd”