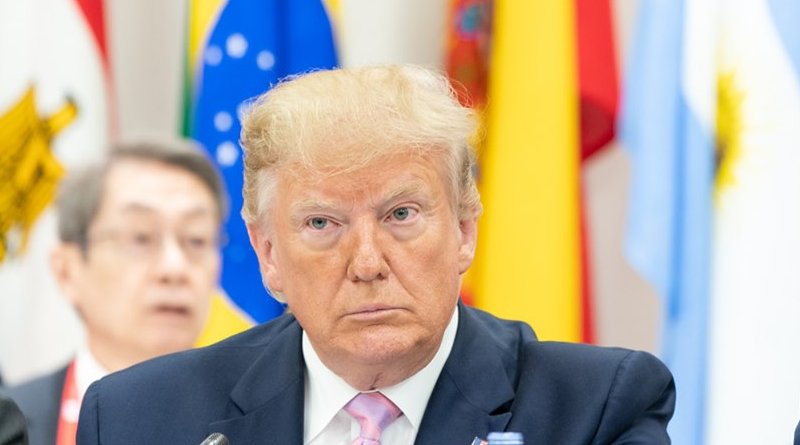 US President Donald Trump and his deputy Mike Pence had both intended to be in Europe this week in a rare double header, underlining that while this administration is deeply skeptical about EU supranationalism and Brussels, it recognizes US interests in the continent, both east and west.

Until Hurricane Dorian intervened, Trump had planned to be in Poland for the 80th anniversary of the Nazi invasion that began the Second World War.  Pence will now take his place, and also travels to the UK and Ireland. Top of the agenda in Britain will be reassuring London of post-Brexit trade ties with Washington, and in Ireland (where the vice president’s grandfather was born) stressing US commitment to the Irish peace process two decades after the Good Friday agreement.

While Trump and Pence both value US ties with most European countries, the president in particular is deeply skeptical of the EU as an institution. While he has concerns with low levels of defense spending, the economic front and Europe’s large goods surplus with the US is the main source of his frustration. Washington may impose new tariffs this year on European car imports.

The president’s disdain for the EU goes significantly beyond that of any his predecessors. Last year he declared: “I think the EU is a foe, what they do to us in trade.” While some dismissed this remark as just another spur-of-the-moment presidential outburst, Anthony Gardner, US Ambassador to the EU under Barack Obama, has warned Europe to wake-up: “The US wants to break up the EU,” he said.

The contrast could not be starker between Trump, with his calls for more “Brexits” from the EU, and US policy at the start of the European integration process. Embodied in John F. Kennedy’s 1962 Atlantic Partnership speech, the core US view then was that a united Europe would make wars in the continent less likely; create a stronger partner for the US in meeting the challenges posed by the Soviet Union; and offer a more vibrant market for building transatlantic prosperity.


US attitudes gradually became more ambivalent as integration deepened, particularly in recent Republican administrations. In the economic arena, for instance, the drive toward the European single market led to concerns that this could evolve into a “Fortress Europe.”  Similarly, European monetary union prompted worries about the dilution of US primacy in the financial sector and macroeconomic policy. Moreover, in competition policy, the increasing assertiveness of the European Commission has periodically raised US concerns about EU overreach.

Before Trump, the George W. Bush administration came closest to questioning the value of European integration. Amid the controversy over the Iraq war, Washington queried the benefits of EU collaboration in security and defense.  On the eve of the NATO defense review in 2003, US Defense Secretary Donald Rumsfeld even drew a distinction between “old” and “new” Europe, with the latter perceived as more favorable to US interests.

However, while the Bush team eventually recognized the need to draw back from this approach, Trump may not be willing to do the same, and has indeed raised the rhetoric several notches. In so doing, part of his approach is an attempt to prise apart Germany and France, the traditional two motors of EU integration.

Trump’s relationship with Angela Merkel appears exceptionally poor and US-German relations are among those in Europe that have gone into the deep freeze since 2017. It is not just the dissonant mood music between the two leaders, but also the president’s denunciation of Germany because of its significant trade surplus with the US, and low defense spending.

Trump has warmer relations with Emmanuel Macron, as shown at the G7 summit. Trump advised Macron last year that France would be better to quit the EU and obtain a better trade deal with Washington than the US is willing to offer the EU. This remarkable suggestion has no chance of succeeding, and underlines Trump’s poor reading of European politics.

While the White House’s attempt to split Germany and France will not succeed, it underlines how US ambivalence about European integration has reached its apotheosis under Trump. While he clearly values relations with some European countries, he is the first US president who appears to want to not just weaken, but also splinter, the European alliance.