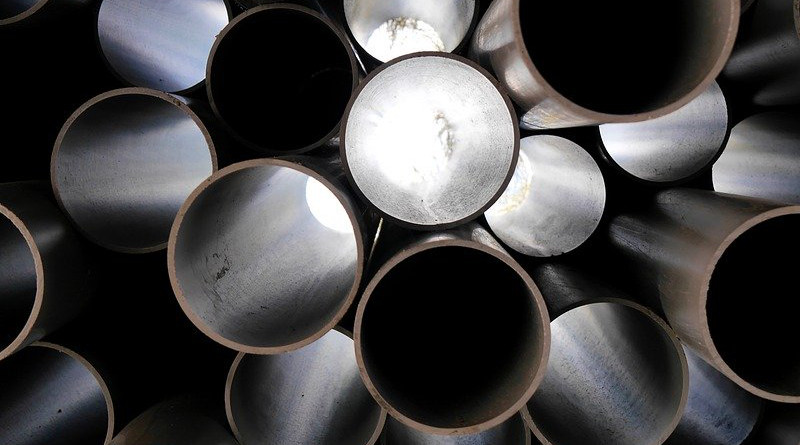 The New York Times has published an article suggesting that plastic waste is, or should be, a high-priority for poor African nations, and that the best way to deal with it is by not having plastic at all.

In fact, poor nations in Africa need to use more, not less plastic, since doing so will improve people’s lives, just as plastic has improved people’s lives in developed nations for over a half-century.

It’s true there are few things more demoralizing for a first-world conservationist like myself than hiking to a place of great natural beauty only to discover plastic waste.

But for people who live in those places of great natural beauty, there are many things more demoralizing than plastic waste. Chief among them are the unmanaged impacts of human waste, which causes a half million deaths from diarrhea annually, and is thus a far higher priority waste issue than plastic waste.

Half of all people in sub-Saharan Africa, about a half billion people, still lack access to proper sanitation, resulting in millions of premature deaths a year. It would be a tragedy if first-world anxieties over plastic waste diverted human and financial resources from dealing with that problem to trying to deal with problems like plastic waste.

Plastic waste does harm some species, and we should seek to reduce it, but the best way to do that is by helping poor nations gain access to waste collection and management, not by depriving them a fundamental technology for prosperity and development.

Bioplastics are not the answer. A study of the life cycle of bioplastics made from sugar found higher negative respiratory health impacts, smog, acidification, carcinogens, and ozone depletion than from fossil plastics.

And switching from fossil plastics to bioplastics would require expanding farmland in the United States by 5 to 15 percent, which would reduce the amount of land available for conservation.

In truth, plastics made from fossil fuels already biodegrade.

Between 2007 and 2013, a team of nine scientists took twenty-four separate expeditions around the world to measure plastic waste and were  shocked by what they discovered. “The global weight of plastic pollution on the sea surface,” they wrote, “from all size classes combined, is only 0.1 percent of the world annual production.”

Then, last year, a separate team of scientists from Woods Hole Oceanographic Institution in Massachusetts and Massachusetts Institute of Technology (MIT) announced it had discovered that sunlight breaks down Styrofoam (polystyrene) in ocean water over a period as short as decades.

Why? The answer is in part because as large plastics get broken down into smaller and smaller particles, they start biodegrading ever more rapidly.

Perhaps the findings were less surprising than they should have been. After all, the expression, “The solution to pollution is dilution,” dates back decades.

For example, for thousands of years, humans around the world made exquisite jewelry and other luxury items from the shells of hawksbill sea turtles. Craftsmen heated the turtles over a fire, sometimes alive, so they could peel the misnamed “tortoise-shell” away from their skeletons.

Scientists estimate that since 1844, humans killed nine million hawksbill turtles, or about sixty thousand each year. Fossil-based plastics replaced plastics made from sea turtles, allowing for their populations to rebound.

The same thing happened with the ivory tusks of elephants, which Americans prized for their beauty and plasticity in making combs, piano keys, and billiard balls, and with whales, whose baleen was used to make corsets and fishing rods, before the emergency of plastics made from fossil fuels.

The biggest factor in determining whether waste ends up in the ocean or not isn’t how much plastic we use but whether we have a strong waste collection and management system.

But shouldn’t we still try to recycle the plastic waste? We shouldn’t.

The New York Times itself notes, “In 2019, American exporters shipped more than 1 billion pounds of plastic waste to 96 countries including Kenya, ostensibly to be recycled, according to trade statistics. But much of the waste, often containing the hardest-to-recycle plastics, instead ends up in rivers and oceans.”

But the journalists failed to follow through on the logic, which is that we should be burying our plastic waste in landfills, or incinerating it, since trying to recycle it is what results in it being sent to Africa.

Ultimately, it’s just cheaper for plastic makers to simply produce new plastic resin from petroleum, and recycling equipment and collection practices come at a massive premium over refuse collection — up to fourteen times the cost per ton.

Using plastics made from fossil fuels has saved both human lives and endangered species, and is best disposed of in landfills and incinerators, not recycled in a misguided bid to be green.

The coronavirus pandemic has recently reminded many in the rich world of the importance of single-use plastics as we saw our front-line health care workers swathe themselves in plastic-based protective gear and work with plastic-based equipment.

As such, writers for rich-world newspapers like The New York Times need a broader perspective of the development priorities of poor nations, and greater self-reflection in terms of how we in the rich world live our lives. Once they have that, they’ll see it’s wrong to deny plastic to poor nations.