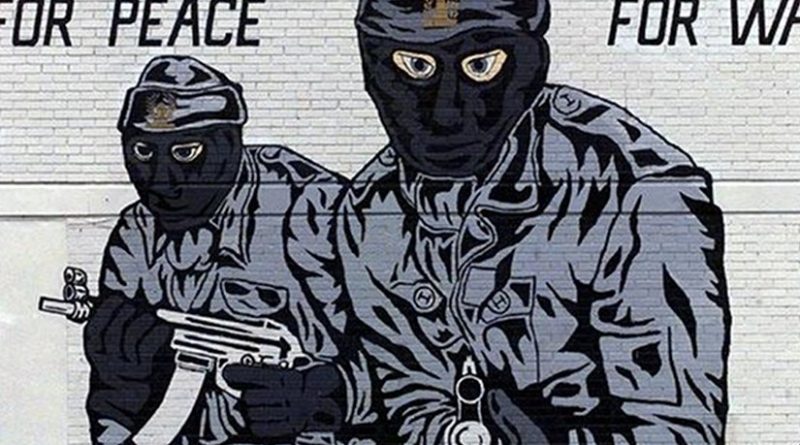 Demands to change the definition of victimhood derive from the historical narrative and political dimensions of victimhood.  To recognise paramilitaries as victims would be seen as legitimising their campaigns, whilst removing victimhood status from certain people would demonise and delegitimise them.

Ever since The Victims and Survivors (Northern Ireland) Order 2006 (which defined victimhood as a result of ‘The Troubles’) was established there have been calls to scrap it.  This is due to the fact that some see the current definition as ‘politically expedient and morally defunct’.  DUP MPs have attempted to amend the legislation every year since it was set and now there are calls from the umbrella group Innocent Victims United (IVU) for a Public Referendum on the issue claiming that this is the only way for the supposed widespread ‘swathes’ of public support to be demonstrated: ‘to let the people’s voices be heard’.

The current definition is as follows:

IVU is asking for this referendum in the hope of generating a debate where we can have a ‘genuine examination of the fundamental issue which cripples this society from moving forward’.  This may be so but what is the short punchy referendum question going to look like and who will decide the wording?  We will need a plain straightforward question to which the answer must be: yes or no?  Realistically I cannot see this happening.  The questions around victimhood are more complex than yes or no and black or white.

Proposals have been put forward by IVU as to who would be excluded from victim recognition in the event that a referendum demands change.  One such proposal is if someone was or ever has been a member of a proscribed organisation.  Would this happen to include members of the UDA?  According to IVU the answer is yes; UDA membership would warrant exclusion. However, the UDA only became a proscribed organisation in 1992 even though it had been involved in violence and paramilitarism for decades.  It was perfectly legal to have been a member of the UDA up to 1992.  So if a UDA member had been killed before the 10th of August 1992 the IVU could maybe count you in as an ‘innocent’ victim.

IVU and similar victims groups along with various politicians have been calling for a change for years now but my question is who benefits and who loses; and why?  What is the real reason for this call?  Is the demand for a change simply borne out of an abhorrence of moral equivalence?  Or is it something more cynical?

We are told that the definition was first devised out of expediency.  This is true.  The whole peace process has been politically expedient.  It had to be.  We needed practical solutions to complex problems.  We were coming out of decades of conflict with many people killed and injured by many different actors.  It was a stalemate that could only be resolved through political dialogue and compromise.  There was no decisive victory so there was no chance for one side to decide the terms of the peace.  What we were left with was a society marred by the violence.  We needed to look at the harms inflicted upon each other: not who did it.

The main thrust of the argument from IVU is that it was all the fault of the ‘terrorists’ and the handful of individuals who brought shame on the military and police by ‘dishonouring the code’.  These are the people who cannot be considered victims in the same way that the ‘innocent’ victims are.  I can understand this notion but I disagree with it.

Those convicted of being ‘terrorists’ are easy to pinpoint; they have criminal convictions.  However, there have been and will continue to be an avalanche of cases where such convictions have been quashed due to violations by those in the security forces who presumably ‘dishonoured the code’.  There are also those who were said to have been ‘involved’ but were never convicted of any offence.

Recent revelations surrounding allegations of collusion between the security forces and various paramilitary groups have cast doubts on whether such a ‘code’ even existed here in the first place.  Recent comments from the former head of Special Branch, Raymond White, indicated that when he requested clarifications, at a meeting with Margaret Thatcher, for legal guidelines on agents involved paramilitary activity he was told to ‘carry on with what you are doing, just don’t get caught’. If we follow this logic there was no code.  The few rotten apples theory does not hold water anymore; it was the barrel itself that was rotten.

The problem with black and white definitions and punitive exclusions are that the situation here was too complex and messy.  I think that this is understood by some in IVU.  Recent press releases from IVU acknowledge ‘that perpetrators and their families live among us (as has always been the case) and if such individuals require support via psychological or welfare-based services enabling them to deal with the aftermath effects of actions they inflicted upon their fellow neighbour then this State has an obligation to provide such support to them as citizens of this Nation’.  This recognises the need to look after those who have been harmed or affected by violent conflict and follows the thinking of Gandhi who said: “The measure of a country’s greatness should be based on how well it cares for its most vulnerable populations”.  Ironically this sentiment fits with the current definition which they seek to change.

I sense that the demand to change the definition is more around the historical narrative and political dimensions of victimhood.  To recognise paramilitaries as victims would be seen as legitimising their campaigns and that would not do.  As I said above certain sections of the community want to pin the blame for all of our ills on the paramilitary groups and onto them alone.

It may also be a way of shutting down calls from those who demand that certain killings be investigated.  Removing victimhood status from certain people would demonise and delegitimise them: labelling them as ‘undeserving perpetrators’ who brought their demise upon themselves.  Why should we look into those killings?

By pinning all of the blame for the Troubles onto the paramilitary groups, any other actors in the conflict would be viewed as clean, innocent and blameless: apart from the few bad apples who ‘dishonoured the code’.  They would sit at the top of this victim hierarchy.  They are to be reified above all other victims and should be left untouched.

Changing the definition for such political ends would be unjust and morally defunct.  It does no service to people suffering on the ground today.  The battle over the definition of victimhood is just another in the ‘battle a day’ mentality of our political discourse.  The war on the streets may be relatively quiet but the conflict remains alive and well in the minds and egos of some sections of our community.  There is a debate to be had on the issues that have crippled our society for years but we cannot let it descend into one with a yes or no answer: it’s not all black and white.

Some may attempt to label me with being an apologist for terrorists for holding such views but I tend to look beyond such sweeping judgements. I know full well the impact of violence on our people and I would not justify it.  However I do try to understand it; to look into the motivations for violence and to make sure I do all that I can to make sure it is never repeated.  Violence is wrong and should not be used in place of dialogue.  That goes for the State too.  The State should not have a divine right to utilise violence to further its political ends.

Paul Gallagher was injured at his home in Belfast, Northern Ireland, in an indiscriminate sectarian gun attack in 1994 in which he was left paralysed and confined to a wheelchair.  He is currently the Chairman of Victims and Survivors Trust – a registered charity supporting victims of conflict.  He is also studying for a Degree in Psychological Trauma Studies at Queen’s University, Belfast.

This article was originally published on Paul Gallagher’s blog, ‘A Journey into the Grey Zone’, and is available by clicking here.

Home » Changing The Definition Of Our Victims: Who For And Why? – OpEd