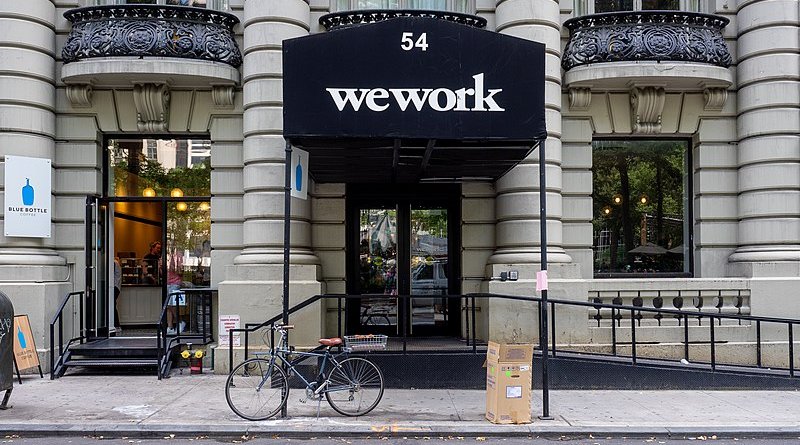 It was the height of the Dotcom boom, and a wonderful time to be alive. To be young was even better, because these old investment bankers — normally shrewd to the point of tightness in financial matters — were falling over themselves to give you money.

Any new whizzy idea could command millions of dollars in investment, as long as it had the Dotcom suffix attached. It seemed that the more laid-back the “entrepreneur” pushing the idea was, and the wackier their proposal, the better.

It all ended badly, with the Dotcom boom turning into a bubble before ending in tears with the bust of 2000 — the start of a long, depressing four years of bear markets in global stock markets. The investment bankers — many of whom lost their jobs in the downturn — could not afford the swanky restaurants any more, and began — out of necessity — to dress down in the manner of their erstwhile lunch hosts.

I mention this bit of lost business history because it appears the phenomenon is back, and has all the signs of turning sour again. For at least the past eight years, global stock markets have been on an apparently inexorable rise, and the main engine of this exuberance has been the technology sector.

Replace Dotcom with “tech” and the result is pretty much the same: Rich old men who should know better throwing money at ideas propagated by youngsters who claim to have hit on a formula for rapid economic and financial growth — all at the touch of an app.

Nothing could sum it all up better than the situation at WeWork, the American workspace firm whose mission is to “create a world where people work to make a life, not just a living.”

WeWork was the brainchild of Adam Neumann, who was last week forced out of the CEO job at the company he created — another example of a founder entrepreneur, like Jerry Yang of Yahoo and Travis Kalanik of Uber, who had great ideas but could not see them through to maturity.

Do not feel too sorry for Neumann — he is still sitting on a fortune in WeWork shares and other assets. But his semi-demise, and the failure of WeWork to see through the initial public offering (IPO) that had been planned, could have big implications for global stock markets, and for important investors in the Arabian Gulf.

On top of the disappointing performance of Uber since its own IPO, and the difficulties of several other American tech startups in their efforts to come of age in an IPO, it could put a big dent in the global hi-tech sector that has been the main driver of equity market strength these past few years.

The trickle-down effect from the big quoted companies could affect prospects in the hi-tech venture capital business centered in California but invested by the whole world. These companies — under the leadership of entrepreneurs in the mold of Neumann and the casual lunchers of the Dotcom boom — are the seed bed of global technological advance.

Saudi Arabia and the UAE have been especially prominent in cultivating these startups, mainly through the massive investment via the Kingdom’s Public Investment Fund and the Emirates’ Mubadala. The Gulf sovereign wealth funds put some $60 billion into the first Vision Fund set up by SoftBank of Japan, and are now considering how much they should invest in the second fund.

The danger is that the valuations of the existing investments could drop if it looks like there is no exit path onto public  markets via IPOs.

The good news, however, is that SoftBank and the Vision Funds are long-term committed investors, and do not expect every one of their projects to be a soaraway success. Out of the failure of the Dotcom era came the eventual success of the giants of the tech business, like Facebook, Google and Amazon, and if the Gulf investors hit on just one of those, they have struck gold.

For some, the excruciating city lunches of the 1990s paid off in the end.

• Frank Kane is an award-winning business journalist based in Dubai.  Twitter: @frankkanedubai

Home » From The Dotcom Bust, Lessons For The WeWork Generation – OpEd