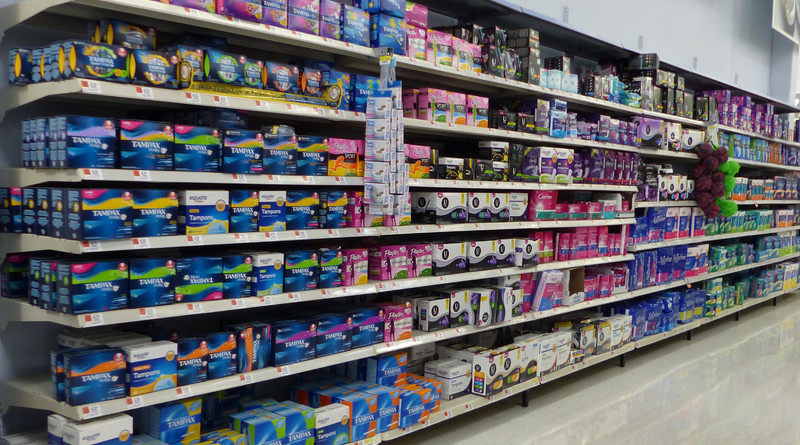 Striving to fill the gender gap, most people discuss equal education and employment opportunities, women’s rights to move freely including their right to drive or travel with no guardianship, in addition to providing men and women with the same qualifications and job tasks and the same pay. However, one of the most striking examples of the gender gap in today’s world is barely highlighted; that is the Pink Tax.

At a time governments are trying hard to shed as many lights as possible on their efforts to bridge the gender gap, it’s hard to ignore the fact that women are charged more than men for the same products they purchase and consume.

The Pink Tax also referred to as the Women Tax describes the extra cost that only women pay for products they use, including very basic ones, just because they are aimed at women. This gender-based pricing was first noted by French women in 2014, after which they launched an online petition calling on their government to end this practice, saying that women are charged for the basic products they use while men are not.

Are you interested in investigating this claim? Take a trip to the nearest grocery store and look for hair shampoos, razors, and clothes. Don’t women’s products cost a little (or in some cases) way more than those for men? Even more interestingly, the pink tax isn’t only limited to pre-priced products marketed to women, it can also be traced in services offered to women, such as haircuts, dry cleaning, auto-related services, and health insurance.

Observers have for years noted that pink-themed products that are aimed at young generations, such as kid’s toys are usually priced higher than those in blue or green. This clearly points to a systematic non-accidental business strategy to charge women more than men. A study conducted by the New York City Department of Consumer Affairs in 2015 concluded that women pay 42% more than men do. Another study by the London Times in 2016 found out that women in the UK are charged 37% more than men. Unfortunately, no such studies have examined the cost gap in Middle Eastern countries. Yet, women in this part of the world are already speaking up against this extra charge.

While views in favor of the “pink tax” suggest that women’s products require more packaging and design effort so it appeals to women, some are also made of “more delicate” ingredients and thus cost more than those for men. Yet, comparing ingredients in men’s and women’s shampoos of the same brand would often turn out to be identical. Similarly, many women have for years campaigned to buying men’s razors instead of those for women, in order to avoid paying the extra money.

In a 2017 report, the UAE-based The National investigated the scale at which the pink tax affected goods’ prices across the UAE.

Only a few months ago did the pink tax stir controversy in Lebanon, after 7 male members of the Lebanese cabinet announced a new list of 300 subsidized basic commodities as a response to the acute economic crisis in the country. As soon as the list was approved and announced, women noticed that their most necessary needs had no place in the list, including sanitary pads and tampons that have witnessed skyrocketing prices in the aftermath of the currency devaluation. The breaking point was the fact that razors used mostly by men were amongst the subsidized items.

In their quest for social and financial equality, women around the globe clearly still have a long way of identifying signs of inequality so they speak up against it and bridge the gender gap as much as possible.

Home » What Is The Pink Tax And How Does It Affect Middle Eastern Women? – Analysis