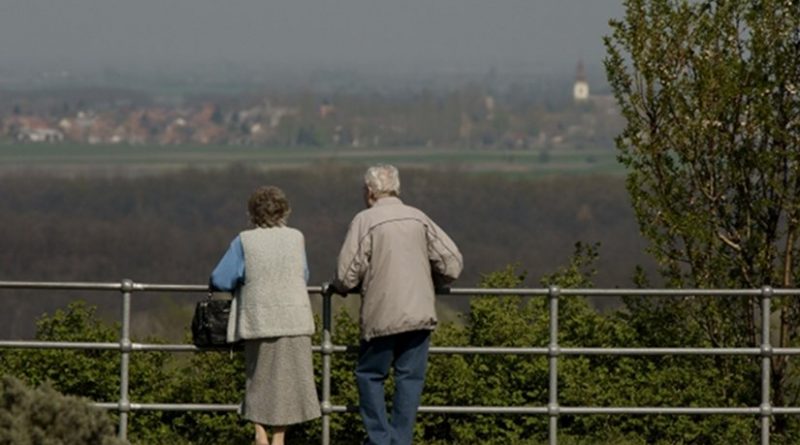 Removing the appendix early in life reduces the risk of developing Parkinson’s disease by 19 to 25 percent, according to the largest and most comprehensive study of its kind, published today in Science Translational Medicine.

The findings also solidify the role of the gut and immune system in the genesis of the disease, and reveal that the appendix acts as a major reservoir for abnormally folded alpha-synuclein proteins, which are closely linked to Parkinson’s onset and progression.

“Our results point to the appendix as a site of origin for Parkinson’s and provide a path forward for devising new treatment strategies that leverage the gastrointestinal tract’s role in the development of the disease,” said Viviane Labrie, Ph.D., an assistant professor at Van Andel Research Institute (VARI) and senior author of the study. “Despite having a reputation as largely unnecessary, the appendix actually plays a major part in our immune systems, in regulating the makeup of our gut bacteria and now, as shown by our work, in Parkinson’s disease.”

The reduced risk for Parkinson’s was only apparent when the appendix and the alpha-synuclein contained within it were removed early in life, years before the onset of Parkinson’s, suggesting that the appendix may be involved in disease initiation. Removal of the appendix after the disease process starts, however, had no effect on disease progression.

In a general population, people who had an appendectomy were 19 percent less likely to develop Parkinson’s. This effect was magnified in people who live in rural areas, with appendectomies resulting in a 25 percent reduction in disease risk. Parkinson’s often is more prevalent in rural populations, a trend that has been associated with increased exposure to pesticides.

The study also demonstrated that appendectomy can delay disease progression in people who go on to develop Parkinson’s, pushing back diagnosis by an average of 3.6 years. Because there are no definitive tests for Parkinson’s, people often are diagnosed after motor symptoms such as tremor or rigidity arise. By then, the disease typically is quite advanced, with significant damage to the area of the brain that regulates voluntary movement.

Conversely, appendectomies had no apparent benefit in people whose disease was linked to genetic mutations passed down through their families, a group that comprises fewer than 10 percent of cases.

“Our findings today add a new layer to our understanding of this incredibly complex disease,” said Bryan Killinger, Ph.D., the study’s first author and a postdoctoral fellow in Labrie’s laboratory. “We have shown that the appendix is a hub for the accumulation of clumped forms of alpha-synuclein proteins, which are implicated in Parkinson’s disease. This knowledge will be invaluable as we explore new prevention and treatment strategies.”

Labrie and her team also found clumps of alpha-synuclein in the appendixes of healthy people of all ages as well as people with Parkinson’s, raising new questions about the mechanisms that give rise to the disease and propel its progression. Clumped alpha-synuclein is considered to be a key hallmark of Parkinson’s; previously, it was thought to only be present in people with the disease.

“We were surprised that pathogenic forms of alpha-synuclein were so pervasive in the appendixes of people both with and without Parkinson’s. It appears that these aggregates — although toxic when in the brain — are quite normal when in the appendix. This clearly suggests their presence alone cannot be the cause of the disease,” Labrie said. “Parkinson’s is relatively rare — less than 1 percent of the population — so there has to be some other mechanism or confluence of events that allows the appendix to affect Parkinson’s risk. That’s what we plan to look at next; which factor or factors tip the scale in favor of Parkinson’s?”

Data for the study were gleaned from an in-depth characterization and visualization of alpha-synuclein forms in the appendix, which bore a remarkable resemblance to those found in the Parkinson’s disease brain, as well as analyses of two large health-record databases. The first dataset was garnered from the Swedish National Patient Registry, a one-of-a-kind database that contains de-identified medical diagnoses and surgical histories for the Swedish population beginning in 1964, and Statistics Sweden, a Swedish governmental agency responsible for official national statistics. The team at VARI collaborated with researchers at Lund University, Sweden, to comb through records for 1,698,000 people followed up to 52 years, a total of nearly 92 million person-years. The second dataset was from the Parkinson’s Progression Marker Initiative (PPMI), which includes details about patient diagnosis, age of onset, demographics and genetic information.