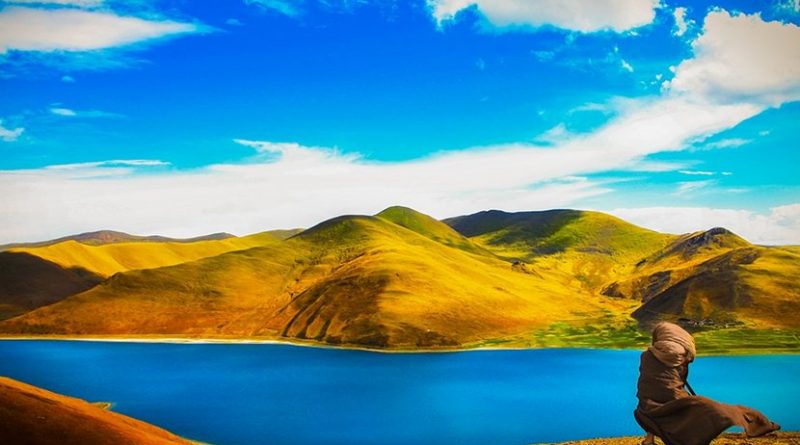 Once again, humanity might be well served to take heed from a history lesson. When the climate changed, when crops failed and famine threatened, the peoples of ancient Asia responded. They moved. They started growing different crops. They created new trade networks and innovated their way to solutions in other ways too.

Their paper, published in the journal Science Advances, describes a computer model they developed that shows for the first time when and where in Asia staple crops would have thrived or fared poorly between 5,000 and 1,000 years ago.

When the climate cooled, people moved away or turned to pastoralism – herds can thrive in grassland where food grains can’t. And they turned to trade. These strategies eventually coalesced into the development of the Silk Road, d’Alpoim Guedes and Bocinsky argue. In some areas they also diversified the types of crops they planted.

With their new computer model, the researchers were able to examine in detail how changing climate transformed people’s ability to produce food in particular places, and that enabled them to get at the causes of cultural shift.

“There’s been a large body of literature in archaeology on past climates, but earlier studies were mostly only able to draw correlations between changes in climate and civilization,” said lead author d’Alpoim Guedes, an assistant professor in the Department of Anthropology and Scripps Institution of Oceanography at UC San Diego. “What we’re showing in this work is exactly how changes in temperature and precipitation, over space and time, would have actually impacted people – by affecting what they could and couldn’t grow.”

D’Alpoim Guedes is an archaeologist who specializes in paleoethnobotany – analyzing ancient plant remains – to understand how human subsistence strategies changed over time. Bocinsky is a computational archaeologist. The duo developed their model by combining contemporary weather station data from across Asia with a hemisphere-wide paleoclimate reconstruction to create a simulation across space and time of how temperature in Asia changed. They also added data on archaeological sites and the record of seeds found there.

One major transition in climate – global cooling at the time – happened around 3,700 to 3,000 years ago. And what is true now was true then: changing temperatures don’t affect all regions of the globe equally. The effects are most pronounced in high latitude and high-altitude areas, and d’Alpoim Guedes and Bocinsky show how dramatic the changes were, for example, in Mongolia and the Tibetan Plateau. There, around 3,500 years before the present, broomcorn and foxtail millet would have failed to come to harvest about half of the time. People had to abandon the crop in favor of more cold-tolerant ones like wheat and barley.

They also argue that cooling temperatures made it increasingly difficult to grow key grain crops across Northern China between AD 291 and 360, something that may have ended up playing a key role in the relocation of the Chinese capital to from Xi’an to what is now Nanjing, in the south of the country.

This was not a painless move – not like finding a better apartment across town. Historical records report on catastrophic harvests (read: famines). And there were major migrations of people, accompanied, the researchers say, by the myriad little conflicts these migrations often bring, as well as bloody struggles.

Climate change also stimulated the development of transportation infrastructure across Asia, the co-authors say, including the later Sui Dynasty’s decision to invest in a major capital public project and create China’s Grand Canal. The Grand Canal, now a UNESCO World Heritage Site, is the world’s longest and oldest canal, linking the Yellow and Yangtze rivers. It was a major facilitator for the movement of people and their trade goods.

“Crises are opportunities for culture change and innovation,” Bocinsky said. “But the speed and scale of our current climate change predicament are different.”

The impacts of warming going forward are going to be quicker and greater, and humanity has had 4000 years to adjust to a cooler world, d’Alpoim Guedes said. “With global warming these long-lasting patterns of adaptation will begin to change in ways that are unpredictable,” she said. “And there might not be the behavioral flexibility for this, given current politics around the world.”

Also mechanized, industrialized agriculture and global agricultural policy are pushing us toward mono-culture of crops, said d’Alpoim Guedes. We need to move in the opposite direction instead. “Studies like ours show that bet-hedging and investing in diversity have been our best bets for adapting to climate change,” she said. “That is what allowed us to adapt in past, and we need to be mindful of that for our future, too.”

For those wishing to reproduce the paper’s findings: The code is open source and any user of the free statistical software R can download the package the authors are making available and run the analysis themselves. Researchers can also extend d’Alpoim Guedes and Bocinsky’s findings by running analysis on other crops and other locations in different parts of the world. It is even possible, the co-authors say, to modify their code and then, potentially, to project for future crop failures.

Home » What Happened In The Past When The Climate Changed?