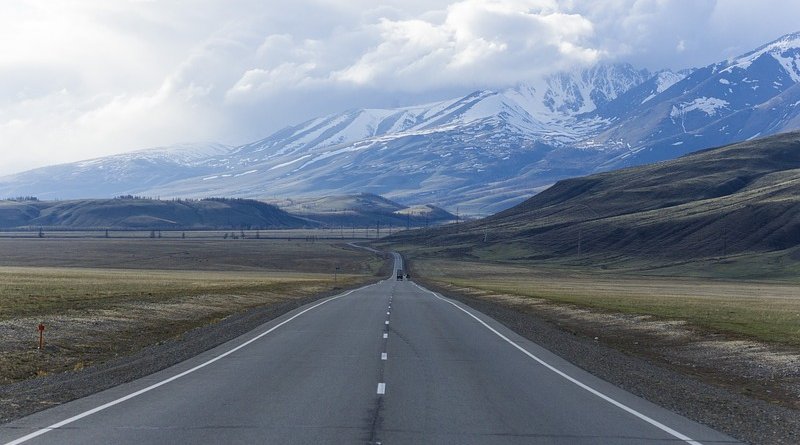 An article intending to show that Russia’s roads are better than Russians think and therefore should rank higher on international ratings than they do in fact confirms just how far behind the West that country despite being the largest on earth lags in developing high-speed, multi-lane roads.

At the end of the 1990s, Ruslan Khubiyev says, Russia had only 365 kilometers of such highways. Now, it has 2050 km; but Moscow plans to boost that number to 7600 km by 2025. Even if it reaches that level, which the record suggests is highly unlikely, it will still lag far behind Western Europe, China and most of the 50 US states (iarex.ru/articles/71890.html).

Most of these modern roads are concentrated in and around Moscow, thus creating the impression that the situation with regard to highways in the country as a whole is similar to that which exists in other countries. But in fact, once one goes a few hundred kilometers beyond the ring road, such highways are rare.

Khubiyev reports these and other figures in the course of arguing that Russia’s low ratings regarding highways represent what he calls “outdated stereotypes” rather than current reality.  And because Russians believe their country’s roads are bad, Russia is routinely ranked as having bad roads.

“In other words,” the Moscow commentator says, “if representatives of business in Namibia and Ruanda consider that their roads are good, those countries rank higher” — 31st and 32nd respectively last year while inappropriate Russian attitudes keep the country down near the bottom at 114th place.

“Automobile roads in Russia are an eternal problem for a long list of reasons,” the commentator says. First of all, Russia is “an enormous country,” so connecting all of its parts together is a huge challenge. Second, there are significant regional variations in weather and the topography. Third, it lost a great deal of highway infrastructure in World War II.

Fourth, the Soviet Union missed the growth in automobiles in other countries in the decades after the war and thus Russia didn’t have the roads when it began acquiring more cars. And fifth, “the majority of existing roads were built during the Soviet period” and are wearing out. Consequently, the need for repairs makes it harder to build new roads.

As Khubiyev points out, the Russian government divides the country’s roads into three classes, those of federal importance which connect Moscow with foreign countries and regional center, those of regional or municipal importance, and those roads and streets within a particular city or village.

Some in the first category have serious problems, but a majority of those in the second and third do. The Russian government plans over the next six years to bring up to standard at least 85 percent of the roads in 83 federal subjects. Only 46 percent of roads in this category now do so.

Dialogue, cooperation and multilateralism remain essential for society’s efforts to solve the pressing problems of our times, such as climate