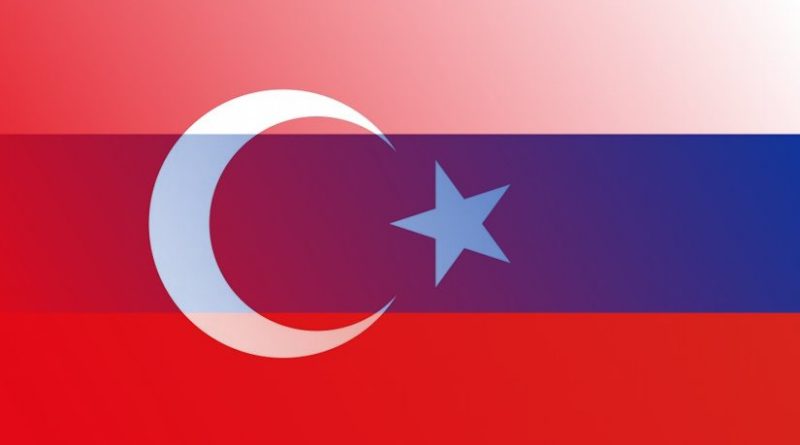 Flags of Turkey and Russia.

The Middle East enveloped by military turbulence generated by global and regional power-play and the spectre of ISIS power-push in the region did not require another provocative military escalation of tensions by Turkey after the Russian military intervention in Syria for the twin objectives of neutralising the ISIS and also ensuring no regime change takes place in Syria by Syrian rebel groups supported by Turkey, Saudi Arabia and the United States.

With the ISIS being now viewed as a global threat, the Russian military intervention in Syria should have been welcomed by ISIS- tolerant states because the ISIS that they created for a regime-change in Syria now stands transformed into a strong entity with the potential to devour them too. Turkey may be now reportedly hosting two million Syrian refugees but it also cannot shove-of media reports suggesting that the main influx of new ISIS foreign inductees into ISIS pass through Istanbul and that ISIS exports and sale of oil goes through or bought by Turkey. So therefore Russian military intervention in Syria primarily against the ISIS which figures now in Russian threat perceptions should have been welcomed as any ISIS neutralisation would now require a global effort.

Contextually, in recent years under the same Turkish top leadership there was a marked upsurge in Turkey-Russia political, military and economic relations with consequent mutual benefits to both these nations. That itself should have held back Turkey and the Turkish President from authorising the shoot-down of the Russian Air Force fighter plane on a mission on the Syrian-Turkish border. So what has changed after the Russian military intervention in Syria? Was Turkey under NATO pressure? Or were Turkish regional power ambitions being thwarted or were there strong domestic political compulsions? Readers can draw the conclusions from the discussion below.

Turkey seemingly indulged in unwarranted brinkmanship against Russia by shooting down a Russian Air Force SU-24 which Turkey claimed intruded into Turkish airspace for 17 seconds while on bombing sorties against the ISIS, and that was all the more reason for Turkey to exercise restraint going by the tense overlapping of multi-nations bombing sorties against the ISIS in the congested airspace on the Turkish-Syria border.

Russian military intervention in Syria and use of Russian Air Force for bombing of ISIS locations in Syrian territory on the Syria-Turkey border has rattled Turkey. This basically arises because Russian air strikes are also targeting Syrian rebel positions which besides other rebel groups also target Syrian Turkmen rebel positions which enjoy Turkish support and have Turkish ethnic linkages

While Russia so far has held its hand back from military retaliation against Turkey for this brinkmanship challenge for geopolitical reasons, but reports suggest that Russian ripostes are now two pronged. The first is economic retaliation by curtailing gas supplies to Turkey, cutting of Turkish imports into Russia and clamping on Russian sizeable tourist traffic to Turkey.

But stronger retaliation short of war against Turkey is the Russian intensification of air strikes against Syrian Turkmen positions contiguous to Turkey’s Southern border. This besides neutralising sizeable rebel forces operating against the Syrian regime of President Assad hurts Turkey most contextually in terms of Turkey’s domestic politics.

Analysing the military implications first, it needs to be brought out first that Tukey’s President would be powerless to hit back at or impede Russian Air Force strikes against Syrian Turkmen positions, with Russian Air Force operating strictly in Syrian airspace. Secondly, Russia has decided now to provide Russian Air Force fighter aircraft escorts to its aircraft on bombing sorties along the Syrian-Turkish border. Thirdly, Russia has despatched highly advanced S-400 Air defense missiles systems which in similar circumstances would be able to shoot down Turkish Air Force planes impeding Russian strikes against Turkmen and other rebel positions. Fourthly, which option Russia recently employed in its present military intervention was the use of long range cruise missiles to effect from as far as off Russian Navy ships in the Black Sea.

Since Russian military strikes on Turkmen rebel positions was becoming a strong pressure point in Turkish domestic politics and likely now to become intensified, the Turkish President may have to regret on this attack on the Russian Air Force strike aircraft.

Controversy has gone viral on blogger-sites as to how Turkish TV crews were at the right place, at the right time and facing the right direction, to film live the Russian Air Force strike aircraft going down in flames after being hit by Turkish military action. This controversy got further reinforced when the Russian President indicated that all Russian air strikes undertaken along the Syrian-Turkish border, prior details were being provided to the United States. This factor brings into account that the United States could have passed on this information to Tukey making this downing of the Russian Air Force aircraft a “premeditated” one. Notwithstanding the fact that this controversy will go on for some time, let us now examine the geopolitical implications.

The Russian President may have presently held back his hand for wider geopolitical reasons but it would be uncharacteristic of him not to retaliate strongly with a military option wherein Russia provides strong military backing to Kurdish rebels battling the Turkish regime. This could add to Turkish military challenges which already have multiplied after Turkey also pitched-in for a regime-change in Syria.

Turkey’s regional power aspirations in the Middle East stand a greater chance of being dented with Russia no longer friendly-disposed towards Turkey and Russia-Iran strategic convergences against regime-change in Syria getting that much more reinforced. Turkey has already spoilt its relations with Iran after recording a phase of friendly relations some years back.

The Turkish President short of an outright apology to the Russian President for this provocative military action which Turkey could have passed-off as an over-reaction by Turkish Air Force and lessened the chances of any further escalation, went only that further to express ‘sadness’ over the incident,

The Russian President’s strong reactions terming the Turkish shooting down of the Russian Air Force fighter-plane as a “stab in the back” and by “accomplices of terrorists” cannot be taken lightly, especially the latter term which connotes Turkey as accomplice of the ISIS.

Concluding, it needs to be observed that Russia-Turkey relations seem to be headed towards “frozen turbulence” in which Turkey may be a bigger loser geopolitically than Russia. Turkey’s strategic space and flexibility in the regional strategic space is likely to be restricted now.