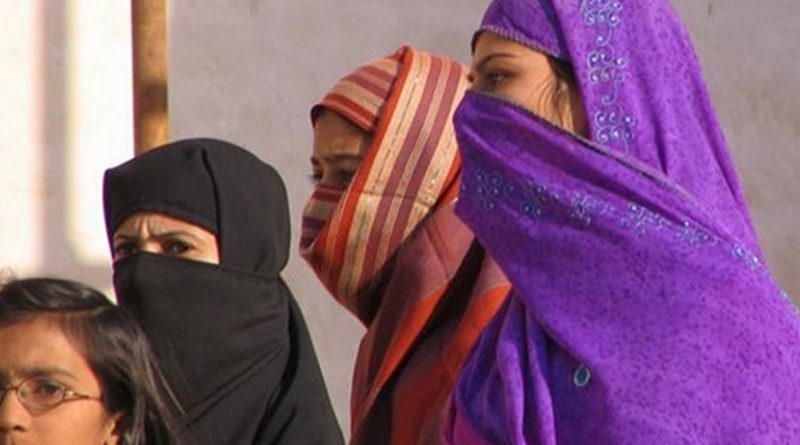 This morning, over a bowl of oatmeal and a cup of tea, I said goodbye to life in Pakistan. I had been the guest of Bashir Akhtar, the wealthy grandfather of a high school student in my history class. The Lahore-based clan wanted to honor the teacher who had turned their 18-year-old grandson around and so I had been invited to have a quiet vacation in Punjab.

Three days after I arrived, Benazir Bhutto was murdered and all businesses were closed for three days. Mobs sacked banks and massive electrical blackouts increased to 20 or more times per day. Nonetheless, my life in Lahore was anything but dreary. To be honest, the trip was a non-stop love fest. After three weeks and hundreds of hours on the street, I would say that what is missing from the news is simply this: the Pakistani people.

Two magazine covers call Pakistan “the most dangerous place on earth” but that is not how the people see things. Pakistanis are fighting against all odds for success, and, after meeting hundreds in markets and country clubs, I can see that they win out — every day.

The nan baker, the shirt cutters, and the street-side barbers assured me that they will survive in the bull’s eye of the American “war on terror.” But really, how can anyone survive in a country surrounded by China, India, Iran and Afghanistan? How can the people find peace in a mountainous land peopled by Punjabis, Balochis, Sindhis, Kashmiris, and Pashtuns? Partial answer: with abundant humor, humility, persistence, and courage.

I can never understand what it means to be a Pakistani, but I know what it feels like to be on the receiving end of jokes, funky Urdu music and the anarchy of traffic where no accidents occur. I danced on New Year’s Eve, shopped in the crazed bazaar of Anarkali and choked up when trying to say goodbye. I was appalled at Benazir’s death, but I was honored to be present during this time of grief and anger. What story tells the tale the best?

They all do, but especially moving is the lawyers’ tale.

My last night in Lahore was an encounter with two fearless Pakistanis, lawyers who pursue careers in a broken legal system. In a place far from the authorities, I had an amazing dinner with Ninna and Ali. He is a corporate lawyer with the firm of Chima and Ibrahim and who can argue cases as a “High Court Advocate.” Also a lawyer, Ninna works for another firm that has a department that only does legal aid work, totally free of charge. Ninna is paid a salary by the firm but no client pays a single rupee. Since the Pakistani government does not fund legal aid, a few big corporate firms shouldered this task and pay for all costs, from investigations to document preparation and litigation. She represents abused women, mainly, and was the lawyer for my host’s home for homeless people.

Unfortunately, Ninna’s work has ground to a halt due to her unwillingness to plead her cases before judges appointed by President Musharraf. On March 9, 2007, Musharraf single-handedly amended the Pakistani constitution and removed Supreme Court Chief Justice I. Chaudhry, claiming that necessity demanded such an act. The other 13 Supreme Court justices re-instated Chaudry on July 20, saying that the President acted illegally and, as Ninna said, “the justices buried the doctrine of necessity.” The justices ruled that “unlawful acts by our president would not be tolerated.”

Musharraf’s response was to castigate the Supreme Court for its investigation into 500 human rights habeas corpus petitions, for its refusal to accept his unconstitutional dual role as army chief and president, and for its “activism.”

After hearing all of this, I had to just stare at this courageous woman. She looks a good bit like Benazir: black-rimmed glasses, voicing passionate thoughts that are impossible to forget. She abandoned a career as a teacher and took time off from mothering her three daughters, so that she could attend law school. Her goal was to do what Pakistan’s founder, Jinnah, had done: become a lawyer so as to bring justice to her people.

As I ate my khazana, tamarind sauce, and becki fish and later, some “traditional English pudding,” she continued with her account of how Musharraf has hijacked the entire judicial system.

“Jinnah would roll over in his grave if he knew what was happening. I can’t afford to stop talking about this; if I do, then no one will know and nothing will change. I appreciate what the U.S. lawyers have done to support us.”

After the Supreme Court re-instated Chaudhry, Musharraf retaliated by requiring a loyalty oath from all judges. Many refused, lost their prestigious jobs and were placed under indefinite house arrest. Outraged to see that the justice system had been destroyed, Ninna and many of her colleagues have refused to file any cases since Nov. 3 in any court.

Ninna continued: “The president’s hand-picked judges were put on the bench unjustly and unconstitutionally. I cannot look at someone placed on the bench illegally and say ‘Your Honor’ since they are not honorable.”

I apologized for asking so many questions, and she responded by saying: “I like talking don’t mind talking a blue streak, because, if I don’t, then I will soon be black and blue. I just hope the police don’t pick me up.”

She and Ali are good friends of many judges who are under house arrest.

The Chief Justice of the Supreme Court is the most notable but dozens of others have lived a bizarre existence, sealed off from the rest of the world by cordons of police. It turns out that their sole means of regular connection is on a wireless device like a Blackberry.

Ali sat quietly, as his wife regaled us with stories of resistance and courage. I asked both of them why they stayed in Pakistan, and they told me that the life for a family is good. Their children learn their culture and get to know their grandparents. And, as every upper middle class Pakistani has told me, hiring help for the home costs very little. “In England, we would have to drive to work, garden, and cook. Here, we can have a driver, a gardener and a cook.”

Since they had just come a workout at the gym, I asked Ali what he did for sports. He is over six feet tall, so I assumed he would say basketball, but, as every Pakistani man has told me enthusiastically, “I play cricket.” It turns out that he is a bowler (like a pitcher in baseball) and a good hitter, too.

We ended our evening over a cup of green tea, spiced by a clove of cardammon and some kind of red nut. Both Ali and Ninna were emphatic in saying that President Musharraf has made himself into a dictator by ending the constitutionally mandated court system and by threatening to dismiss the legislature if it does not rubber stamp his proposals. They explained that, even if Benazir had been elected and chosen as Prime Minister, Musarraf has the power to fire the PM and to dismiss the entire Parliament “due to necessity.”

I hope that Ninna wins her fight and that justice is restored to Pakistan. Like most Pakistanis, she has lost faith in President Musharraf and resents President Bush’s mindless support of war. Pakistanis seem to believe that their country deserves a chance to live and prosper in the center of today’s “Great Game” and not be tossed into the fire like Iraq and Afghanistan.

This article originally appeared at Spero News on January 9, 2008

Dr. Tito Craige is a history teacher at Durham Technical Community College in North Carolina. In the 1980s he wrote stories on human rights abuses in the Philippines. He also founded and directed the Farmworker School, a North Carolina program that combines literacy and self-advocacy skills. His movie, Voices of a Silent People, won the National Broadcasting Society grand prize and a story about troubled students won the prize for the best non-fiction writing in NC.