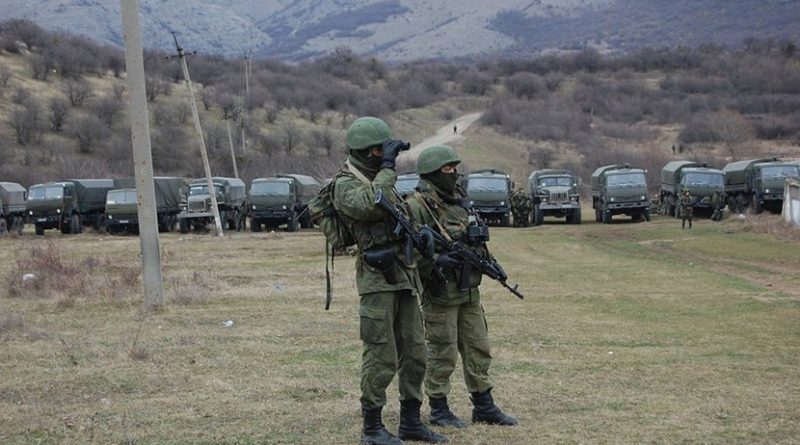 When the history of the 21st century is written, Vitaly Portnikov says, Russia’s occupation of Crimea “beyond any doubt will be among the most important,” not because of the Ukrainian peninsula itself but because of two other factors that seldom get the attention now they will in the future.

According to the Ukrainian commentator, Crimea is sacred ground for only one people, the Crimean Tatars. “For Ukraine, it is a symbol of territory torn away from it; for Russia, it is a demonstration of the right of force and its own ability to act without punishment” (obozrevatel.com/politics/2364-russkie-i-ukraintsyi-chuzhie-narodyi.htm)

The first thing historians will take note of in the case of the Crimean Anschluss is this, Portnikov says. “Never in the 21st century before Crimea and not in the last decades of the 20th did any state dare to annex the territory of another.”  Russia did and undermined international law as such.

Whether Russia succeeded in destroying this law altogether and thus return the world to the law of the jungle will depend on whether the international community is able to hold Russian accountable and force Moscow to withdraw and return Crimea to Ukraine, the commentator continues

But the second result of Russia’s Anschluss is likely to be almost as important. The annexation of Crimea was “not simply the beginning of ‘a hybrid war’ between Russia and Ukraine but a conflict of the Russian and Ukrainian peoples. This is a real civilizational shift in the history of the Russian people itself and its empire.

The Russian state became an empire and not simply a remnant of the Golden Horde, precisely after it joined the Ukrainian lands to it, Portnikov argues.  Indeed, “the ideology of empire, its apparatus, its new church after the Nikonian reforms, and its economy were the result of the inclusion of Ukrainian lands and the cooperation of Russians and Ukrainians.”

By invading, occupying and annexing Crimea, Putin has destroyed that basis for empire. But he has done more than that. Just as the defeat of Russia in the Crimean War 160 years ago allowed Italy to unite and join the concert of European powers, so now, Russia’s self-defeating actions in Crimea and elsewhere in Ukraine are helping Ukrainians to achieve the same.

Five years ago, Putin was able to achieve this. If on February 28, 2014, it was almost impossible to imagine that Russian and Ukrainian soldiers would be shooting at one another, “today this is something quite ordinary, a part of our lives,” Portnikov says.

And while it is true that there are not a few people in Russia who still love Ukraine and “not a few in Ukraine who love Russia, some the Russia of Putin and others the Russia of Herzen, Sakharov and Nemtsov, this does not mean that the following simple fact is not true,” Portnikov says

“Five years ago, Russia and Ukraine became hostile states.” But more than that, the Ukrainian commentator says, Russians and Ukrainians became hostile peoples, each viewing the other as alien.  That changes the course of history not just in Eastern Europe but more broadly and is a shift that even now everyone must acknowledge and take into account.

Because whatever happens to Crimea and one very much hopes Russia will be forced to return it lest international law be left in tatters, this change in the attitude of Russians and Ukrainians toward one another is not going to be reversed, even if eventually the two countries can live in peace as neighbors.

3 thoughts on “Conflict Over Crimea Between Two Peoples, Not Just Two States – OpEd”